Thirty-one athletes who earned medals at the World Athletics Championships Doha 2019 – including 11 champions – will return to the Qatari capital on Friday (28) for the second Wanda Diamond League meeting of 2021.

Every scoring discipline on the programme includes at least one world medallist, while three of the disciplines – the women’s triple jump, pole vault and discus – boast the full complement of podium finishers from the 2019 World Championships.

All eyes will be on the triple jump after world champion Yulimar Rojas bounded out to a world-leading 15.43m at the World Athletics Continental Tour meeting in Andujar last week. Her leap is the same distance as her world indoor record and just seven centimetres – which, if you’re reading this on a smartphone, is roughly the width of your device – away from the long-standing world record.

The last time Rojas was in Doha, she won the world title with 15.37m. The Venezuelan will be reunited with the top five finishers from that occasion, including Olympic champion Caterine Ibarguen, world silver medallist Shanieka Ricketts, Commonwealth champion Kimberly Williams, and 2011 world champion Olga Saladukha. USA’s Keturah Orji and Dominica’s Thea LaFond, both of whom have set national records this year, are also in the line-up.

The women’s pole vault is of a similarly high standard and is essentially a replay of the 2019 World Championships, featuring the top eight finishers from that competition.

World champion Anzhelika Sidorova returns to Diamond League action for the first time in almost two years. She vaulted 4.90m during the indoor season but hasn’t competed since then.

World indoor champion Sandi Morris and 2019 Diamond League winner Katerina Stefanidi – both with season’s bests of 4.80m – are also slated to compete, but Katie Nageotte may start as the slight favourite. The US vaulter recently cleared a world-leading PB of 4.93m, moving her up one place to equal fifth on the world all-time list.

All three world medallists in the women’s discus – Yaime Perez, Denia Caballero and Sandra Perkovic – will be in action on Friday. The presence of USA’s Valarie Allman means the line-up contains three women with 70-metre-plus PBs.

On her 100m season debut at the Wanda Diamond League opener in Gateshead, world champion Shelly-Ann Fraser-Pryce was hampered by the harsh wet and windy conditions, clocking 11.51. 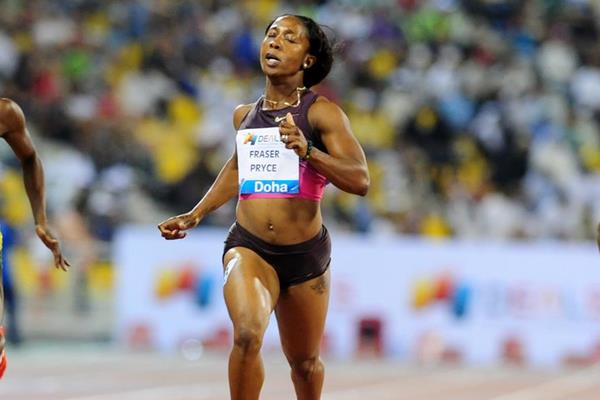 Conditions in Doha will be be far more conducive to fast times, so the Jamaican star is more likely to be closer to the Qatari all-comers’ mark of 10.71 she set when winning the 2019 world title than her performance in Gateshead last week.

The men’s 400m hurdles has been one of the hottest disciplines on the Wanda Diamond League circuit in recent years, and it makes its 2021 debut in Doha with world silver medallist Rai Benjamin lining up against world bronze medallist Abderrahman Samba – half the members of the event’s sub-47-second club.

Benjamin looked extremely comfortable when racing to a world-leading 47.13 at the Continental Tour Gold meeting at Mt SAC earlier this month. Samba hasn’t contested a hurdles race since the 2019 World Championships final, but a 45.43 clocking on the flat in South Africa two months ago shows the Qatari hurdler is in good form.

Kyron McMaster of the British Virgin Islands and Alison Dos Santos of Brazil, who recorded national records of 47.50 and 47.68 respectively when finishing behind Benjamin at Mt SAC, are also in the line-up. 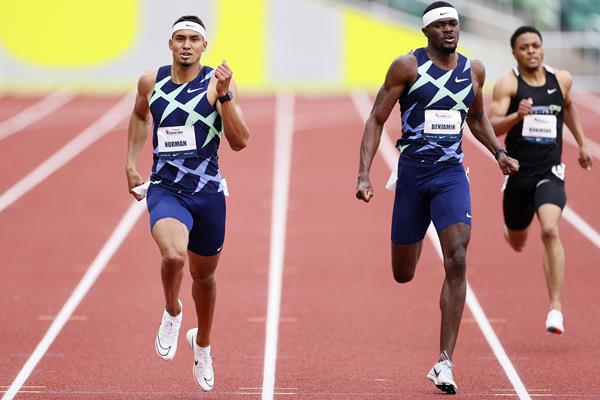 Two of the greatest all-round sprinters in history will clash at their specialist distance when Michael Norman takes on Fred Kerley over 400m.

The US duo’s head-to-head record currently stands at 3-3. Norman won two of their three clashes in 2019, but Kerley took the US title ahead of Norman that year with both men dipping inside 44 seconds.

Kenny Bednarek’s streak of sub-20-second 200m performances came to an end in Gateshead. The US sprinter had posted times of 19.65 (wind-assisted), 19.94 and 19.93 in his first three races of the year, but in the harsh conditions at last weekend’s Wanda Diamond League opener Bednarek managed 20.33 (-3.0m/s). Nevertheless, the manner of his victory there – finishing almost half a second ahead of a world-class field – was a clear statement of the 22-year-old’s form.

Kenyan distance duo Timothy Cheruiyot and Hellen Obiri struck gold in Doha two years ago and will be aiming to come out on top again this weekend.

Obiri will contest the 3000m, the event she won at last year’s Doha Diamond League meeting, and she’ll be up against world 5000m silver medallist Margaret Chelimo Kipkemboi and 2017 world cross-country bronze medallist Lilian Rengeruk. All three Kenyan women have set their 3000m PBs in Doha.

While Cheruiyot has dominated the 1500m on the Wanda Diamond League circuit in recent years, he has yet to win at the Doha meeting. He hopes to rectify that on Friday, though, when he takes on the lines of Australian record-holder Stewart McSweyn, world indoor champion Samuel Tefera, Ugandan record-holder Ronald Musagala and world indoor 3000m bronze medallist Bethwell Birgen. 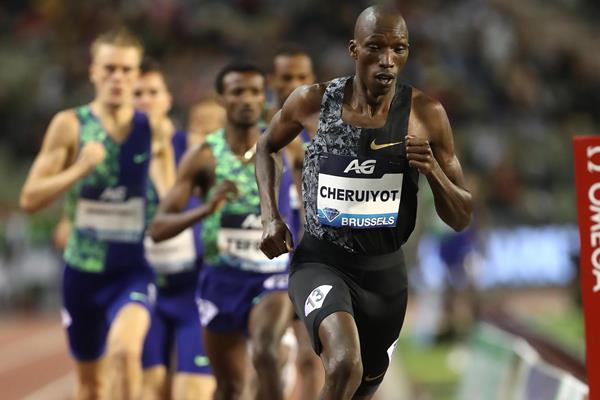 The women’s steeplechase features four of the top five finishers from the World Championships, led by Emma Coburn and Kenya’s Hyvin Kiyeng, the 2017 and 2015 world champions respectively.

World silver medallist Amel Tuka and world bronze medallist Ferguson Cheruiyot Rotich will square off in the men’s 800m. Britain’s Daniel Rowden, who made a break-through last year with some notable international victories, will make his 2021 debut.

For the first time in almost four years, world champion Mutaz Barshim will compete against Olympic champion Derek Drouin in the high jump.

The duo racked up a stack of medals and Diamond League wins between 2012 and 2017, both joining the exclusive 2.40m club in the process, but their careers were hampered by injuries in recent years. 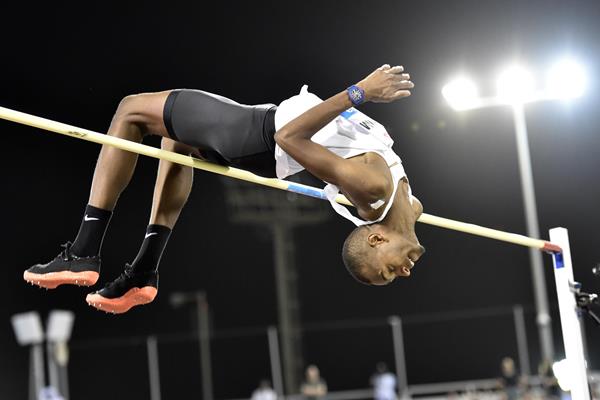 Barshim returned in 2019, winning the world title in sensational style on home soil, while Drouin has been out of action since 2017 and is only just returning to top-flight competition, having cleared 2.24m at a low-key meeting last week.