The highly publicised 3000m duel between a trio of gold medallists from the IAAF World Championships, Beijing 2015 was supposed to be one of the highlights of the 2015 IAAF Diamond League final in Zurich and so it proved, with Ethiopia’s Almaz Ayana coming out on top on Thursday (3).

Ayana and her compatriot Genzebe Dibaba, respectively the 5000m and 1500m world champions in Beijing, were helped initially by the Kenyan pacemaker Lydia Wafula, who took the pair through 1000m in 2:49.92, putting them nicely on course for a fast time below 8:30.

Poland’s Renata Plis then took over but the two Ethiopians wanted a faster pace than she could deliver and so, with just over three laps to go, Ayana went to the front, towing Dibaba behind her as she passed 2000m in 5:35.36.

With two laps to go, the gap between the two Ethiopians and the rest of the field had grown to about 80 metres.

Many pundits in the stands were assuming that Dibaba was just biding her time before pouncing on Ayana, but the latter has clearly grown in confidence after her world title and had other ideas.

Ayana started to pull away from her great domestic rival with 250 metres to go. Unlike in some other races in the past two years, Dibaba couldn’t respond and it was Ayana who took the honours and crossed the line in 8:22.34, a meeting record and just 0.12 outside her own national record.

Dibaba came home second in 8:26.54 but had the consolation of taking the Diamond Race and the US $40,000 winner-takes-all cheque that goes with it.

Kenya’s world 10,000m champion Vivian Cheruiyot admitted the day before that the distance may be too short for her, and the Ethiopians too quick, and this turned out to be the case as she finished sixth in 8:38.91.

Russia’s world 110m hurdles champion Sergey Shubenkov proved that he’s the man of the moment by showing the rest of his rivals a clean pair of heel over the barriers.

The quickest to react to the gun, by the fifth hurdle there was daylight between him and the rest of the field and he won in 13.15, a good time considering the conditions.

His predecessor as world champion, USA’s David Oliver, was a relatively distant second in 13.30, the same time as Orlando Ortega although the Spain-based Cuban was given third. Oliver's season-long consistency meant that the popular US sprint hurdler took the Diamond Race.

After a disappointing World Championships, where she failed to retain her title and instead had to settle for bronze, Kenya’s Eunice Sum bounced back by taking the 800m in 1:59.14.

Germany’s Fabienne Kohlmann led into the last bend but Great Britain’s Lynsey Sharp got to the front off the last bend. However, neither runner could resist the finishing surge of Sum, who passed both of them with 60 metres to go, her win also confirming her Diamond Race victory.

Belarus’s world champion Marina Arzamasova, who won the European title last year on the same track, finished a disappointing fifth in 2:00.69 and always looked a little leaden once the pace started to increase over the final 200 metres.

Just preceding Sum, Panama’s Alonso Edward also got the win he wanted – to add to his victories in Shanghai and Stockholm – to take the men’s 200m Diamond Race.

Another Kenyan to occupy a place on the plinth for the Diamond Race winners in Zurich was three-time world 1500m champion Asbel Kiprop.

After a rather modest first kilometre, Norway’s Henrik Ingebrigtsen darted to the front just before the bell and made an audacious long-range bid for home.

It briefly looked as though he was going to pull off the trick as the chasing pack were slow to react. At the bell, Kiprop was back in 10th place, with Ingebrigtsen 20 metres clear.

However, with just over 200 metres to go, like hyenas chasing down a gazelle, the pack started to hunt down the tiring Norwegian and devoured its prey coming off the last bend.

Kiprop, fourth with 100 metres to go, then went through the gears down the home straight and passed three men before hitting the front with 40 metres to go, winning in 3:35.79 and taking the Diamond Race into the bargain.

Following him home, making it the same one-two as Beijing, fellow Kenyan Elijah Manangoi was second in 3:36.01.

BACK
Pages related to this articleAthletes
Alonso Edward 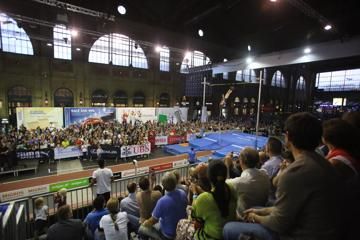 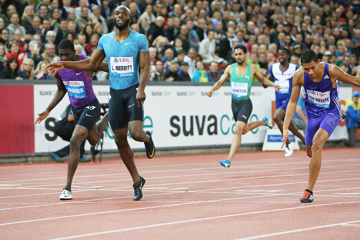 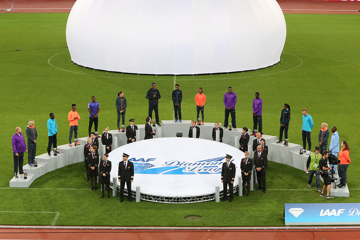 Barshim and Spotakova bounce back in Zurich a...