Sandra Perkovic, winner of the discus at the IAAF Diamond League meeting in London (© Kirby Lee)

Sandra Perkovic will defend her Olympic discus title in Rio knowing she has an almost unassailable lead in the 2016 Diamond Race after winning her fifth straight IAAF Diamond League contest at the Müller Anniversary Games on Saturday (23).

The Croatian was close to her dominating best as she broke Ilke Wyludda’s 26-year-old meeting record. Perkovic threw 69.11m to win the Olympic title here four years ago and produced a winning effort of 69.94m this time to break her own stadium record and seal her first ever victory at the London meeting.

“I love this stadium. I won here four years and there's always a special feeling competing here,” she said. “This victory is very important for me especially going in to Rio after this competition.

“It's amazing competing here and an amazing feeling to win in front of this crowd.”

Perkovic maintained her perfect 2016 IAAF Diamond League record with her second-round throw. That puts her on 50 points, a massive 36 ahead of Germany’s Nadine Muller in second. She merely has to turn up to the IAAF Diamond League final to secure the 2016 trophy.

Dani Samuels moved into equal third after finishing second here with a best of 64.10m.

There was quality throwing in the men’s shot put too as Diamond Race leader Joe Kovacs maintained the advantage over his main rival Tom Walsh with a winning fifth-round throw of 22.04m, just nine centimetres short of his own world lead.

The New Zealander, who started the day just two points adrift of the world champion, took the lead with 21.54m in round two but couldn’t respond to the US thrower, who now leads the standings by six points.

Ekaterini Stefanidi extended her lead at the top of the pole vault Diamond Race with her fourth win of the 2016 series. The Greek European champion was the only vaulter to clear 4.80m while Cuba’s world champion Yarisley Silva managed 4.72m to take second.

Goa Xinglong won the men’s long jump with 8.11m, while Katarina Johnson-Thompson came out on top of an all-British battle with Shara Proctor in the women’s event after the two had swapped the lead for the first three rounds.

The combined-eventer followed up her 1.95m high jump PB from Friday night with a season’s best in the sand of 6.84m. Johnson-Thompson produced six jumps all of 6.60m or farther while Proctor was also consistent, topping out at 6.80m in round five.

Britain’s other Rio-bound heptathlete Jessica Ennis-Hill was 44 centimetres below her best, jumping 6.19m.

“I feel like I am in a good place going into Rio but I would have loved to have jumped further today,” said Ennis-Hill who ran a season’s best 12.76 in the sprint hurdles on Friday night.

BACK
Pages related to this articleAthletes
Sandra PERKOVIĆ 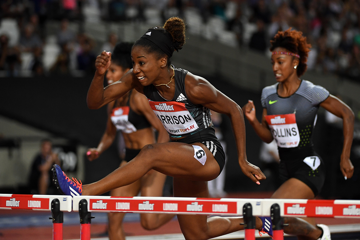 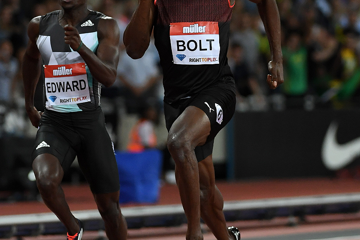 Bolt blasts back to fitness in London – IAAF ... 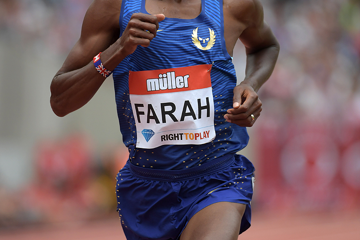 London ends with a flourish as Farah runs wor...