In a tactical two-lap test, Emmanuel Korir used his impressive 400m speed to follow in the footsteps of his compatriot David Rudisha and secure a fourth consecutive Olympic 800m title for Kenya on Wednesday (4).

Leading home his compatriot Ferguson Rotich, the pair achieved the first same-nation 1-2 in this event since 1992, clocking respective times of 1:45.06 and 1:45.23, while Poland’s former 400m hurdles specialist Patryk Dobek claimed bronze in 1:45.39.

It was a brilliant result for Korir, the 2019 world 400m sixth-placer, who had missed out on making the 800m finals at both the 2017 and 2019 World Athletics Championships. This race played perfectly into his hands.

An athlete with a 44.21 PB, Korir jogged around the first lap in 54 seconds and was sitting just behind race leader Peter Bol of Australia at the bell. As Bol kicked, Korir tracked his every move before powering past him off the final bend. With his head rocking with every stride, the 26-year-old Kenyan edged ahead down the home straight, holding off a fast-finishing Rotich, who overtook Dobek in the closing stages.

Bol – who had run 1:44.11 for his second Oceania record in as many days to make the final – was tiring but he managed to hold on to fourth place, running 1:45.92 to finish just ahead of Spain’s Adrian Ben (1:45.96) and Bosnia and Herzegovina’s two-time world medallist Amel Tuka (1:45.98). France’s Gabriel Tual was seventh, Botswana’s 2012 Olympic silver medallist Nijel Amos eighth and US champion Clayton Murphy, who claimed Olympic bronze in 2016, ninth. 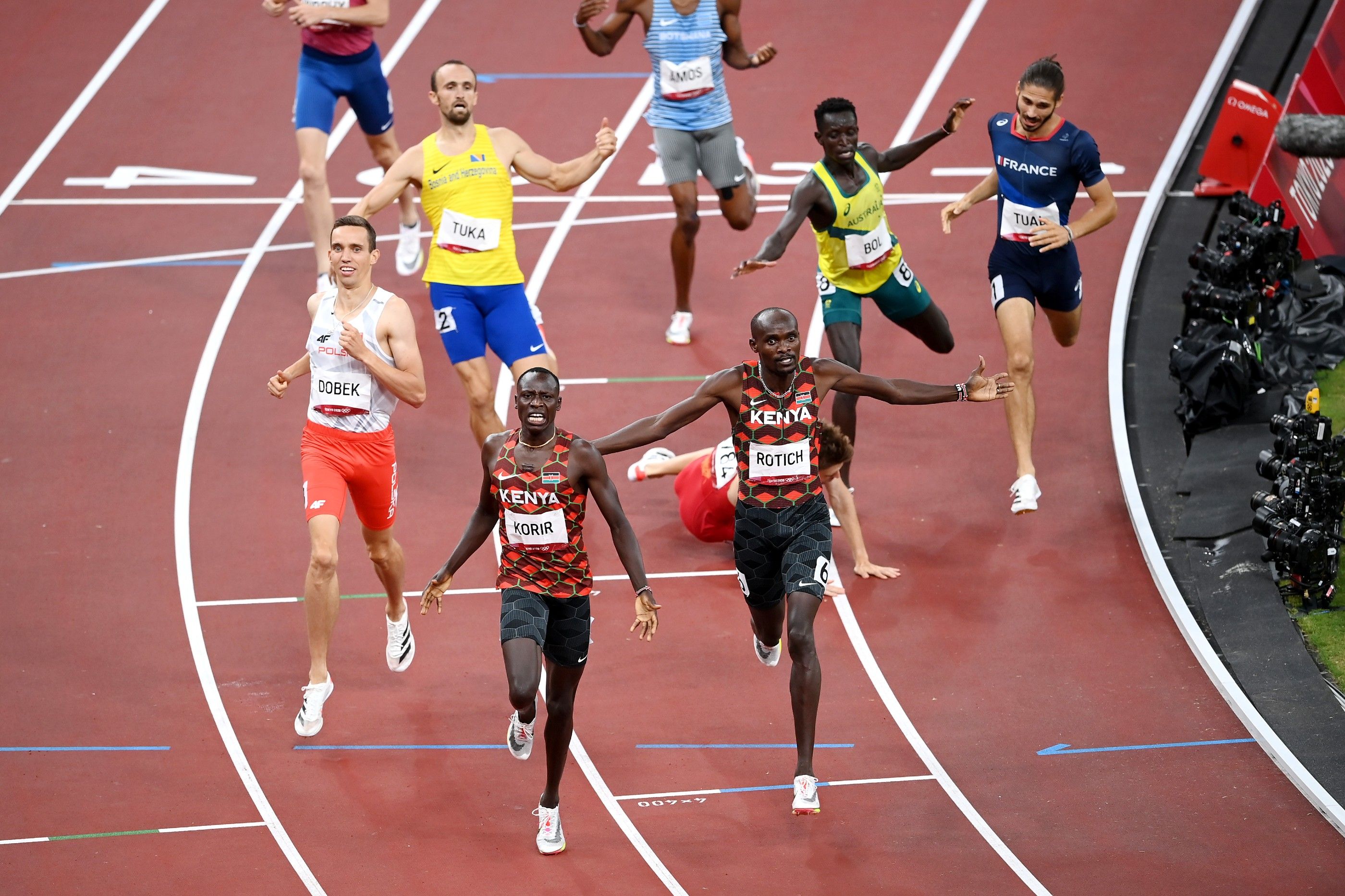 "I don't know what to say, just thanks to God,” said Korir, whose win was his first in an 800m final since his unbeaten season in the two-lap event in 2018. “This is a big thing for me after failing to qualify for the final in the 2017 and 2019 World Championships. But today is my day.”

On his race tactics, he added: "I didn't have any strategy, I just thought I would try and follow and see what would happen.

“There was nobody who wanted to take the pace, so I just said I was going to control it. The Australian guy, Bol, he did something good for me."

World record-holder Rudisha, who ran his remarkable 1:40.91 to win his first Olympic title in 2012, was among those to congratulate his compatriots.

“Back to Kenya!” he wrote on social media. “We retain gold in four straight Olympic Games in the men’s 800m. Congratulations Emmanuel Korir and Ferguson Rotich.”

While succeeding Rudisha as champion, 2017 NCAA champion Korir also emulated his own coach, Paul Ereng, who won a surprise gold at the 1988 Games in Seoul.

Kenya was the last nation to claim an Olympic 1-2 in this event, when William Tanui won from Nixon Kiprotich in Barcelona in 1992. On securing silver behind his compatriot, 2019 world bronze medallist Rotich said: "I'm very happy. Today we brought a silver and a gold, so it's a plus to our country and our lives."

For Dobek, the performance was further proof that his decision to switch from the 400m hurdles was a good one. Having only started racing the 800m this year, he quickly made an impact and won the European indoor title in what was only his fourth competition at the distance. After claiming Poland’s first ever Olympic medal in this event, the 27-year-old paid tribute to his coach.

“His name is Krol, the surname translates as 'king',” said Dobek. “And now I am the king of the 800 at the Olympics.”

The final featured nine athletes following the inclusion of Amos, who was advanced by the referee after being involved in a fall with USA's Isaiah Jewett in the semifinals. That provided one of the heartwarming moments of the Games when the pair shook hands and left the track together after their clash. 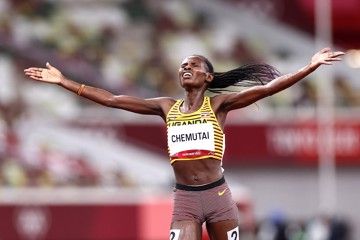 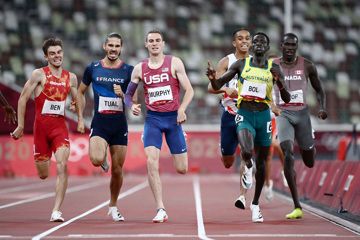 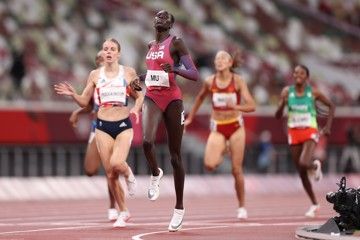