Stars ready to put on a pre-Tokyo show in Stockholm

Just three days after Karsten Warholm’s world 400m hurdles record on home soil at the Oslo Bislett Games, Sweden's Mondo Duplantis will have the chance to emulate the feat when he lines up as part of another strong pole vault field at the Bauhaus-Galan in Stockholm on Sunday (4).

It will be two Wanda Diamond League meetings in four days for Duplantis and a number of other stars as they continue on their road to Tokyo, via Sweden.

After his first-time clearance of 6.01m in Oslo, which came as part of a perfect scorecard up to that point, Duplantis had three attempts at 6.19m, which would have added one centimetre to his own world record set indoors in Glasgow in February 2020. “I really think I can get that record soon,” he said afterwards. “It will come this season.”

The home support and iconic Olympic Stadium venue could well make the difference this time, with 5000 spectators permitted to attend.

World discus champion Daniel Stahl joins Duplantis in being a home star looking for a big performance on home soil. Fresh from their matching 65.72m final round throws in Oslo and their battle in Kuortane, where Stahl threw a world-leading 70.55m and European U23 champion Kristjan Ceh broke his Slovenian record with his first 70 metre-plus throw of 70.35m, another top clash is in store, with Sweden's Simon Pettersson also among those in action.

With talk of world records, having been competing in Oslo on the night of Warholm's record run, did that motivate Stahl even further to see what he might be able to do on home soil and is Jurgen Schult's long-standing world record of 74.08m a target?

Another field events star with experience of Stockholm who will also be keen to put on a show will be Cuba’s world indoor long jump champion Juan Miguel Echevarria, whose marginally wind-assisted 8.83m leap in 2018 forced organisers to have to extend the long jump pit.

Among those adding to the quality in the field events is New Zealand’s shot put great Valerie Adams, as the two-time Olympic, four-time world and five-time Diamond Trophy winner returns to Diamond League competition for the first time since 2018. 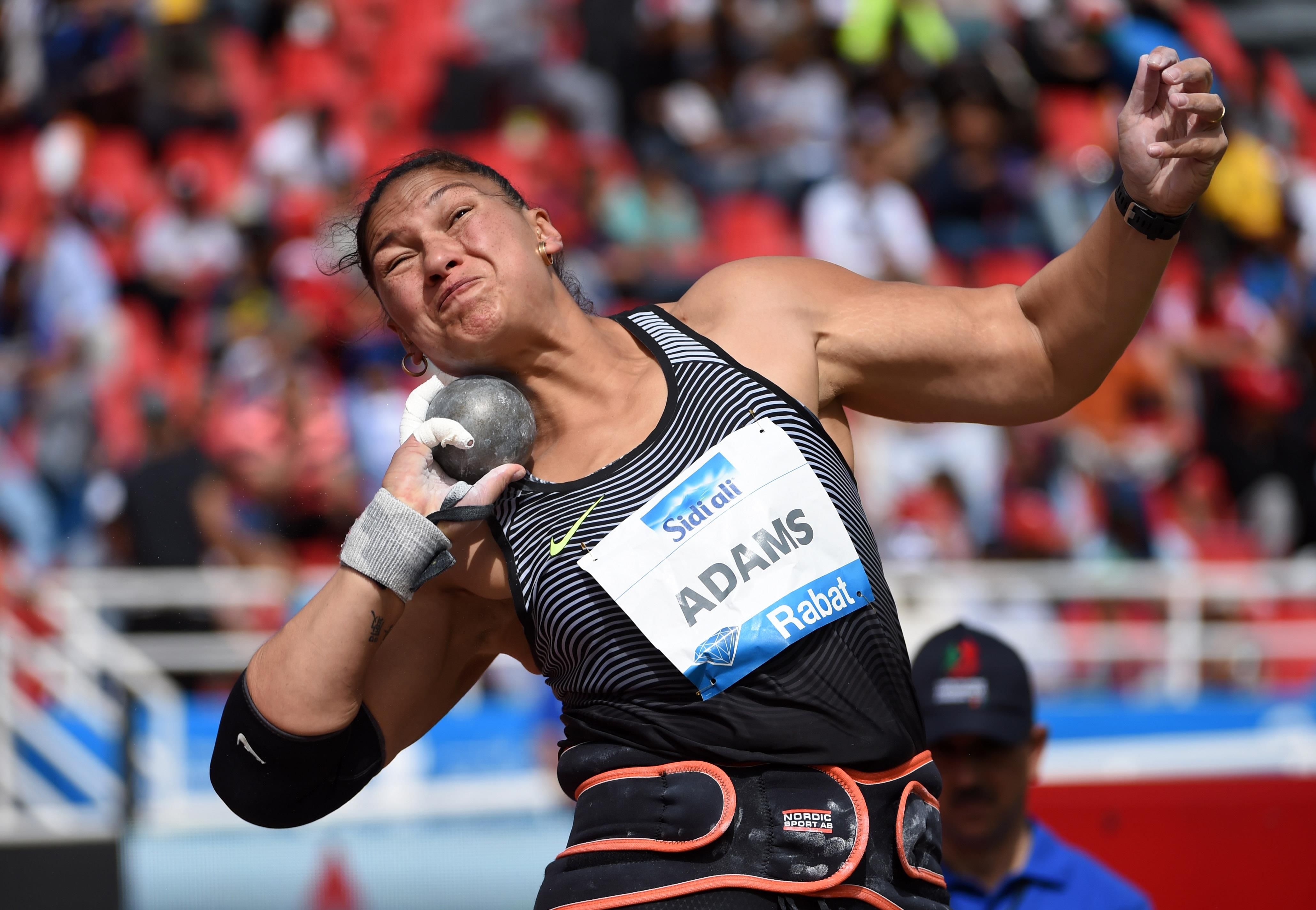 In February the 36-year-old threw 19.65m for her longest throw for five years and what she described at the time as a “post-two-babies PB” following the birth of her daughter in 2017 and son in 2019. Stockholm is the next step on her journey to her fifth Olympic Games in Tokyo.

"Ultimately, I am in the best shape that I have ever been after having children, and this year it was the furthest throw I have ever thrown since having two children," said Adams. "So to be still competitive at this tender age of 36, amongst my peers who are 10 years younger than me and more, is quite exciting because I am still up for the challenge, but also the love and passion for the sport is still there and still at the top of my radar."

Portugal’s European indoor champion Auriol Dongmo has thrown 19.75m this season and the pair will be joined by Sweden's Fanny Roos, who at the pre-event press conference recalled being aged 12 and watching Adams compete in Stockholm for the first time, plus Maggie Ewen and Chase Ealey, who will be looking to prove a point after finishing fourth and fifth respectively at the US Olympic Trials to miss out on Tokyo.

The women’s high jump features Ukraine’s Yaroslava Mahuchikh and Australia’s Oceania record-holder Nicola McDermott, who have both cleared 2.00m this season, while the women’s long jump includes many of the athletes to have competed in Oslo, including winner Malaika Mihambo, Germany’s world champion, and Serbia’s runner-up Ivana Spanovic.

Cheruiyot looks to bounce back

After a strong start to the season at the Doha Diamond League where he set the world 1500m lead of 3:30.48, world champion Timothy Cheruiyot could only finish fourth at the Kenya Olympic Games Trials. He will be looking to bounce back from that as he returns to Stockholm after his wins there the past two years and takes on a field featuring Qatar’s Adam Ali Musab, who ran 3:32.41 earlier in the year in Doha, plus Kenya’s world indoor 3000m bronze medallist Bethwell Birgen and Spain’s Ignacio Fontes. 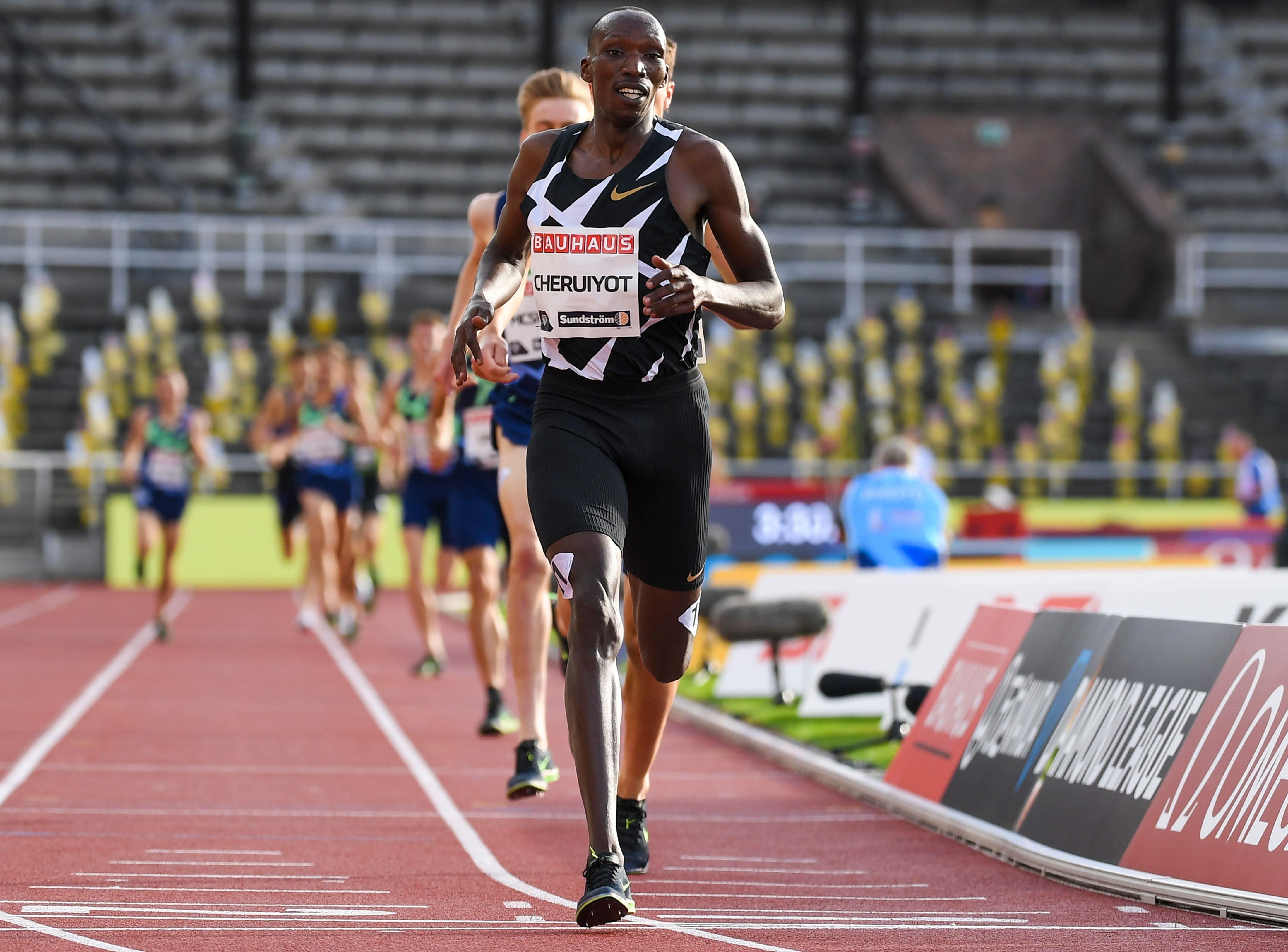 Kate Grace was also competing after Olympic Trials disappointment in Oslo and that fuel helped drive her to victory in a PB of 1:57.60. Cuba’s Rose Mary Almanza ran a PB of 1:56.42 in Ordizia last month for a performance which places her second on the world rankings, while Catriona Bisset broke the Oceania record with 1:58.09 in Chorzow before finishing fourth in Oslo. Natoya Goule won the Jamaican title in 1:57.84 and British teenager Keely Hodgkinson ran 1:58.89 in Ostrava in May and races for the first time since her British title win in Manchester.

With the men’s and women’s world 400m hurdles records having fallen within the same week, athletes will have the opportunity to ride on that wave of excitement as both events are held in Stockholm.

In the women’s event, 2015 world silver medallist Shamier Little, who has run 53.12 this season, races for the first time since her fourth-place finish in a US Olympic Trials race which was won by Sydney McLaughlin in a world record and which saw Little miss out on a place for the Olympics. European indoor champion Femke Bol set her 11th Dutch record of the year when winning in Oslo in 53.33 and she continues her Diamond League tour after also winning in Florence. Jamaica’s Janieve Russell and Switzerland’s Lea Sprunger ar among those joining them.

"Tokyo is coming closer. I have three competitions close to each other – I had Oslo and now Stockholm and then Hungary – so it is nice to put them together, do a race and then two days later another one to see what you can change. So I am really excited about Tokyo." 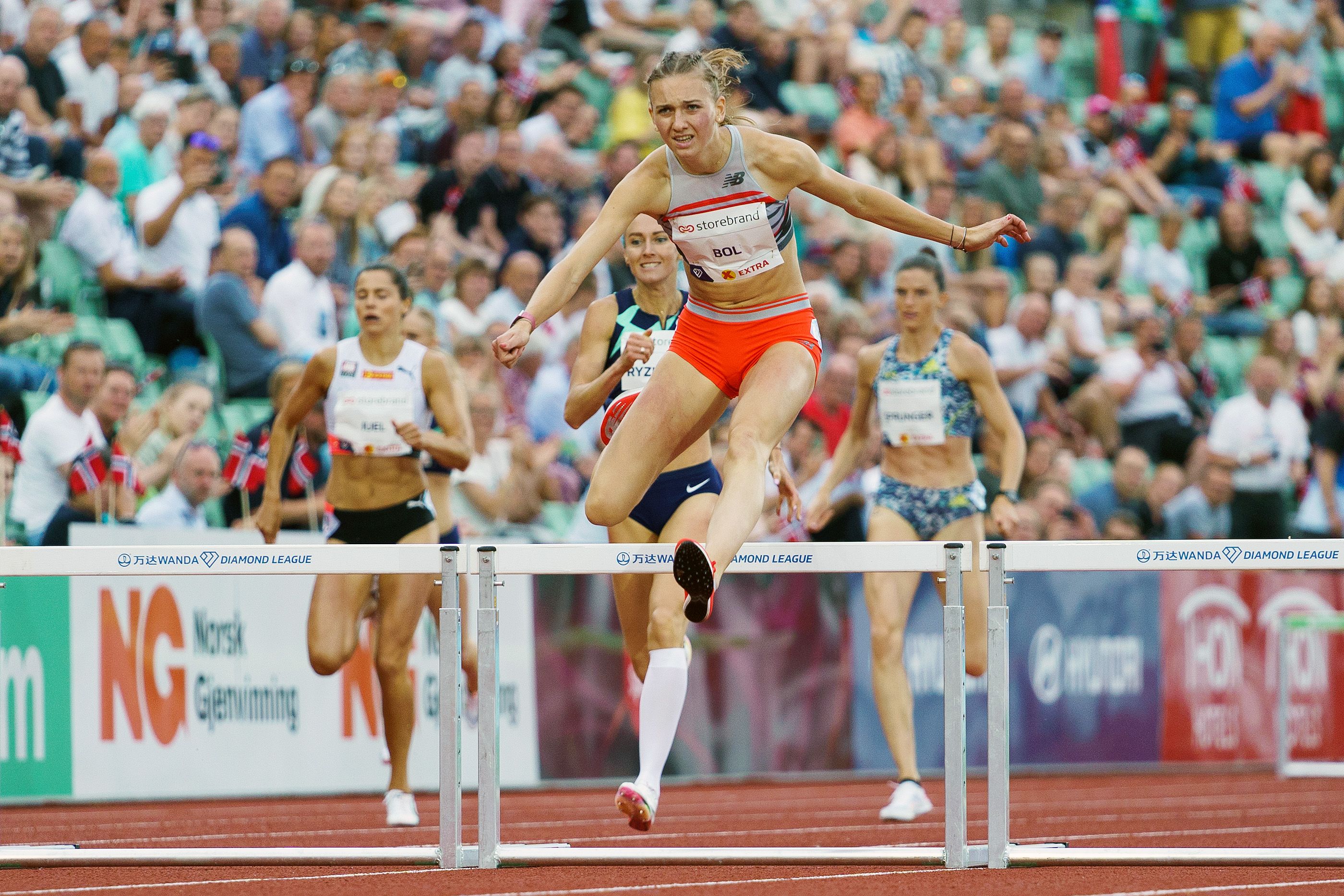 The men’s event features Brazil’s Alison dos Santos, who was in the lane next to Karsten Warholm during his world record in Oslo and followed him over the finish line in a South American record of 47.38. Yasmani Copello was third there and is also back in action along with Commonwealth champion Kyron McMaster.

Olympic and world 400m medallist Shericka Jackson became the first Jamaican woman to go both sub-50 seconds for 400m and sub-11 seconds for 100m with her performance in the shorter event at the Jamaican Championships and in Stockholm she races the 200m, an event in which she improved her PB to 21.82 when finishing behind Shelly-Ann Fraser-Pryce’s 21.79 in Kingston. Multiple world medallist Marie-Josée Ta Lou also steps up to the 200m after winning the 100m in Oslo.

London 2012 Olympic champion Kirani James ran in his first Diamond League since 2018 in Doha, where he finished fourth, and will be looking to build on that as he lines up alongside Commonwealth champion Isaac Makwala and Vernon Norwood in the 400m.

The men’s 100m features two 9.85 men in the USA’s Ronnie Baker and Marvin Bracy and they are joined by their compatriot Isiah Young, Italy’s Lamont Marcell Jacobs and Britain’s Chijindu Ujah.

The meeting also features a number of non-Diamond League events, with Holly Bradshaw, who improved her British record to 4.90m to win the national title recently, among those in action in the women’s pole vault. 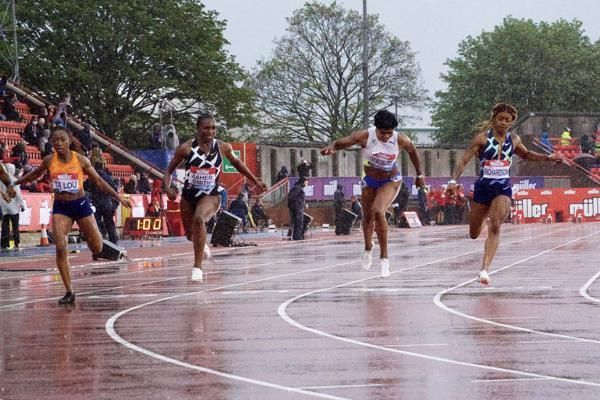 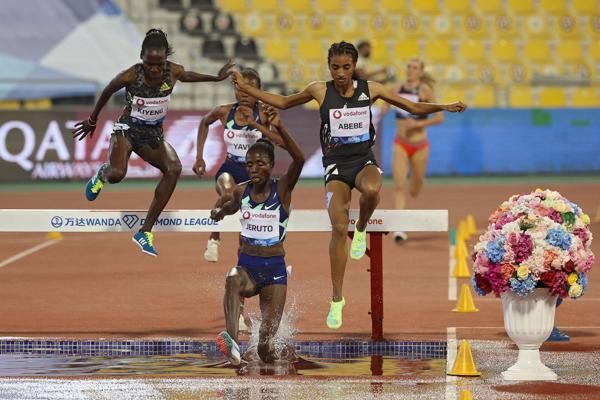 World leads and meeting records are set as se... 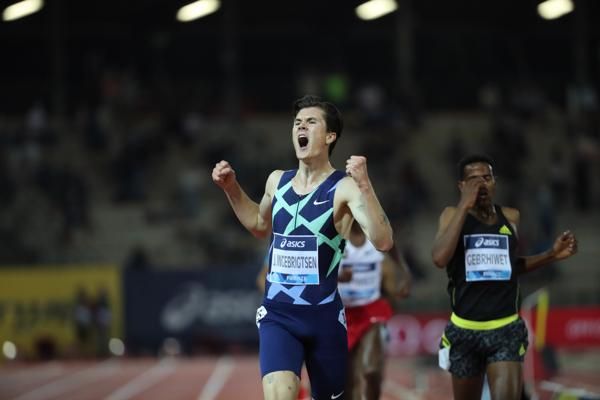 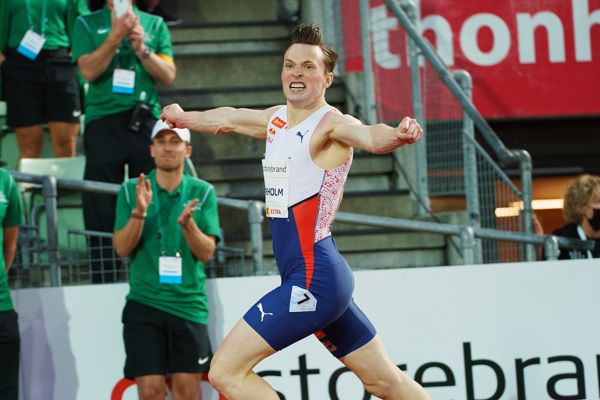