Conseslus Kipruto: I love steeplechase because...

Conseslus Kipruto, the World, Olympic and IAAF Diamond League steeplechase champion from Kenya, shares his athletics journey and just why he has developed such a passion for an event he has dominated globally for several years.

“My first memories of running came when winning the 1500m, 3000m and 5000m as a primary school student. Back then, I didn’t train and I was much more interested in football even though my neighbours used to tell me I had a talent for running including my uncle, Cleophus Saina, who worked as a physio.

“During my early years in high school I continued to focus on football, playing twice a week. My focus was on developing as a striker, although I recall my head teacher also supported my uncle’s viewpoint. So much so, when he used to see me playing football he used to stop the game and say, ‘no more football Conseslus, I want you to run’.

“For a long time, I had no interest in running but because of the persistence of my uncle and head teacher as a Form Three student, aged 16, I decided to work with a coach and train for athletics. I started out as a 1500m runner and won my district title but I only finished third in the county championships and missed out on making the two-strong team for regionals, the level below nationals.

“However, my county had no team for the steeplechase at regionals, and when they asked for a volunteer I was the first to put my hand up because I was keen to compete at that next level. Even though I ran barefoot and I had never jumped a steeplechase barrier, I won my very first steeplechase race.

“Then in what was only my second ever steeplechase race I won the national secondary schools title. It was amazing to be national champion, especially as I had so little steeplechase experience.

“The next year I went on to compete at the 2011 IAAF World U18 Championships in France where I went on to win gold. It was during my second season as a steeplechaser when I first started to learn to love the event. Steeplechase has brought me so much joy and happiness over the past eight years. It has taken me so far in my life and earned me the World, Olympic and Commonwealth titles.

“The steeplechase is not an easy event. From lap four onwards each barrier seems higher than the previous one and to be successful you need to combine good strength with good endurance and speed. You also need to be smart and be aware of other competitors around you, especially when preparing to jump each barrier.

“The steeplechase has become my life. It has taken me a long way from my home village of Lutiet in Nandi County and has earned me a good career. You can’t beat the thrill of clearing the barriers at speed, it a great adrenaline rush, something magical.”

BACK
Pages related to this articleAthletes
Conseslus KIPRUTO 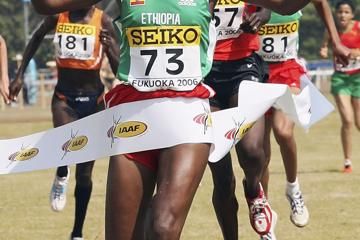 Gelete Burka: I love running because…... 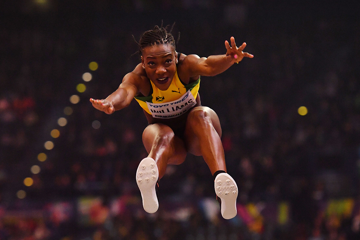 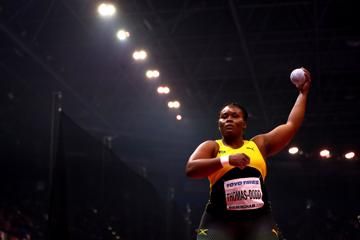 Danniel Thomas-Dodd: I love throwing because.... 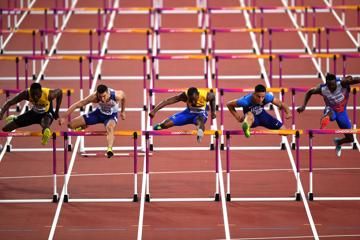 Devon Allen: I love hurdling because…...