Poland’s world champion and world-record holder Anita Wlodarczyk dominated her rivals on home soil at the 62nd edition of the Janusz Kusocinski Memorial in Szczecin, part of the IAAF Hammer Throw Challenge, winning with 79.61m on Saturday (18).

Wlodarczyk sent her implement out to the 2016 world-leading distance – and the third best of all-time only beaten by her world record of 81.08m and her winning distance of 80.85m at the IAAF World Championships Beijing 2015 – with her second effort after opening with 77.17m.

Adding to the plethora of statistics, not only were all of her five valid throws well in excess of what any other women could manage on the day, they were also further than anyone else has managed in the world this year.

She is now unbeaten for over two years, her last defeat coming in Ostrava on 16 June 2014, and her latest win takes her to the top of the IAAF Hammer Throw Challenge standings, with Wlodarczyk having won this season-long contest for the last three years.

However, it was far from a solo exhibition from Licwinko, although she has cleared 2.02m indoors, as Bulgaria’s Mirela Demireva added two centimetres to her personal best when she went over 1.97m on her second attempt, before finding 1.99m beyond her reach.

The men’s hammer was also part of the IAAF Hammer Throw Challenge and, like Wlodarczyk, fellow world champion and two-time Challenge winner Pawel Fajdek fulfilled his role of favourite with aplomb when he threw 80.10m in the last round.

It wasn’t as far as his world-leading 81.71m that he threw in Bydgoszcz two weeks ago, nor as far as the national record of 83.93m he produced at this meeting 12 months ago but it was still sufficient to extend his winning streak to 24 competitions, stretching back well over a year.

Nevertheless, he gave his many supporters a few nervous moments as he fouled his first two throws before reaching 79.99m in the third round. He followed that up with two more fouls before, with the competition won, he could relax and then went over 80 metres for his fifth successive outing.

Ashraf Amjad Elsify finished second with 77.43m, the two-time world junior champion being less than a metre down on his Qatari record of 78.19m set earlier this year.

Another win by a Polish reigning world champion came in the men’s discus when Piotr Małachowski threw 66.56m. Beijing bronze medallist, and Malachowski’s regular training partner, Robert Urbanek was second with 65.56m while Mauricio Ortega threw a Colombian record of 65.06m for third.

Konrad Bukowiecki, still only 19, was just shy of his recent world junior shot put best with the senior implement when he reached 21.02m in the second round.

Bukowiecki’s best with the 7.26kg shot is 21.14m at the IAAF Diamond League meeting in Oslo earlier this month.

In an all-Polish shot put podium in Szczecin, Michał Haratyk was second with 20.87m while two-time Olympic champion Tomasz Majewski had to settle for third on this occasion with 20.78m.

The pick of the track events came in the men’s 800m when former European champion Marcin Lewandowski prevailed in a thrillingly close finish, winning in 1:45.68 and getting the verdict from Kenya’s Leonard Kosecha by 0.01.

Great Britain’s Michael Rimmer finished third in 1:46.13 while 2015 world championships silver medallist Adam Kszczot was surprisingly down in fifth in 1:46.37. 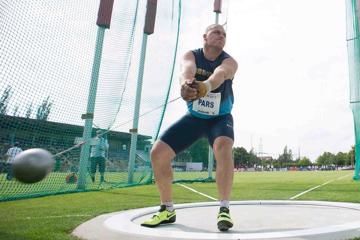 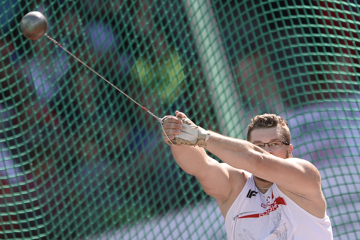