With just two days to go to the start of the 2014 IAAF World Indoor Championships in the Polish city of Sopot which will be held between 7-9 March, the IAAF website editorial team have put the spotlight on some of the top athletes in action this weekend in the men's events at the ERGO Arena.

Please note that this preview is based on entry information received by the IAAF but before the official start lists have been decided.

In the absence of the injured James Dasaolu and Jimmy Vicaut, the emerging young US sprinter Marvin Bracy heads to Sopot bearing the mantle of favourite. The 20-year-old won the US title at high altitude in Albuquerque in 6.48 and boasts a 6.50 best at sea level, courtesy of his Millrose Games victory.

Other likely contenders include Trell Kimmons, who finished just 0.01 down on Bracy in the US Championships final, St Kitts and Nevis’ Jason Rogers, Qatar’s Femi Ogunode, Jamaican Nesta Carter and Great Britain’s Dwain Chambers, the latter pair respectively second and third in Istanbul two years ago.

Lalonde Gordon, the Olympic bronze medallist from Trinidad and Tobago, is by far the fastest man among the entrants having run 45.17 this winter.

Dominican Republic’s Olympic silver medallist Luguelin Santos and Costa Rica’s 2012 World Indoor Championships winner Nery Brenes are also in the field but next quickest on season’s bests are the one-two from the US Championships, Kyle Clemons and David Verburg.

A re-run of last year’s 2013 IAAF World Championships is a possibility, with four of the top five finishers from the Moscow final having been entered.

On that occasion, the USA’s Nick Symmonds got closest to Mohammed Aman, the prodigious Ethiopian who will be defending the crown he won as a junior in Istanbul in 2012.

Aman will start as clear favourite in Sopot after running an African record of 1:44.52 in Birmingham. The in-form South African Andre Olivier, the Polish pair of two-time European indoor champion Adam Kszczot and Marcin Lewandowski, Spain’s Kevin Lopez and Britain’s Andrew Osagie have all also been running well and so it will be a battle just to make the final.

This promises to be one of the most open of the men’s events. All three medal winners from Istanbul two years ago are back again: Morocco’s Abdalaati Iguider, Turkey’s Ilham Tanui Ozbilen and Ethiopia’s Mekonnen Gebremedhin.

Others likely to be in the mix are Mohamed Moustaoui, the Moroccan who heads the 2014 world list with a hand-timed 3:35.0, the Kenyan pair of Bethwell Birgin and Silas Kiplagat and USA's Will Leer, the bearded winner of last month’s Wanamaker Mile in a world-leading 3:52.47 for the imperial distance.

A place in the record books beckons Bernard Lagat. A fourth gold medal in the event would put the Peter Pan of the track one victory ahead of Haile Gebrselassie in the all-time annals of the World Indoor Championships.

The trouble for the 39-year-old US champion is that he faces a formidable rival who just happens to be his junior by 20 years. Hagos Gebrhiwet, the world 5000m silver medallist, has been untouchable on the boards this winter. Fellow Ethiopian Dejen Gebremeskel and USA’s Galen Rupp also have major championship medal pedigree and so there should be an enthralling battle for the medals.

With a trio of sub-7.50 times to his name in 2014, and a best of 7.45, Pascal Martinot-Lagarde starts as favourite. The young Frenchman sneaked on to the podium alongside Aries Merritt and Liu Xiang in Istanbul two years ago and promises to become his country’s first fully-fledged golden boy in the event, although Stephane Caristan prevailed in Paris in 1985 in the forerunner of the World Indoor Championships, the World Indoor Games.

Martinot-Lagarde’s team-mate Garfield Darien is the second quickest on the 2014 season’s list of the men who will be in Sopot, boasting a 2014 best of 7.53 but European outdoor champion Sergey Shubenkov is likely to be a big threat. US champion Omo Osaghae will be at his first major international championship and will be looking to make a big impression as well.

Ivan Ukhov has been a man on a mission in the wake of his failure to make the podium on home ground at the World Championships in Moscow last August.

The Olympic champion heads to Sopot unbeaten this winter and on the back of a European record-equalling 2.42m clearance in Prague last week and his sights are on Javier Sotomayor’s global indoor mark of 2.43m as well as the gold medal.

Fellow 2012 Olympic medallist Mutaz Essa Barshim, from Qatar, has been in fine form recently and won the Asian indoor title with 2.36m while USA’s 2012 Olympic silver medallist Erik Kynard has won five of his six outings this winter and set a personal best of 2.34m when winning in Birmingham. Italy’s Marco Fassinotti has also been showing potential podium form with an Italian record of 2.34m last month.

An ill-timed injury after his world indoor record of 6.16m in Donetsk means that France’s Olympic champion Renaud Lavillenie is not able to defend his title won in Istanbul. Raphael Holzdeppe and Bjorn Otto, the Germans who joined the French star on the podium at the World Championships last year as well as at the Olympic Games and European Championships in 2012, will also be missing from Sopot.

So who can grasp the hand of opportunity?

Malte Mohr is the most likely candidate. The German cleared 5.84m to win his national title in Leipzig just over a week ago and then improved to an indoor PB of 5.90m in Berlin on Saturday.

A winner at the Russian Winter meeting with 8.30m and in Birmingham with 8.14m, 2013 world champion Aleksandr Menkov heads to Sopot as the man to beat.

The Russian faces the two men who finished behind him in the medal frame in Moscow last August, the Netherlands’ Ignisious Gaisah and Mexico’s Luis Rivera, as well as the two men directly behind him on the 2014 world list, Greece’s Louis Tsatoumas and US champion Tyron Stewart.

Pedro Pablo Pichardo heads the world lists indoors and outdoors, having followed his outdoor effort of 17.76m in Havana early last month with 17.32m on his indoor debut in Prague last week.

The 20-year-old took the silver medal behind Teddy Tamgho in Moscow last summer and starts as the strong favourite.

Defending champion Ryan Whiting uncorked a stunning 22.23m to win the US title and will have high hopes of matching the gold he won in Istanbul two years ago. His US team-mate Kurt Roberts, with 21.50m, and Germany’s two-time world outdoor champion David Storl are next on the 2014 world list.

However, home advantage could help Tomasz Majewski. The two-time Olympic champion has already been in winning form in the ERGO Arena, having thrown a season’s best of 20.70m to win the Polish title.

There is only one favourite in the heptathlon. Ashton Eaton’s last three outings in this event have ended in a world record and although there might not be a fourth straight superlative, it is difficult to believe that someone could beat him.

The 26-year-old comes to Sopot as the reigning Olympic, world and world indoor champion in combined events competitions and the world indoor-record holder with 6645 from Istanbul two years ago.

Canada’s Damian Warner will be starting his first career heptathlon and is surely looking for a top-three finish as well. The world decathlon bronze medallist has already set a 7.69 personal best in the 60m hurdles this season.

Two months before the inaugural IAAF World Relays go to Nassau, The Bahamas will be looking to strike global gold in Sopot.

They have three members of the quartet that upset the USA to win the London 2012 Olympic Games gold – Chris Brown, Michael Mathieu and Ramon Miller – in their squad.

The USA, Trinidad and Tobago, Russia, Great Britain and Jamaica are the other likely contenders in the race for the medals.

BACK
Pages related to this articleAthletes
Ivan Ukhov 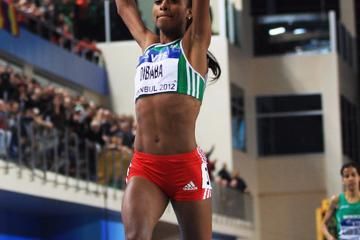 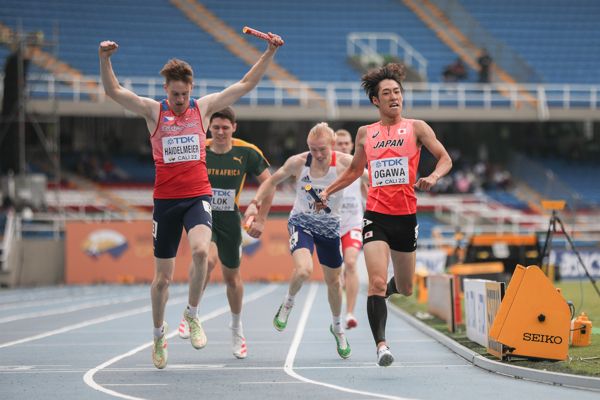