Little more than a month before the IAAF World Championships, Beijing 2015, a host of leading French athletes will head to the IAAF Diamond League meeting in Monaco on 17 July with high ambitions.

Pole vault world record-holder Renaud Lavillenie’s participation at the Herculis meeting has already been confirmed, but he will be joined by seven other French athletes at the Stade Louis II one month from today.

European under-23 champion Pierre-Ambroise Bosse will return to the scene of the French 800m record of 1:42.53 that he set last year. His previous PB of 1:43.76 was also set at the Herculis meeting, so he will be hoping for another top performance this year.

Jimmy Vicaut also has fond memories of the Herculis meeting. He finished third in Monaco in 2013 in 9.99, which was his best performance in the 100m at an IAAF Diamond League meeting until his 9.98 second-place finish in Rome earlier this month. This year he aims to better his PB of 9.95 and perhaps even challenge the French record of 9.92. 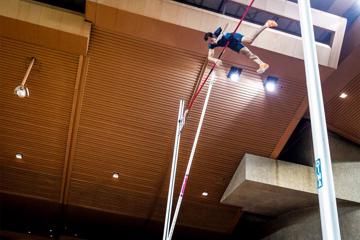