World Athletics is deeply saddened to hear that British sprinter June Foulds, who won Olympic medals in 1952 and 1956 and set numerous world records in relay events, died this week at the age of 86.

Born in London in June 1934, Foulds was raised by her grandparents and was led to believe they were her parents. It was only when her grandmother died that Foulds discovered her ‘sister’ Edie – who had died three years prior – was actually her birth mother and that her grandmother wasn’t her parent.

Aged just 11 at the time, the discovery had a profound effect on Foulds. “The realisation made me think that tears were pointless things, a waste of time,” she said in an interview with The Independent in the early 1990s. “What you have to do in life is get on with it.”

Foulds took up athletics at the age of 15 and joined Spartan Ladies club in London. Just one year later, in 1950, she emerged as one of the world’s most promising sprinters. At the age of 16 she won the British 100m title in 1950 and went on to finish third in that discipline at the European Championships in Brussels later that year.

Dutch star Fanny Blankers-Koen won the 100m, 200m and 80m hurdles at those championships and was on course to replicate the haul of four gold medals she had achieved at the Olympic Games two years prior. But in the 4x100m on the final day of the championships, Blankers-Koen could not quite make up the ground on the final leg as Foulds anchored Britain to gold by the narrowest of margins.

Foulds became a key component of Britain’s relay team during that decade. Still aged just 18, she once again ran the anchor leg at the 1952 Olympic Games and landed the bronze medal.

She married Olympic fencer Raymond Paul in 1953 and they had their first of three children together, Steven, in 1954. Foulds returned to international action in time for the 1956 Olympic Games in Melbourne and earned silver in the 4x100m in a European record of 44.7, finishing just 0.2 behind an all-star Australian team. She also finished fifth in the 200m at those Games.

Foulds reached the 100y and 220y finals at the 1958 Commonwealth Games, placing fifth and fourth respectively, before going on to win the 4x110y in a world record time of 45.37 – one of four ratified world relay records she set during her career – to beat an Australian team that included the legendary Betty Cuthbert.

Just a few weeks after the 1958 Commonwealth Games, Foulds travelled to Stockholm for the European Championships, where she was among the medal favourites in the 200m. She comfortably won her first-round heat and was the fastest overall in the semifinals, clocking 24.0. But she pulled her achilles in the final and was unable to finish. Aged just 24, it ended up being the final race of her career.

“The girl who won (Poland’s Barbara Janiszewska) came to my hospital bed with her gold medal,” said Foulds. “She said this is really yours.”

Outside of athletics, Foulds lived an extremely varied and fulfilling life. She worked at two different magazines, enjoyed a brief spell as an air stewardess for British Airways, performed as a clown in Cottles circus, and fronted a TV series in the 1950s in which she was set challenges to compete.

After separating from Raymond Paul, Foulds married singer Ronnie Caroll, with whom she had two children. They moved to Grenada and ran a night club before moving back to the UK one year later and going their separate ways.

In 1974 Foulds opened the first food stall at Camden Market in London. It was initially simply called 'The Stall' but was later renamed 'Huffs'. Off the back of its success, she went on to open several other food outlets. It was during this time that she met her third husband, Eric Reynolds, but their marriage was short-lived.

Later in life, she was a guest at the London 2012 Olympic opening ceremony.

“I put it down to resilience, honesty and being streetwise,” she told The Independent when asked about the ups and downs in her career. “When you've worked Camden Lock for 20 years, you've seen most things.” 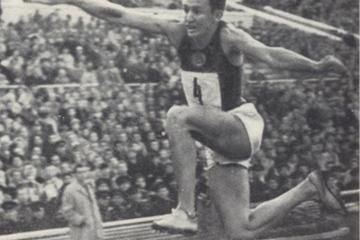 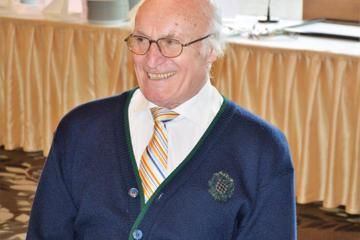 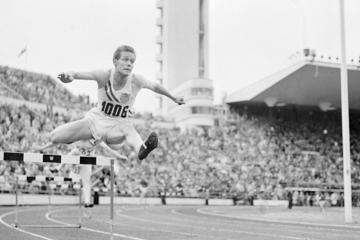