Two-time world champion Mutaz Barshim, world record-holder Mondo Duplantis and double European champion Jakob Ingebrigtsen will be among the athletes in Athletissima action when the Wanda Diamond League makes its 10th stop of the season in Lausanne on 26 August.

Qatar’s Barshim will highlight the men’s high jump, which is being held for the first time in the city centre as the “City Event” the day before the main programme. There he will be joined by the Swiss record-holder, Loic Gasch.

Duplantis has promised to make the Lausanne meeting a priority following the Tokyo Olympics. The Swedish 21-year-old has fond memories of his last appearance, in 2020, when he jumped 6.07m to win an enthralling duel against the USA’s two-time world champion Sam Kendricks (6.02m) during a competition organised in the city centre. This year the competition will once again take place in the stadium, where Duplantis will no doubt be keen to tackle, at the very least, the stadium record held by Piotr Lisek (6.01m).

Ingebrigtsen is set to highlight the 3000m, which could well see Mohammed Mourhit's European record of 7:26.62 fall. Ingebrigtsen already holds the continental records in the 1500m and 5000m, having broken Mourhit’s mark in the longer event in Florence. In Lausanne, the Norwegian will have the support of his brother Filip and pace-setting Wavelight technology, which will be used for the first time at Athletissima.

The women's high jump will provide another opportunity for progression for the new star of Swiss athletics, Salome Lang, who recently broke the Swiss record with a jump of 1.97m to qualify for Tokyo. The Swiss record-holder in the 110m hurdles, Jason Joseph, has also confirmed his participation in Lausanne. 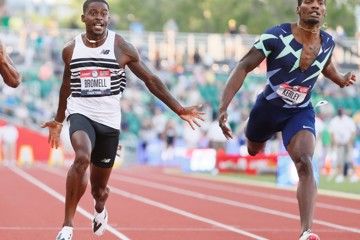 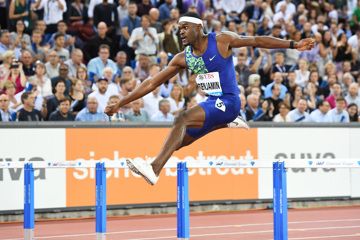