Rai Benjamin vs Karsten Warholm in the 400m hurdles and Gabby Thomas taking on Shelly-Ann Fraser-Pryce, Shaunae Miller-Uibo and Blessing Okagbare over 200m are among the world-class clashes set for the Meeting Herculis EBS – part of the Wanda Diamond League – in Monaco on 9 July.

The USA’s Benjamin and Norway’s Warholm have not raced each other since the 2019 World Athletics Championships in Doha, where Warholm won their battle to retain his title. Now world silver medallist Benjamin is the second-fastest 400m hurdler of all time, having missed Kevin Young’s world record by just 0.05 with 46.83 at the US Olympic Trials in Eugene on Saturday (26), while Warholm is getting ready to make his season debut in the discipline at the Wanda Diamond League meeting in Oslo on Thursday (1), having broken the world 300m hurdles best with 33.26 in the same city earlier this month.

Warholm ran 46.87 in Stockholm last August, a mark which places him third on that world 400m hurdles all-time list behind Young and Benjamin, with a highly-anticipated head-to-head in store just three weeks out from the Olympic Games.

They will be joined in Monaco by Commonwealth champion Kyron McMaster and world finalist Alison Dos Santos, who sit second and third on this season’s world rankings with their respective times of 47.50 and 47.57, plus 2019 European U23 champion Wilfried Happio.

Thomas joined Benjamin in becoming the world all-time No.2 in her event at the US Olympic Trials as she clocked 21.61 for 200m - a time only Florence Griffith-Joyner has ever bettered. Now for the first time she will line up alongside Jamaica’s multiple global gold medallist Fraser-Pryce, who ran a PB of 21.79 to complete a sprint double at the recent Jamaican Championships, just three weeks after she too moved to second on the all-time list behind Griffith-Joyner with 10.63 for 100m.

Also in the sprint spotlight in Monaco will be Trayvon Bromell, Fred Kerley, Akani Simbine, Andre De Grasse, Ronnie Baker, Lamont Marcell Jacobs, Jimmy Vicaut and Filippo Tortu, who are all listed for the men’s 100m.

Having made a successful comeback after injury, Bromell leads the world rankings with the 9.77 PB he set in Florida earlier this month and he won the US title in 9.80, beating Baker (9.85 PB) and Kerley (9.86 PB), who will join him on the US team for Tokyo.

Jacobs has run 9.95 this year, while Simbine and De Grasse have both clocked 9.99.

Other athletes previously announced for the meeting include Sifan Hassan and Faith Kipyegon in the women's 1500m, Timothy Cheruiyot in the men's 1500m and Yulimar Rojas in the triple jump, with the entry lists now published. 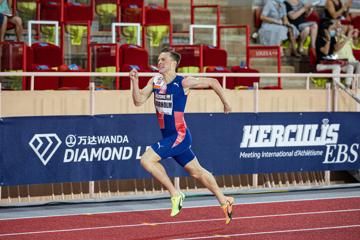 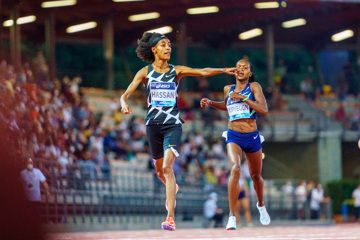