Stella Chesang put a fitting end to her comeback year while teenager Martin Kiprotich Magengo announced his arrival with victory at the Ugandan Cross Country Championships in Tororo on Saturday (10).

Chesang, the 2018 Commonwealth 10,000m champion, cut a confident figure as she beat a field of about 40 competitors to the tape in the senior women’s 10km race at Tororo Golf Course, located some 210km away from the capital Kampala.

Returning to compete at this championship for the first time in three years, Chesang’s form came to the fore as she held off her challenger Prisca Chesang Chemweno to win in 33:57.

“I really enjoyed the race,” said a delighted Chesang, whose career took a break when she had a child, and then the 2021 Olympic Games appeared to have come too early for her last year.

The 26-year-old is hoping to finish higher than she did at the previous edition in Aarhus, Denmark where she finished 21st.

“In 2019, I was really in good shape and I was targeting a medal but reaching Denmark, my shape went down,” she said. “This year, I am targeting a top-three finish in Bathurst.”

Like Chesang, teenager Kiprotich is looking to shine in Bathurst after upstaging seasoned competitors to win the senior men’s 10km.

Uganda’s top stars Joshua Cheptegei and Jacob Kiplimo, who took gold and silver respectively in Aarhus three years ago, were not present in Tororo. Two-time world 10,000m champion Cheptegei is recovering from a knee problem he picked up at the World Championships in Oregon, while Kiplimo was a late withdrawal.

Making the most of their absence, 19-year-old Kiprotich was in the lead group with five others after 3km, then he took the lead after about 4km and controlled the race to post a winning time of 29:35 ahead of Isaac Kibet (29:43) and Samuel Kibet (29:46).

“I didn’t expect to win because it was my first time to run against seniors,” said Kiprotich, who finished second in the U20 race at the last edition of these championships.

He was set to compete at the World U20 Championships in Cali, but a tendon problem prevented him from competing. So a chance to compete at a global event in Down Under is priceless. “I am happy to be selected,” he said. “I want God to help me to run like today in Australia.”

The U20 men’s race ended up being 10km long and not 8km after some confusion from the technical officials. They appeared somewhat divided when the lead trio of Kenneth Kiprop, Dan Kibet and Feb Chelogoi passed through 6km. Because of their swift pace, some officials weren’t convinced that they had already completed three laps, so the entire field was directed to go back for an extra lap. Kiprop somehow maintained that pace and won his debut cross country race in 29:29, faster than the winning time in the senior men’s race, which was held over the same distance.

Silas Rotich finished second in 30:27 and Kibet survived the burn-out to clock 30:39 for third place. Some runners didn’t survive the extra 2km though after charging too hard in response to the bell.

“Psychologically, I thought I was finishing,” Kiprop said of the additional distance. “With my speed, I was a bit demoralised. I thought someone would beat me but it’s good that I have finished. I expected to win.”

Uganda Athletics Federation is set to consider video footage and technology to consider some runners who stood a chance for Bathurst at the 8km stage.

“We are taking in a big group and they will all be considered,” said general secretary Beatrice Ayikoru. “We have time to clean this up.”

In the U20 women’s race, the day belonged to Isella Chebet of the Joshua Cheptegei Development Foundation (Jocdef) club who beat Peace Hope Chemutai in a photo-finish. 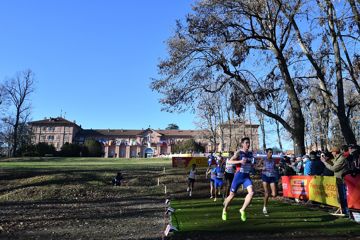 Norwegian double as Ingebrigtsen and Grovdal ... 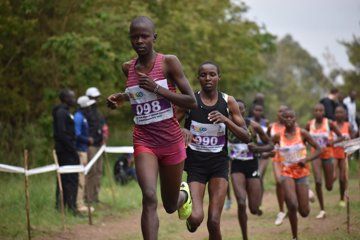