Cuban Yarisley Silva produced the best performance of the third day of track and field at the Pan-American Games on Thursday (8), topping 4.75m to win the pole vault on another cold night at the “Estadio de la Videna” in Lima.

The 32-year-old from Pinar del Río secured her third successive Pan-Am Games after an intense journey. Silva, the 2015 world champion and 2012 Olympic silver medallist who is currently world ranked No.7, opened her day at 4.25m but needed all three tries before topping 4.35m. She later settled in and cleared 4.45m, 4.55m and 4.65m with her first jumps. By then Silva’s only remaining competition was USA’s Katie Nageotte, world ranked No.4, who topped 4.65m on her second attempt. Nageotte, who has a 4.82m season’s best, took the lead after topping 4.70m on her second try. Silva missed twice then decided to attack 4.75m, which proved to be the winning height and a season’s best.

Canada’s Alysha Newman, world ranked No.4 and a 4.77m performer this season, was third with 4.55m, while Venezuela’s Robeilys Peinado, the South American champion and 2017 world bronze medallist was only fourth along with USA’s Olivia Gruver with 4.55m.

More history unfolded in the 100m hurdles where Costa Rica’s Andrea Vargas won in 12.86 (0.1 m/s) delivering her country’s second-ever gold medal, and first medal by a woman. Vargas upset USA’s Chanel Brissett, who was second with 12.99 and Jamaica’s Megan Simmonds, third with 13.01. Vargas improved her own national record to 12.75 in the semi-finals.

Brazilian Alison Alves dos Santos extended his outstanding season to the Pan-Am Games and grabbed the 400m hurdles title with a South American U20 record of 48.45.

Dos Santos, bronze medallist at the 2018 World U20 Championships and world ranked No.9, entered the final 100m of the race behind Dominican Republic’s Juander Santos. Both were level at the final hurdle, but Santos clipped it and fell. Dos Santos won comfortably over USA’s Amere Lattin (48.98), while Jamaica’s Kemar Mowatt was third (49.09).

This is the fifth time that dos Santos improves his own South American U20 record in 2019. This season he also won the South American title, the Pan American U20 Championships and the World University Games. His 48.45 clocking places him third at the all-time U20 lists, while his victory in Lima makes him the second Brazilian to win the 400m hurdles after the three titles by Eronilde de Araújo (1991, 1995, 1999).

“The weather conditions weren’t ideal, but I am extremely pleased,” dos Santos said. “Before the beginning of the season I didn’t think it would be possible to run 48 seconds, but now I see it’s possible.”

Canada’s Sage Watson took the women’s title in 55.16. The 25 year-old, world ranked No.14, had been initially disqualified, but later was reinstated upon appeal. Watson ran a controlled race and delivered a strong kick to become the first Canadian to win this event. USA’s Anna Cockrell was second with 55.50 and Jamaica’s Rushell Clayton was third with 55.53.

The women’s high jump was an all-Caribbean affair. Led by Saint Lucia’s Levern Spencer. The 35-year-old retained the title she won four years ago in Toronto on countback at 1.87m. Antigua and Barbuda’s Priscilla Frederick also repeated her second place from Toronto topping 1.87m with Jamaican Kimberly Willamson third with 1.84m.

On a memorable day for Chilean athletics, Gabriel Kehr and Humberto Mansilla dominated the men’s hammer throw. Kehr, 22, threw 74.98m in the second round to secure the title. Mansilla was second with 74.38m from round five, while USA’s Sean Donnelly was third with 74.23m. The last Chilean to take a medal in this event was Arturo Melcher, who took bronze in 1951.

Cuba’s Adriana Rodríguez won the heptathlon with 6113 points, a personal best for the 20-year-old. Rodríguez, who was second after the first day 36 points behind Trinidad and Tobago’s Tyra Gittens, reached 6.46m (-0.3 m/s) in the long jump, threw a modest 33.59m in the javelin and produced a 2:18.49 personal best at 800m. Gittens didn’t start the final event after disappointing results at long jump (5.44m) and javelin (32.41m). USA’s Annie Kunz was second with 5990, while Colombia’s Martha Araujo was third with a personal best of 5925. Cuban Yorgelis Rodríguez, world ranked No.5 and defending champion, dropped out after a no-height in the high jump. 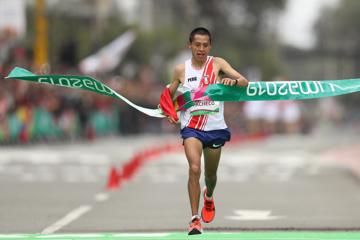 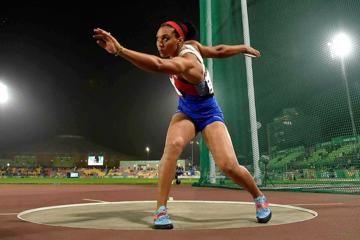 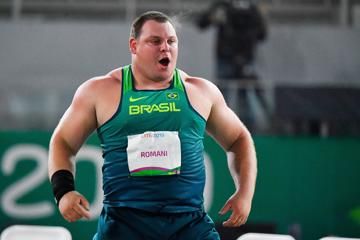