Gabriela Anahi Suarez completed the sprint double in a successful week for Ecuador as Brazil dominated the athletics competition at the inaugural Pan American Junior Games in Cali, Colombia, hosts of the 2022 World Athletics U20 Championships.

Suarez, who competed in the 4x100m at the Tokyo Olympics, opened the golden path for Ecuador with an impressive 100m win in 11.32, finished more than two tenths of second ahead of her closest rival. She added the 200m title with a personal best of 22.96, then added bronze in the 4x100m and even came close to a fourth medal when running the third leg of the 4x400m mixed relay. Her team finished third but was disqualified due to an obstruction.

She celebrated in tears as she remembered her former training partner, the late 2019 world 200m bronze medallist Alex Quinonez.

Anderson Marquinez capped a magical Friday for Ecuador, winner of five of the 12 gold medals contested on the second last day of the competition. Marquinez ran a personal best of 20.51 to take the 200m and ran the third leg of the victorious 4x400m squad. Race walker Glenda Morejon and javelin thrower Jenisey Angulo also reached the highest step on the podium in their respective events.

Another Olympian, Chayenne da Silva, left the Pascual Guerrero Stadium with three gold medals. The 21-year old Brazilian, who holds the South American U23 record, first won the 400m hurdles in 55.97 and then joined her teammates to win the women’s and mixed 4x400m titles.

Equally impressive was Anahi Alvarez, Mexico’s most decorated athlete at the Games all sports combined. A week after she won the individual title and the mixed relay silver in the triathlon, the 20-year-old was impressive in the 1500m, winning by almost nine seconds (4:20.68), and then produced another great display of distance running in the 5000m with 15:52.80. 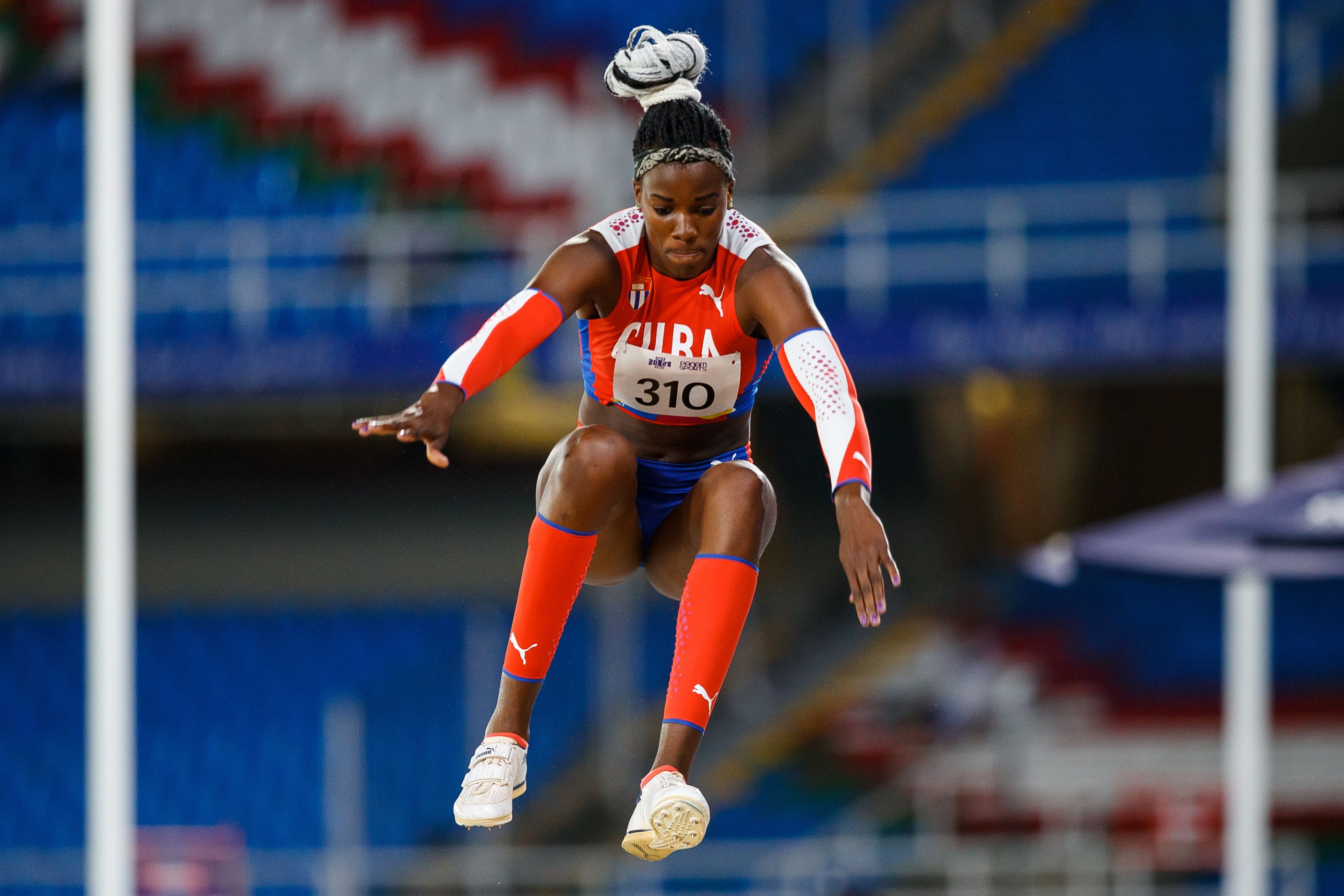 Cuba excelled in the horizontal jumps. 19-year-old Leyanis Perez jumped beyond 14 metres in all six of her attempts to take her first international victory in 14.39m. Earlier in the year she jumped a NACAC U20 record of 14.53m to move to third on the world U20 all-time list but was then forced to miss the Olympic Games through injury.

“It was a beautiful experience,” said Perez. “I wanted to secure gold in the first round and jump further with my remaining attempts. I am thankful to be here and make up for my absence in Tokyo. I jumped here with a nine-step run-up and I plan to compete with my full run-up at the World Indoor Championships next March.”

Another South American record fell on the last day of the competition. Venezuela’s 2018 Youth Olympic Games finalist Silenis Vargas smashed the area U20 record in the hammer with 65.63m, more than two-and-a-half metres better than the previous mark, held by Chile’s Mariana Garcia. Vargas surpassed the 60-metre mark for the first time in her career and joined Cuba’s Yaritza Martinez, winner with 67.47m, on the podium. Garcia settled for bronze with a best of 64.86m.

With more than 400 athletes from 30 countries competing in Cali, 13 countries won at least one gold medal, with another eight having at least one athlete on the podium. Brazil dominated the medal tally with 30 medals (10 gold, 12 silver and eight bronze), followed by Cuba (9-6-3) and Ecuador (9-2-2). 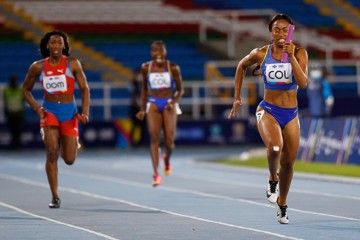