The men’s 10km race at the famous Boclassic Sylvesterlauf in Bozen/Bolzano produced a thrilling finish with Ethiopia’s Imane Merga just holding off Kenya’s 2010 World Half Marathon Championships winner Wilson Kiprop to retain his crown on Tuesday (31).

In an exciting head-to-head battle over the final 300 metres, warming up the spectators on a cold but clear afternoon, the 2011 IAAF World Cross Country Championships gold medallist prevailed by the unofficial margin of 0.1 although both men were given the same time of 28:44.

"I am very proud to have won for the third time. This is a very special victory because Kiprop gave me a hard time," reflected Merga, who also won in 2011.

Morocco’s Aziz Lahbabi, third in the 2010 IAAF World Junior Championships 5000m Championship, made much of the early pace and was rewarded for his bravery with third place in 29:00.

Five men remained in contention at the front as 5km was reached in 14:28, after four of the eight laps around the city centre. Kiprop, who recently clocked 59:49 in the New Delhi half Marathon, lead the way ahead of two compatriots, Leon Ndiema and well-known steeplechaser Jairus Birech, as well as Merga and Lahbabi.

Kiprop and Lahbabi then pushed the pace at the front with two laps to go. They went through the sixth lap, having covered 7.5km, in 21:42 closely followed by Merga, who retrospectively said he was running more conservatively in third place and waiting for the right time to launch his final kick, which finally came near the famous Frogs’ Fountain where the race is often decided.

Although Kiprop lost the race by a very narrow margin, the Kenyan was happy with second place.

“I have to appreciate the result. Second place is a good result and Merga deserved to win. It was a very competitive race with strong athletes. I am planning to run another marathon next year”, said Kiprop, whose best over the classic distance is 2:09:09 and hardly a reflection of his talent over shorter distances on the road.

Kenya’s Edwin Soi, a four-time BOclassic winner and the fastest man in the world over 5000m in 2013, was not in his best form and down in seventh place on this occasion.

Five women: Jamal, Cherono, the Ethiopian pair of Afera Godfay and Workenesh Degefa, who were second and third respectively in Bolzano last year, and Italian 1500m specialist Margherita Magnani broke away from the rest of the field after two laps and went through halfway in 8:21.

Cherono then tried to force the pace at the front closely followed by Jamal during the third lap and they opened up a three-second gap over Godfay and Degefa at the bell, before Jamal went through the gears from almost exactly the same place that Merga had made his decisive move for home.

"Coming from 1500m, it was not easy to beat a 10000m runner like Cherono. When I pulled away 300 metres to go, I knew I could win the race. It was a very good race held in a nice atmosphere and in good weather conditions. The atmosphere was unique," commented a smiling Jamal.

Godfray and Degefa, first and second at the Corrida de Houilles in France two days ago, had a private battle on the final lap for the last place on the podium, and finished third and fourth respectively.

The BoClassic was not the only top-level road race in Italy on New Year’s Eve.

Ethiopia’s triple Olympic champion Tirunesh Dibaba dominated the third edition of the We Run Rome race over 10km in 32:00, speeding up over the second half after going through 5km in 16:17.

Kenya’s Josephine Chepcouck a distant second in 32:26, ahead of Valeria Straneo, who capped her splendid year by being the first local runner home with a good third place in 33:14.

“I am happy with my performance at this time of the year. Dibaba was at another level. I will run some half marathon races in preparation for the European Championships in Zurich this summer,” said Straneo.

Kenya’s Kimurgor Kotut pulled away in the final stages of the men’s race to beat his compatriot Ciebet Kiplagat by 31 seconds in 28:17, reducing the course record set last year by Italy’s Daniele Meucci by 28 seconds.

Leading Results from the BoClassic:

BACK
Pages related to this articleAthletes
Maryam Yusuf Jamal 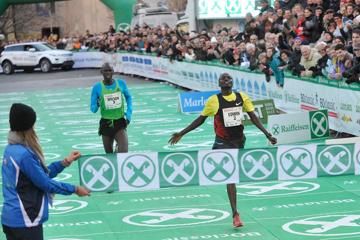 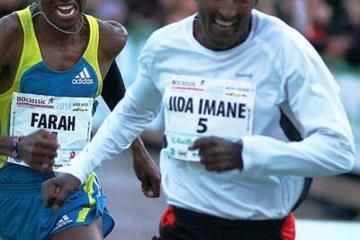 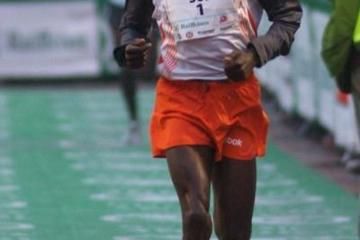 Three-peat for Soi in Bolzano... 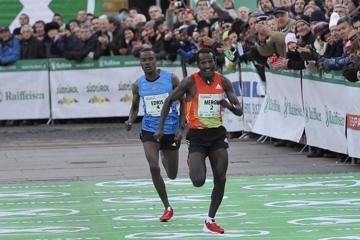