Just eight days after claiming the 1500m title, Sifan Hassan secured her second IAAF Diamond League crown of 2019 by winning the 5000m at the AG Memorial Van Damme in Brussels on Friday (6).

She did so in convincing fashion too, sprinting away from a field that included world champion Hellen Obiri, Kenyan 10,000m champion Agnes Tirop, German record-holder Konstanze Klosterhalfen and Ethiopian 10,000m champion Letesenbet Gidey.

The opening pace wasn’t quite as fast as had been requested with the field being taken through 1000m in 2:55.94. The pacemaker dropped out one lap later, leaving Eva Cherono as the leader with the following two kilometres each covered a shade inside three minutes.

Gidey moved to the front of the pack with about a kilometre left and was joined by Obiri, Klosterhalfen and Hassan as they broke away from the rest of the field on the penultimate lap. They bunched together at the sound of the bell, but had no response when Hassan kicked with 300 metres remaining.

The Dutch runner, who broke the world mile record in Monaco earlier this year, dashed away from her opponents to win in 14:26.26, crossing the line three seconds ahead of her nearest rival, Gidey, who finished second in 14:29.54. Klosterhalfen was a close third in 14:29.89 while Obiri finished a few strides behind.

"I'm really happy with my races," said Hassan. "I've really improved my last 100m, but it's going to be important to keep a strong pace in Doha. Today it was a more tactical race and I feel as though I've realy improved in that kind of racing."

Timothy Cheruiyot, like Hassan, now has three Diamond trophies to his name after winning his third successive title over 1500m.

Timothy Cheruiyot in command in Brussels

The Kenyan has dominated the event this year and he produced another convincing run in the Belgian capital. The pacemakers brought the field through 800m in 1:51.48 and 1000m in 2:20.5 with Cheruiyot tucked close behind.

With little more than a lap left, Cheruiyot had about a six-metre lead over the chase trio comprising Jakob Ingebrigtsen, Filip Ingebrigtsen and Ronald Musagala. Jakob overtook his older brother to move into second place with 200 metres to go and at one point it seemed as though he may catch Cheruiyot, but the world silver medallist was too far ahead.

Kenyan athletes have won every men’s steeplechase title since the start of the IAAF Diamond League in 2010, but that streak came to an end tonight as Ethiopia’s Getnet Wale timed his finish to perfection.

After an opening kilometre of 2:41.95, the pace dropped in the middle section but Wale and fellow Ethiopian Lamecha Girma kept the pace up over the final few laps. World silver medallist Soufiane El Bakkali kicked hard on the last lap and managed to pass Girma, but Wale overtook the Moroccan in the closing stages to win in 8:06.92. El Bakkali was second in 8:07.08 and Girma third in 8:07.66.

The women’s 800m was a more straight-forward affair as USA’s Ajee Wilson led throughout, eventually winning her first Diamond League title in 2:00.24.

A ninth-place finish in Paris two weeks ago provided the perfect motivation for Yaime Perez as she lined up to defend her Diamond League discus title. The Cuban put together one of her best series of the year, opening with 65.95m to take an early lead and extending it to 67.24m in round four.

Perkovic ended her series with 66.00m, her best throw at an IAAF Diamond League meeting this year, but it wasn’t enough to catch Perez, who extended her leading mark to 68.27m with her final throw.

“I’ve been much more consistent the past couple of years and that’s mainly because I’ve been working a lot on the mental aspect,” said Perez. “In the past I was always very nervous at important competitions but now I have this under control.”

Like Perez, Daniel Stahl led from the outset to win his first Diamond trophy. His opening throw of 68.68m stood up as the best mark of the day, but he followed it with four other throws beyond 67 metres. 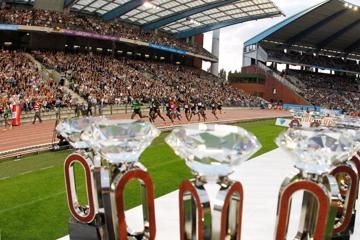 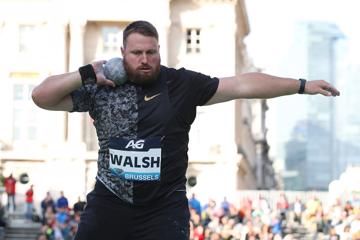 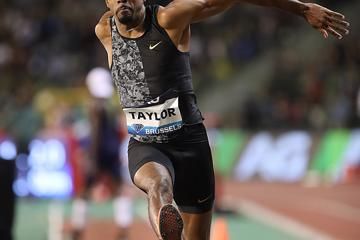 Kurgat and Bor triumph at US Cross Country Championships