Ethiopia’s Imane Merga and Kenya’s Alice Aprot were the winners at the Campaccio meeting on Wednesday (6), the first IAAF Cross Country Permit competition of 2016.

Abraham Cheroben, the fastest half marathon runner in the world in 2015, took the lead in the early stages of the men’s race and went through 2km in 5:56. He was followed by a large group featuring Merga, Haji, Birech, Abdalla Manda, Thomas Longosiwa, and Poland’s Karel Zalewski.

Birech then took the initiative and went through 4km in 11:44 ahead of Cheroben, Merga, Longosiwa, Haji and Mande.

After four laps, the leading group was whittled down to six men. Haji took the lead closely followed by Birech, Longosiwa, Merga, Cheroben and Mande.

After 20 minutes, Longosiwa, Birech, Merga, Haji and Cheroben pulled away from Mande by eight seconds. Merga remained in the leading pack but waited until the 9km mark on the last lap to take the lead, closely followed by Haji and Birech.

Merga, Birech and Haji battled it out for the win in the final sprint. Birech tried to launch his attack with 300 metres to go at the entrance of the Angelo Alberti athletics track but Merga responded by breaking away in the final straight to romp home in 28:50, holding off Haji in a close sprint.

“It was an easy race,” said Merga. “My tactic was very simple as I decided to stay in the group for most of the race until the last lap when I launched my attack.”

Stefano La Rosa finished seventh in 29:29 and was first among the European runners, one second ahead of two-time European junior cross-country champion Yeman Crippa, who ran his first race as a senior, and European steeplechase silver medallist Zalewski.

In the women’s race, Italian triathlete and long-distance runner Sara Dossena was the early leader and covered the first kilometre in 3:20. The group of favourites - formed by Uganda’s Stella Chesang, Cherono, Aprot, Masai and Jebet – chose a more conservative tactic in the opening stages.

After going through the first lap in 6:42, Jebet, Aprot and Cherono went to the front ahead of Chesang, Masai and Olympic steeplechase bronze medallist Sofia Assefa of Ethiopia.

Masai then joined the leading trio and the four athletes pulled away from Assefa and Chesang on the second lap, opening up a gap of 10 seconds.

Aprot then launched her decisive kick, breaking away from Jebet by five seconds and crossing the finish line in 18:56, taking three seconds off the course record set two years ago by Hiwot Ayalew.

“It was a very competitive race with strong runners,” said Aprot. “The course was very good and the weather was perfect for running. I am going back to Kenya to prepare the track season. My goal is to qualify for the Olympic Games in the 10,000m.”

BACK
Pages related to this articleAthletes
Imane Merga 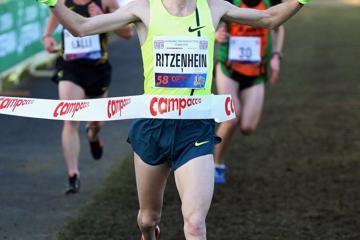 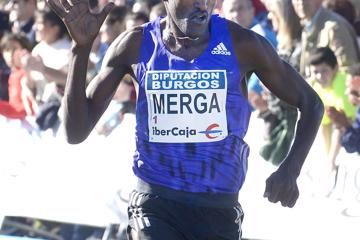