World silver medallist Carolin Schäfer and 2015 Hypomeeting winner Kai Kazmirek will return to the IAAF Combined Events Challenge meeting in Götzis on 25-26 May.

Schäfer finished on the Hypomeeting podium in 2015, 2016 and 2017, setting her lifetime best of 6836 when finishing second two years ago. The 27-year-old German will be looking for her first heptathlon victory in the Austrian town.

Along with the previously announced Katarina Johnson-Thompson, Niamh Emerson and Erica Bougard, many other top heptathletes will be in action in Götzis.

Latvia’s 2015 world bronze medallist Laura Ikauniece hasn’t completed a heptathlon since her third-place finish in Götzis in 2017 with a PB of 6815, but the 26-year-old returned to top form earlier this year and will be keen to secure a qualifying mark for the IAAF World Athletics Championships Doha 2019.

Kazmirek, the world bronze medallist, finished fourth in Götzis last year with 8329 in what was his only complete decathlon of 2018. The 28-year-old will be one of several strong German decathletes in action in Götzis as he will be joined by world silver medallist Rico Freimuth, 2016 world U20 champion Niklas Kaul, 2016 world indoor bronze medallist Mathias Brugger, 2014 world U20 bronze medallist Tim Nowak and 2018 Ratingen runner-up Manuel Eitel.

Dutch duo Eelco Sintnicolaas, the 2013 European indoor champion, and Pieter Braun will return to the site of their PBs. Sintnicolaas scored 8539 in Götzis in 2017 while Braun tallied 8342 there last year.

Others in the field include Belgium’s Niels Pittomvils, Norway’s Martin Roe and Sweden’s Fredrik Samuelsson. 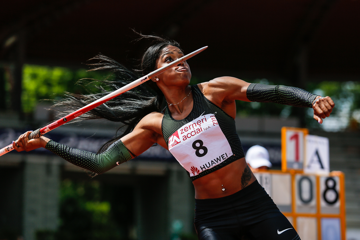 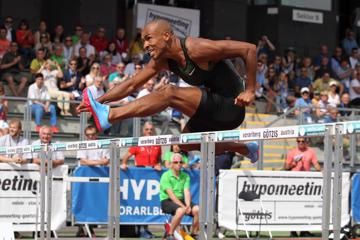 Past winners Warner and Johnson-Thompson set ...