While USA’s two fastest 110m hurdlers ever have won the past two global titles, perhaps neither one is favoured to win at the Prefontaine Classic in Eugene on 29-30 May, the third leg of the 2015 IAAF Diamond League.

Aries Merritt etched his name in sprint hurdles history in 2012. He ended a 16-year US Olympic gold medal drought by winning in London, and a month later became the first US athlete since Roger Kingdom in 1989 to claim the world 110m hurdles record, clocking 12.80 to win the Diamond Race trophy. His time lowered the world record by 0.07, the largest improvement since Renaldo Nehemiah did the same when he ran the first sub-13.00 in 1981.

David Oliver is the world champion and a two-time Pre Classic winner. His 2010 victory of 12.90 equalled the US record at the time and remains the US all-comers’ record. The 32-year-old is the only two-time winner of the Diamond Race in this event.

France’s Pascal Martinot-Lagarde notched up five IAAF Diamond League victories in 2014, the first of those being in Eugene. His fastest win came in Monaco where he set a national record of 12.95. This summer in Beijing, he will be seeking his first major outdoor medal, having already collected silver and bronze at the past two editions of the IAAF World Indoor Championships.

World bronze medallist Sergey Shubenkov is the two-time European champion. The Russian record-holder competed at the Prefontaine Classic in 2014 and 2013.

Olympic bronze medallist Hansle Parchment has set four Jamaican records in the 110m hurdles. The third of those came when winning at the Prefontaine Classic in 2013 in 13.05. After finishing second in Eugene last year, Parchment lowered the record again to a world-leading 12.94 in Paris.

Olympic finalist Orlando Ortega improved his PB to 13.01 last year. His previous best, 13.08, was set when finishing second in Eugene in 2013. The Cuban started 2015 in great form, posting a world-leading time of 7.45 in the 60m hurdles.

USA’s Aleec Harris is yet to lose this year, indoors or out, with a pair of world-leading marks of 13.23. He made two appearances in Eugene last year – at the NCAA Championships in June and then at the Run Track Down meeting in July – and set PBs in both of them, clocking 13.18 and 13.14.

Asian Games champion Xie Wenjun will be making his first appearance on US soil. The 24-year-old set his PB of 13.23 when winning at last year’s IAAF Diamond League meeting in Shanghai. 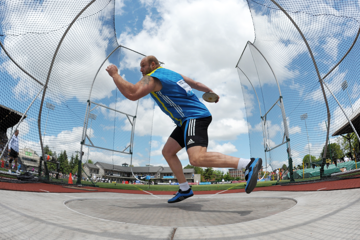 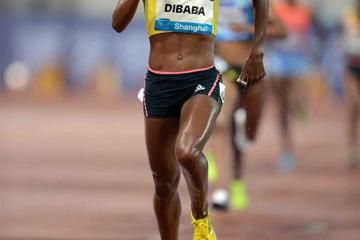 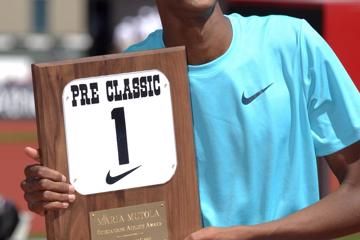 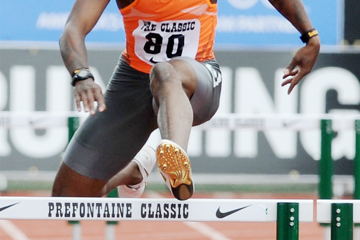