Bogdan Bondarenko, the 2013 world champion in the high jump, and world pole vault champion Shawn Barber have joined the fields for Lausanne’s Athletissima meeting on 25 August, the 11th stop of the 2016 IAAF Diamond League series.

In both 2013 and 2014, the men’s high jump was one of the most exciting events of the competition.

The main entertainer of those extraordinary shows was Bondarenko, who has already won at the IAAF Diamond League meetings in Shanghai and Rabat this season.

Three years ago, the Ukrainian became the first jumper to clear 2.40m at Pontaise stadium when he topped 2.41m, a record which still stands, and 12 months later he won again with 2.40m on countback over fellow Ukrainian Andriy Protsenko, one of just three occasions when two men have cleared 2.40m or higher in the same competition.

“I love being in Lausanne because I always perform well there,” said Bondarenko, who also lifted the Diamond Trophy in 2013 and took the European title the following year.

“One of the reasons is certainly the fact that the spectators are so close. I love the atmosphere in this stadium, it is very motivating," he added

At the opposite end of the stadium, Renaud Lavillenie will have his work cut out for him as he targets a fourth Lausanne victory in the pole vault.

The world record holder will face Barber, who pulled off one of the bigger surprises at last year’s IAAF World Championships Beijing 2015 where he won with 5.90m.

The 21-year-old Canadian has already gone higher this year, topping 6.00m indoors and 5.91m outdoors, and is considered as a serious rival of the French jumper. It will be the Barber’s first appearance in Lausanne.

Greece's Konstadinos Filippidis, winner of the 2013 edition and whose personal best is 5.91m, will also be a serious contender.

It's clear an entertaining aerial show will be on display once again in Lausanne.

BACK
Pages related to this articleAthletes
Bohdan BONDARENKO 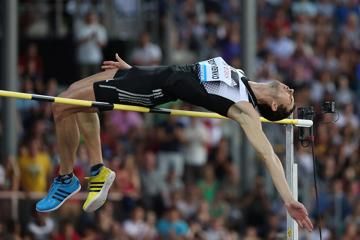 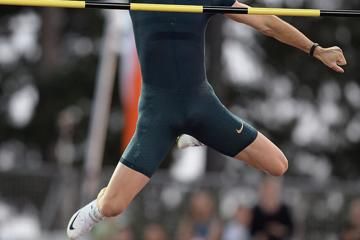