Inside the majestic Nanjing Olympic Sports Centre Stadium it was the sprint hurdlers who took centre stage on Wednesday (20), the opening day of the athletics programme at the 2014 Youth Olympic Games.

On a muggy night – but with thankfully relatively forgiving temperatures – the star of the first of three evenings of straight qualifications was versatile Jamaican hurdle star Jaheel Hyde.

Only last month Hyde had blitzed to the world junior 400m hurdles crown in Eugene and initially he planned to focus on the longer event here in eastern China. However, he decided instead to switch his attention solely on the boys’ 110m hurdles, an event in which he secured gold at last year’s IAAF World Youth Championships.

Here in the first of three heats he stopped the clock in 13.16, the fastest qualifier for the A final and within 0.04 of the world youth best held by Wilhem Belocian – a mark the 17-year-old will have his sights on in the gold medal race.

Times, not finishing positions, determine all places in the finals, which guarantee some eyeballs-out racing in qualification.

With the world’s top three ranked youth athletes all here in Nanjing, the girls’ 100m hurdles was dripping with quality and so it proved. The swiftest of the qualifiers was France’s Laura Valette, who ran 13.34, some 0.09 quicker than second-quickest, world leader Elvira Herman of Belarus.

Yomif Kejelcha has featured as an age-group superstar for the past couple of seasons and the 17-year-old was a hugely impressive winner of the boys’ 3000m qualification race, securing victory in a canter (8:05.85) from Kenya’s Moses Koech.

Kejelcha, the winner of the men’s junior 5000m title in Eugene last month, also boasts the second-fastest 3000m time in history for a youth and the tall Ethiopian will take all the beating in the final.

In the girls’ equivalent, all the main protagonists advanced to the A final by finishing in the top half of the 20-strong field. Leading the pack in 9:06.87 was Bahrain’s Fatuma Chebsi, one of 12 girls to register a PB.

The biggest cheer of the night was reserved for home favourite Cheng Yulong, who led the qualifiers in the boys’ discus. The world youth No.4 launched the 1.5kg discus out to 59.88m with his first-round effort and although that was matched by German Clemens Prufer, it was Cheng – by virtue of a superior second-best throw – who was ranked No.1 in qualification.

If the Games are about breaking new ground and performing above and beyond expectations, then this point was wonderfully illustrated by Jess Thornton in the girls’ 400m qualification.

The 16-year-old’s previous best of 53.90 was set in December last year, but in a sensational performance in heat one she registered an outstanding PB of 52.78 to head the qualifiers by a huge margin of 1.17.

In the boys’ equivalent, Jamaica’s 2013 world youth 400m champion Martin Manley was coolness personified, topping the qualifiers with ease in a time of 47.14 from Denmark’s Benjamin Lobo Vedel (47.27).

Also on the track, Germany’s Mareen Kalis trimmed 0.15 from her lifetime best to advance into the women’s 800m A final as the No.1 athlete. A measure of the German’s superiority was that she was exactly two seconds quicker than the second fastest, Martha Bissah of Ghana.

The major surprise of the night came in the girls’ long jump as world youth leader Ekaterina Kropivko missed out on the A final, placing a disappointing 11th out of 15 competitors. The Russian’s best of 5.50m from her four attempts did not come close to making the top 50 percent and she will instead have to settle for a place in the B final. Best of the day was Italy’s Beatrice Fiorese, bettering her legitimate PB by eight centimetres with 6.26m, equalling her best ever wind-assisted distance.

In the girls’ pole vault, Angelica Moser of Switzerland led the qualifiers with 3.80m with world youth champion Robeilys Peinado also safely progressing. In the boys’ high jump world youth leader Danil Lysenko was ranked first after a flawless record up to and including 2.10m. Alyona Belyakova of Ukraine comfortable led the A final qualifiers in the women’s discus with a best of 50.89m. 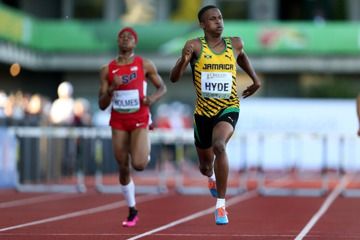 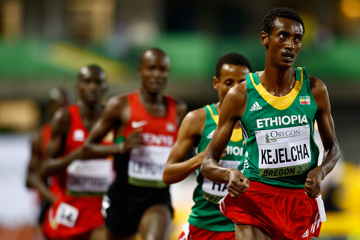