Ayana runs fastest ever women's marathon debut with 2:17:20 in Amsterdam

Setting a Dutch all-comers’ record, Ayana won the head-to-head against her fellow global track gold medallist and compatriot Genzebe Dibaba, who was also making her marathon debut, while Tsegaye Getachew made it an Ethiopian double, winning the men’s race in a PB of 2:04:49.

The women’s race in Amsterdam featured a trio of notable debutants and despite going up against some more experienced opponents when it comes to marathon running, the spotlight was on Ayana, Dibaba and their compatriot Tsehay Gemechu.

Gemechu managed to hold on until 33km but was dropped by Ayana and Dibaba a short while later, Ayana a stride ahead as she reached 35km in 1:54:01.

Looking untroubled, Ayana eased away from Dibaba and was half a minute clear at 40km, passed in 2:10:07. She continued to push on and grew her advantage to 45 seconds by the finish, clocking 2:17:20 to beat the previous fastest ever women’s marathon debut time of 2:17:23 achieved by Yalemzerf Yehualaw in Hamburg in April.

"I have no words for this. This is very special and I am very happy," said Ayana. "It was very tough after my Olympic title in 2016 with injuries and pain. I am grateful for my husband, son and management for all the support."

While Ayana broke away over the final 5km of the women’s race, Getachew waited until the last 2km to make his move. 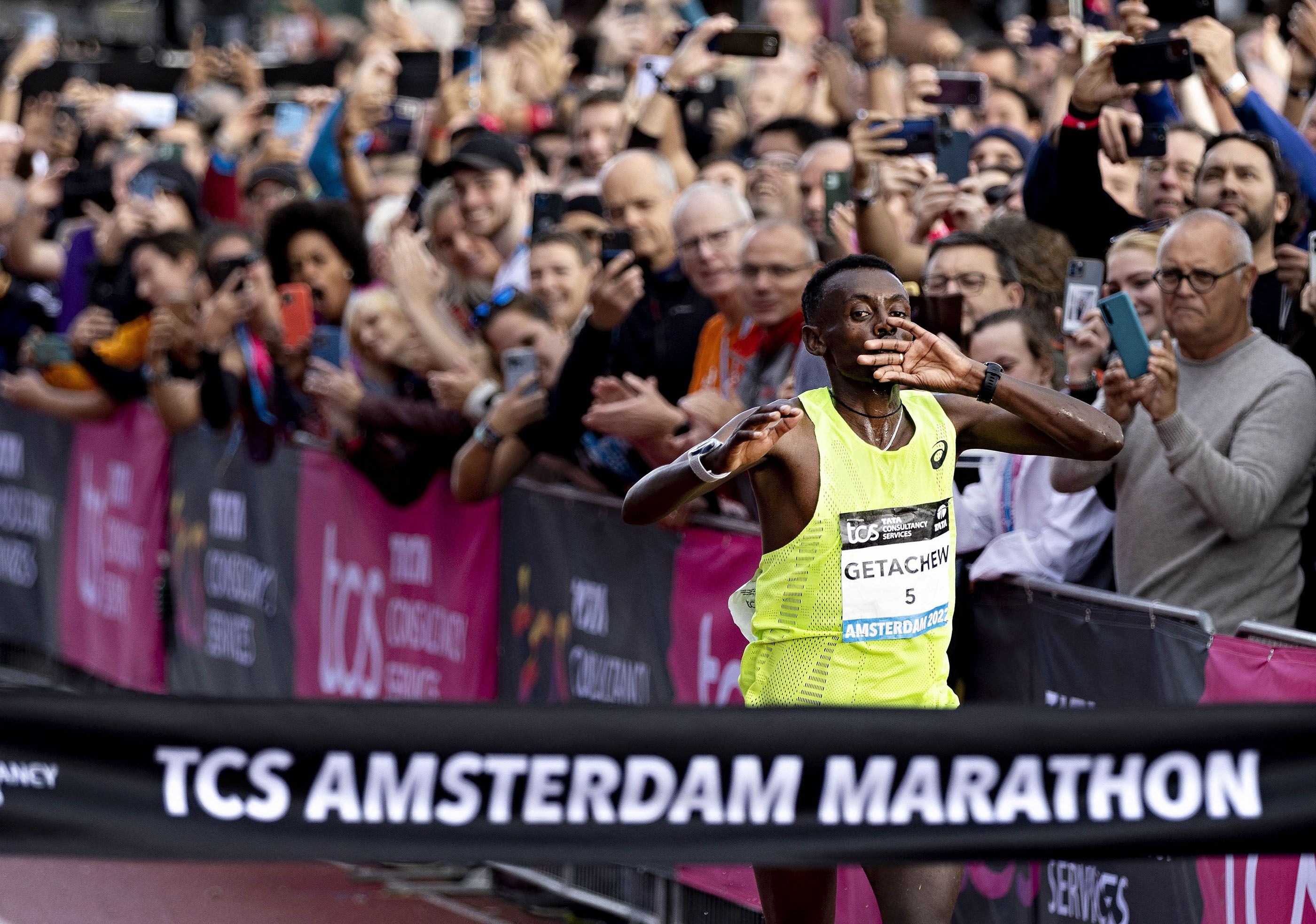 Still feeling good as they reached 40km in 1:58:23, Getachew kicked and no one could challenge him. Kenya’s Titus Kipruto gave chase, with Asmare just behind them, but Getachew had the strength to stride clear, celebrating on his way to the finish line, which he crossed in 2:04:49. Kipruto held on for second place, five seconds back, while Asmare was a further three seconds behind him, finishing third in 2:04:57.

Kenya’s Abraham Kiptoo was fourth in 2:05:04 and Ethiopia’s Huseydin Mohamed fifth on his marathon debut in 2:05:05 as the top nine all finished under 2:06.

“The competition was very good, the spectators were great and there was a great atmosphere out on the course,” said Getachew after the biggest marathon win of his career so far, following previous victories in Riyadh, Izmir and Dalian.

“I was just very pleased. I felt very good in the last 5km as we went into the park, and especially as we left the park with 2km to go.”

BACK
Pages related to this articleAthletes
Almaz Ayana