It’s not just the gold medallists who gain valuable experience from competing at the IAAF World U20 Championships. Many other medallists and competitors go on to become stars of the sport in their senior years.

World 200m champion Ramil Guliyev recalls his two World U20 appearances in 2006 and 2008 and the valuable lessons he learned in Beijing and Bydgoszcz.

When Ramil Guliyev struck 200m gold at the 2017 IAAF World Championships, many considered it to be one of the more significant upsets of the competition.

The Azerbaijan-born Turk not only repelled the challenge of pre-event favourite Wayde van Niekerk, he also became the first world champion from his adopted country.

Yet his performance inside a packed London Stadium did not emerge from nowhere. The sprinter has a long and rich international past in the sport dating back more than a decade. His two experiences at the World U20 Championships, which formed a crucial grounding in his career development, are embedded in his mind.

Boasting impressive speed from a young age, he ran a 100m PB of 10.71 aged just 16 to earn a spot on Azerbaijan’s team for the 2006 IAAF World U20 Championships in Beijing.

“Back then I only did the sport for fun and I had no idea about professional sports,” he says. “I recall travelling to China. It was a nice place. Different. The competition went well and I earned some good experience.”

It was his first taste of a major championships and it made an impact both on and off the track.

“It was a big competition and I was competing against athletes from many different countries,” he says. “Having competed under such pressure (as World U20s), I found when I took an exam at university it came more easily to me.”

Guliyev – who at the time was coached by his father, Eldar – emerged in 2007 a much stronger athlete. He completed an eye-catching 100m/200m double at the European Youth Olympic Festival in Belgrade and excelled at the IAAF World U18 Championships in Ostrava, earning 200m silver in 20.72, 0.05 behind Ramone McKenzie of Jamaica.

Yet for all the success enjoyed in his ‘breakthrough’ season, such experiences, he insists, do not always have a long-term career benefits.

“I recall it was easy for me to compete at the European Youth Olympics,” he explains. “It is not always good for the future competitions when you feel you win easily (as this can lead to complacency).”

In 2008, Guliyev did not enjoy the perfect campaign. About four weeks before the IAAF World U20 Championships in Bydgoszcz, Poland, he pulled a hamstring which sidelined him for two weeks. In a race against time to be fit to compete in the Zdzislaw Krzyszkowiak Stadium, he made it to the start line and approached the competition in a philosophical mood.

“My coach told me to just go out and enjoy the event,” he explains. “We didn’t hope for medals, just simply to make the most of the experience.”

Arriving two or three days before the competition, he has few memories of Bydgoszcz as a city, but he does vividly recall his competitive experiences.

Running at about 80% because of the hamstring issue, Guliyev never quite discovered his best form in Poland. In the first round of the 200m he advanced in second before repeating that finishing position in his semi-final, recording 20.90. In the final a disappointing start left him playing catch up and he flashed through the line in fifth in 21.00, 0.17 behind the gold medallist Christophe Lemaitre of France.

“Bydgoszcz taught me to concentrate 100% (after the bad start I made in the final),” he explains, “and the final taught me the importance of competing at a big event, under pressure in a large stadium.

“I felt I could have done better, but it just wasn’t my day,” he adds. “Yet I realised this was not the end of my career. I had many more opportunities to race.”

His assessment proved correct. Just one month after his performance in Bydgoszcz, Guliyev, then aged just 18, impressed on the Olympic stage, setting a national 200m record of 20.66 at the Beijing Games. He went on to land the European junior 200m crown and although some fallow years followed, last year the heavily-tattooed Turk enjoyed his crowning glory at the World Championships.

To those set to compete at the forthcoming IAAF World U20 Championships Tampere 2018, the 19.88 200m sprinter has a simple piece of advice.

“Have fun and enjoy it,” he says. “The really serious competitions will come later, at the World Championships and Olympic Games.”

BACK
Pages related to this articleAthletes
Ramil GULIYEV 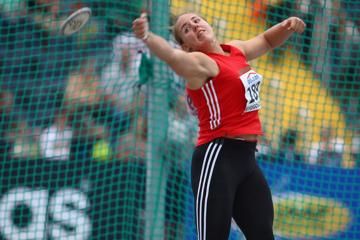 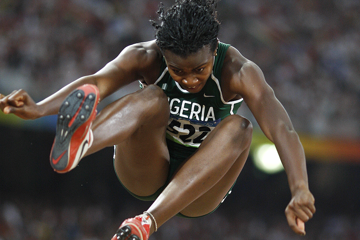