Nethaneel Mitchell-Blake’s story behind the picture

“I just finished the 4x100m final in front of my home fans and in this very moment I, and the rest of the team, were unsure as whether I’d won gold. To be honest, I didn’t know what to do with my hands and I think I was biting the baton out of nerves. I was feeling a whole range of emotions, a lot of adrenaline and also a little anxiety.

“Earlier in the championships, I had finished fourth in the 200m and I was upset because I had wanted to win a medal. Yet I knew I had the possibility of the relay to come, so I had to refocus. We practiced the day before the heats. I was running anchor but to be brutally honest the exchanges had not gone well between Danny (Talbot) and I, which put some doubt in my mind because the final team from a squad of seven athletes was selected later that day.

“Fortunately, the selectors had faith in me and I was awarded the job of running anchor for both the heats and, should we qualify, the final.

“Relay exchanges are always such a hard thing to get right. As the outgoing runner, I’m looking back at a 15cm long and 6cm wide check mark, which is a distance of 25 to 30 pigeon steps away. To complicate matters I am looking back at the mark both backwards and upside down - and in London with 60,000 people cheering in a stadium! The job as the outgoing runner is to gauge the rhythm of the runner and anticipate when he hits the mark to start the run.

“On the morning of the heats, thankfully, practice went well between Danny and I. If that had not been the case doubts might have started to creep in but this gave us a lot of confidence.

“The heats were a big success. We placed second in 37.76 (0.06 behind heat winners the US), although I was initially frustrated to come within 0.03 of the British record because I felt like I’d eased down before the line. Apart from that the race had gone perfectly and we all felt like we had a little more to give in the final.

“I would describe the mood within the team on the day of the final as buoyant but calm. We all get on very well, so we are a cohesive unit. I recall all leaving our rooms simultaneously and arriving at the lift to head downstairs at exactly the same time, even though this was completely uncoordinated. I recall Danny, who is such a cool, calm character, saying ‘I’ll be annoyed if we lose the final!’

“In the call room, I remember CJ (Ujah) saying ‘let’s have fun.’ We never put ourselves under intense pressure. The cameras were following Usain Bolt everywhere but we never felt in awe of the occasion.

“We made our entrance into the stadium and we received the most amazing roar. It made me like a rock star. I felt like Bono on stage. As we came out one of the sparks from the flames which marked our entrance caught my shoulder. I recall looking up to my family – where my mum made a running gesture with her arms.

“The race began and I remember seeing CJ (Ujah) in lane seven open up a gap. My emotions were ‘Oh, crap. We are in the mix.’ Adam (Gemili) then gave it to Danny and I had nine seconds to wait for the baton. I ripped off hard and briefly I thought to myself ‘Danny’s not going to catch me’ but as soon as I said the ca (for catch) in my mind he shouted ‘hand’, I thrust my hand back and received the baton.

“The front three had done such a stellar job we were in the lead. I was aware of (Christian) Coleman the US anchor in my peripheral vision but I had no idea where the Jamaicans were and I was completely oblivious to what happened to Usain Bolt (he pulled up injured) on the final leg. I had to focus on staying relaxed because track and field is a weird sport in that if you push too hard and tense up you slow down.

“I had a tendency to dip too early but this time I ran right through the line but because I could still see Coleman in my peripheral vision I was unsure we had won and that is when the baton went into my mouth.

“For what seemed like an eternity I waited on the result and when I saw it flash up (Great Britain set a new national record of 37.47 to win by 0.05 from the US) it seemed such an overwhelming experience. I’m a big fan of Arsenal (Premier League football team) and I felt like Thierry Henry scoring a match-winning goal. I felt super-human.” 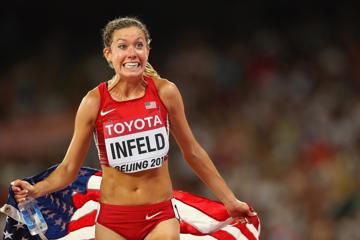 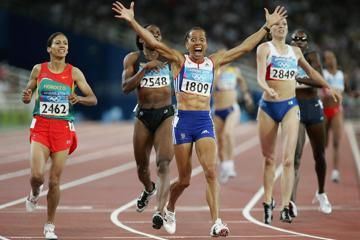 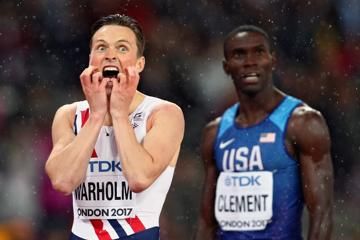 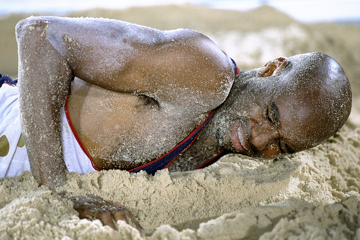