Nicholas Kimeli on his way to winning the 10,000m in Leiden (© Erik van Leeuwen)

The 21-year-old, contesting his first 10,000m race in three years, ran alongside compatriot Solomon Kiplimo Boit during the early stages, passing through 3000m just inside 8:12. Kimeli broke away from Boit just a couple of laps later and set off in pursuit of a sub-27-minute time.

Kimeli’s lead grew with each lap, while Boit continued running in no-man’s land. Further behind, Dutch runner Mike Foppen, making his debut over 10,000m, gradually detached himself from the main chase pack.

Kimeli forged on and started to sprint on the final lap when he realised a sub-27-minute performance was a possibility. He crossed the line in 26:58.97 to smash the meeting record by almost half a minute.

As is tradition at this meeting, a golden spike trophy is presented to the top performer of the night. Unsurprisingly, Kimeli scooped that accolade.

Elsewhere in Leiden, Menno Vloon won the pole vault with 5.76m, the second-best clearance of his career after his 5.85m national record in 2017.

Some of the country’s biggest stars turned out in Bergen for the Norwegian Championships, which concluded on Sunday (20).

Just three days after winning in Rome with a meeting record of 47.07, two-time world champion Karsten Warholm won the 400m hurdles in 48.23, finishing more than five seconds ahead of the rest of the field.

World champion Toshikazu Yamanishi stepped down in distance at the Japanese Inter-Corporate Championships in Kumagaya and won the 5000m race walk in 18:34.88, the fastest ever clocking by an Asian race walker.

Yamanishi had Eiki Takahashi, Tomohiro Noda and Satoshi Maruo for company in the early stages, but he gradually dropped them one by one before going on to win by almost 17 seconds. Takahashi finished second in 18:51.25.

Yamanishi’s winning time is four seconds faster than the Asian record set by Yusuke Suzuki back in 2015, just three months after he set a world record over 20km.

The women's 5000m was similarly speedy, won by Kenya's Rebecca Mwangi in 14:55.32. National half marathon record-holder Hitomi Niiya was a close second in 14:55.83, while Ririka Hironaka placed third in 14:59.37. Niiya and Hironaka moved to second and third respectively on the Japanese all-time list.

On the infield, Tomohiro Shinno produced a lifetime best of 2.31m to win the men's high jump title, moving to fourth on the Japanese all-time list in the process. National record-holder Haruka Kitaguchi threw a season’s best of 63.45m to win the women’s javelin. 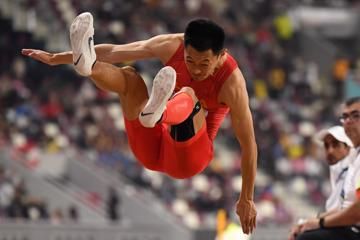 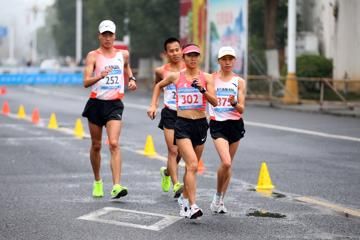 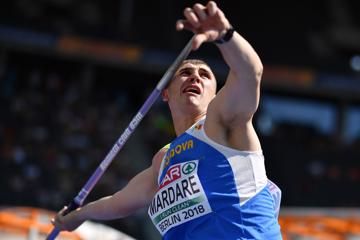