Kenya’s Angela Tanui and Eric Kiptanui claimed victory at the Xiamen Marathon and Tuscany Camp Global Elite Race in Siena on Sunday (11), with Tanui breaking the Italian all-comers' record with 2:20:08 at the specially-organised elite-only event.

Held as an opportunity for athletes to achieve qualifying marks for the Olympic Games in Tokyo – with co-operation from the Italian Athletics Federation, World Athletics and the Xiamen Marathon, which was unable to welcome overseas entrants to race this weekend due to pandemic restrictions – the event saw athletes compete on a roughly 5km loop course around the roads of the Siena-Ampugnano Airport.

Despite the rain and wind, 2018 Venice Marathon winner Tanui took more than five minutes off her PB to improve the Italian all-comers' best which had previously been Vivian Kiplagat’s 2:22:25 set in Milan in 2019.

Ethiopia’s Rahma Tusa, Gebiyanesh Gedamu and Haven Hailu Desse were among those to the fore along with Tanui at halfway, with the 22,470m mark passed by that lead group in 1:15:19.

By 30km a group of four athletes was breaking away, with Tanui joined by her fellow Kenyans Gladys Chepkirui and Delvine Meringor, plus Gedamu. Tanui made a break and continued to move ahead over the final 10km, eventually winning by more than two-and-a-half minutes from her compatriot Purity Changwony, who came through to finish second in a PB of 2:22:46. Gedamu was third in 2:23:23 and Desse fourth in 2:23:52 as the top six went sub-2:25.

South Africa’s Gerda Steyn broke the long-standing national record with 2:25:28 in ninth, while 2013 world silver medallist Valeria Straneo was the top Italian in 20th and finished a minute outside the Olympic qualifying time with 2:30:33.

The leaders hit 30km in 1:29:38 before Kiptanui and Ethiopia's Abdi Fufa Nigassa made a move with less than 5km remaining.

Germany’s Richard Ringer took more than two minutes off his PB with 2:08:49 to finish 17th, while Italy’s Stefano La Rosa was 30th in 2:11:42, just 12 seconds outside of the Olympic qualifying mark. 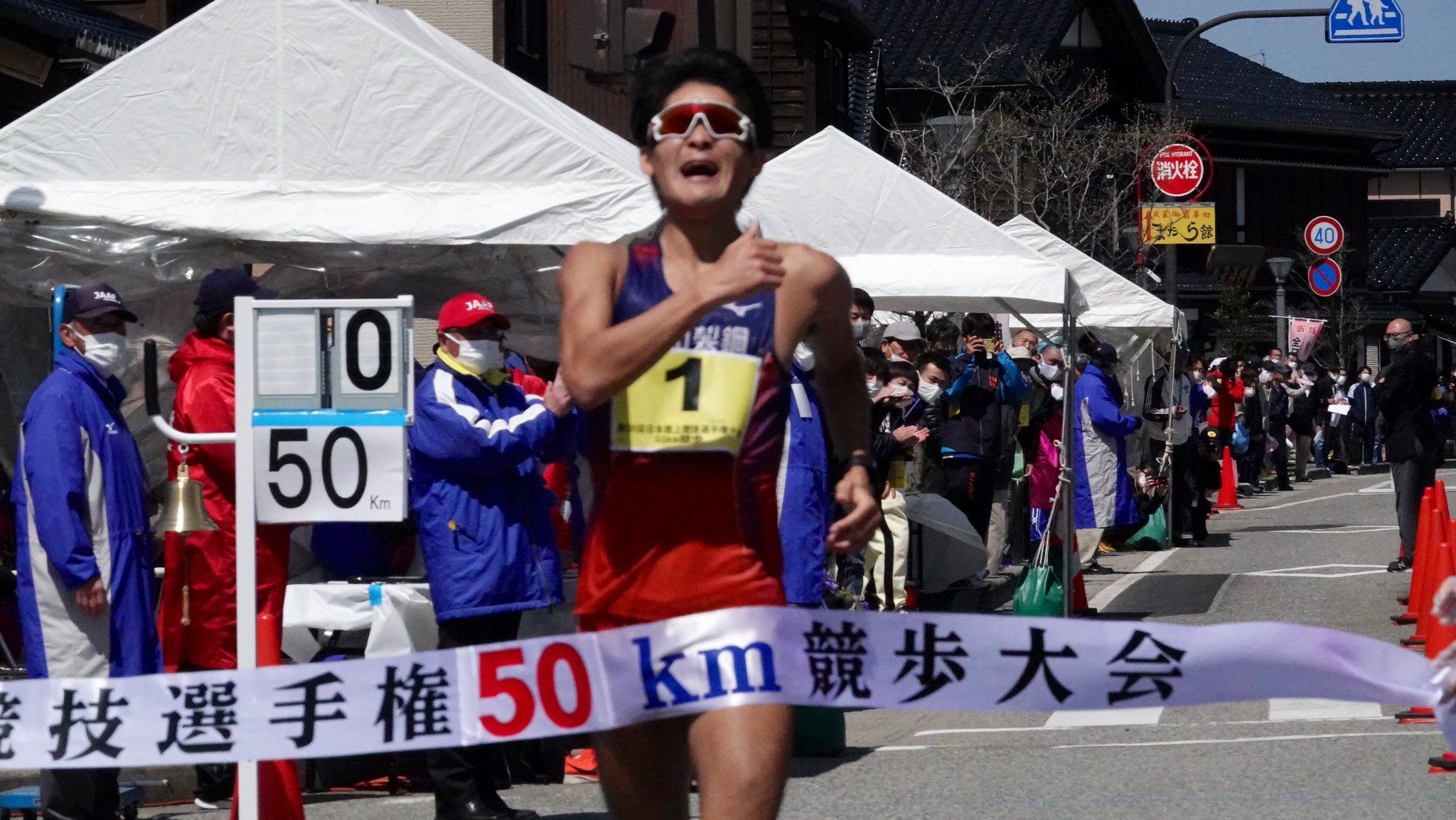 With two team places already decided, athletes had been racing to join Yusuke Suzuki and Masatora Kawano at the home Olympics this summer and intentions were clear from the start. The leaders went through 10km in 44:25 and the pace picked up further as Tomohiro Noda led through 20km in 1:27:18.

Noda and Maruo – who finished seventh and fourth respectively in the Japanese Race Walking Championships over 20km in February – had broken away by the halfway point, which they passed in 1:48:16, with 2017 world bronze medallist Kai Kobayashi behind them in third.

After a slight dip, the pace increased again and Noda created a gap on 2017 world fourth-placer Maruo but it was not sustained and Maruo made up ground as the pace slowed at around 38km, moving ahead around 41km into the race.

Behind him, 2018 Asian Games champion Hayato Katsuki was working his way through the field and first passed Kobayashi with around 4km remaining. One kilometre later he had moved into second place, with Kobayashi also passing Noda.

Remaining untroubled at the front, Maruo – who was contesting his first 50km race walk since 2019 when he set his 3:37:39 PB – held on to claim victory by almost four minutes.

BACK
Pages related to this articleAthletes
Satoshi MARUO