Stewart McSweyn in action in Penguin (© Epic Events and Marketing)

Stewart McSweyn capped a memorable 2020 campaign with a lifetime best in the mile in the Tasmanian town of Penguin on Tuesday (29), clocking an Australian all-comers’ record of 3:50.61.

It’s the fourth PB of the year for the 25-year-old, who raced frequently on the Wanda Diamond League and World Athletics Continental Tour circuit earlier in the year, setting a national 1500m record of 3:30.51 in Doha and an Oceanian 3000m record of 7:28.02 in Rome.

The Oceanian summer season, however, is just getting underway and today’s race marked an encouraging effort as McSweyn kickstarts his preparations for the Tokyo Olympic Games in 2021.

“It’s early season, so I’m never sure what type of shape I’m in,” he said. “There was a little bit of pressure, but when I got here and started warming up, I looked at the crowd and thought, ‘if I’m going to run a fast time in front of any crowd, this is the one’.”

Paced by Adam Spencer for the first 800m, McSweyn ran solo for the second half and ended up winning by 19 seconds.

He took four seconds off his previous PB, set in Birmingham two years ago, and places him fifth on the Oceania all-time list.

“I’m stoked!” he said after the race. “Obviously I’m a Tasmanian. The North West coast is where I grew up so I want to come here and perform, and I’m happy I was able to do that this year.

“I thought because it was early season, the pace would feel really quick, but I felt strong at 800 metres – I felt a lot comfier than I normally do in a 1500 or mile. I knew I was on for a good time, but with 350 metres to go I really started hurting, and it’s just a long grind when you’re out there by yourself. I was happy I was able to tough it out and close in a big PB.

“I think I’m building the skill set now,” he added. “I can kind of take on races – I can run races how I want to race. That was the key tonight, being able to run fast when I’m out on my own, because I probably run best in those kinds of races. It’s definitely a good tune up for what I’m hoping to do this year.

“I know that I can match the top guys now. I think I’m going to be right in the mix if I can get it right in Tokyo. It’s a good confidence boost but I still know I’ve got to get better. I’m just going to throw everything at Tokyo. I’m pretty excited for the year to come.”

Jon Mulkeen for World Athletics, with assistance from Sean Whipp

BACK
Pages related to this articleAthletes
Stewart MCSWEYN

Obiri and McSweyn victorious in Doha as Wanda... 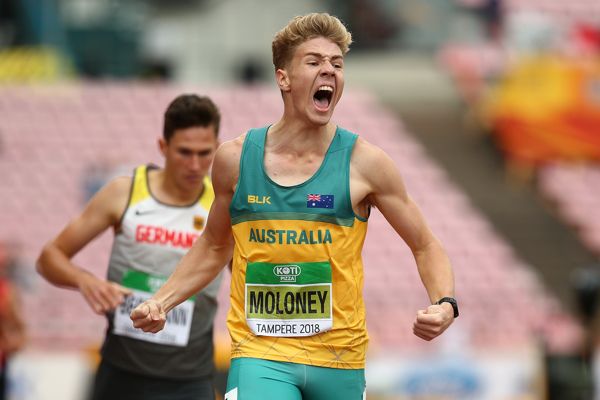