The Brazilian team dominated the 52nd edition of the South American Championships, held at the Estadio Alberto Spencer in Guayaquil, Ecuador, from 29-31 May, mostly in warm and humid conditions.

Buenos Aires was set to be the original venue, but due to the hard situation faced by most South American countries in the pandemic, the South American Confederation put up an emergency plan in just a few weeks, during which Guayaquil came up as the most favourable venue. It was the first time since 1969 that Ecuador had hosted the event, the oldest area championships in the world.

One area record and eight championship marks were improved, plus the 4x400m mixed relay, held for the first time. Many athletes, aiming to obtain important points towards the Tokyo Olympic Games qualification, welcomed the possibility of competing at such high level in spite of all known difficulties and restrictions.

Ecuador’s Glenda Morejón celebrated her 21st birthday with her first victory at this event and a South American record for the 20,000m race walk, clocking 1:29:24.7 to move to third on the world all-time list. Morejón, the 2017 world U18 champion and 2018 world U20 bronze medallist, finished comfortably ahead of Brazil’s Érica de Sena, the fourth-place finisher at the 2019 World Championships.

Andrés Chocho, winner of the men’s 20,000m race walk in Guayaquil (1:24:19.0), and coach of both athletes, explained that Morejón and Sena had a controlled race because the group will be competing at the Race Walking Grand Prix in La Coruna on 5 June in what will be their last event before the Tokyo Olympics.

Brazil’s Rafael Henrique Pereira produced one of the best performances of the championships by winning the 110m hurdles with a personal best and championship record of 13.35 (0.7m/s). The 24-year-old Pereira, South American U23 champion in 2018, is enjoying a break-out season. After finishing second at the 2020 national championships with 13.64, Pereira has improved his personal best four times in 2021, and is now just 0.03 shy of the Olympic qualifying mark.

This is Pereira’s first South American title, becoming the 22nd Brazilian to win the 110m hurdles at the event. His compatriot Eduardo de Deus, champion in 2017, abandoned at the eighth hurdle after hitting a couple of barriers; Colombian Yojan Chaverra was second in13.53. 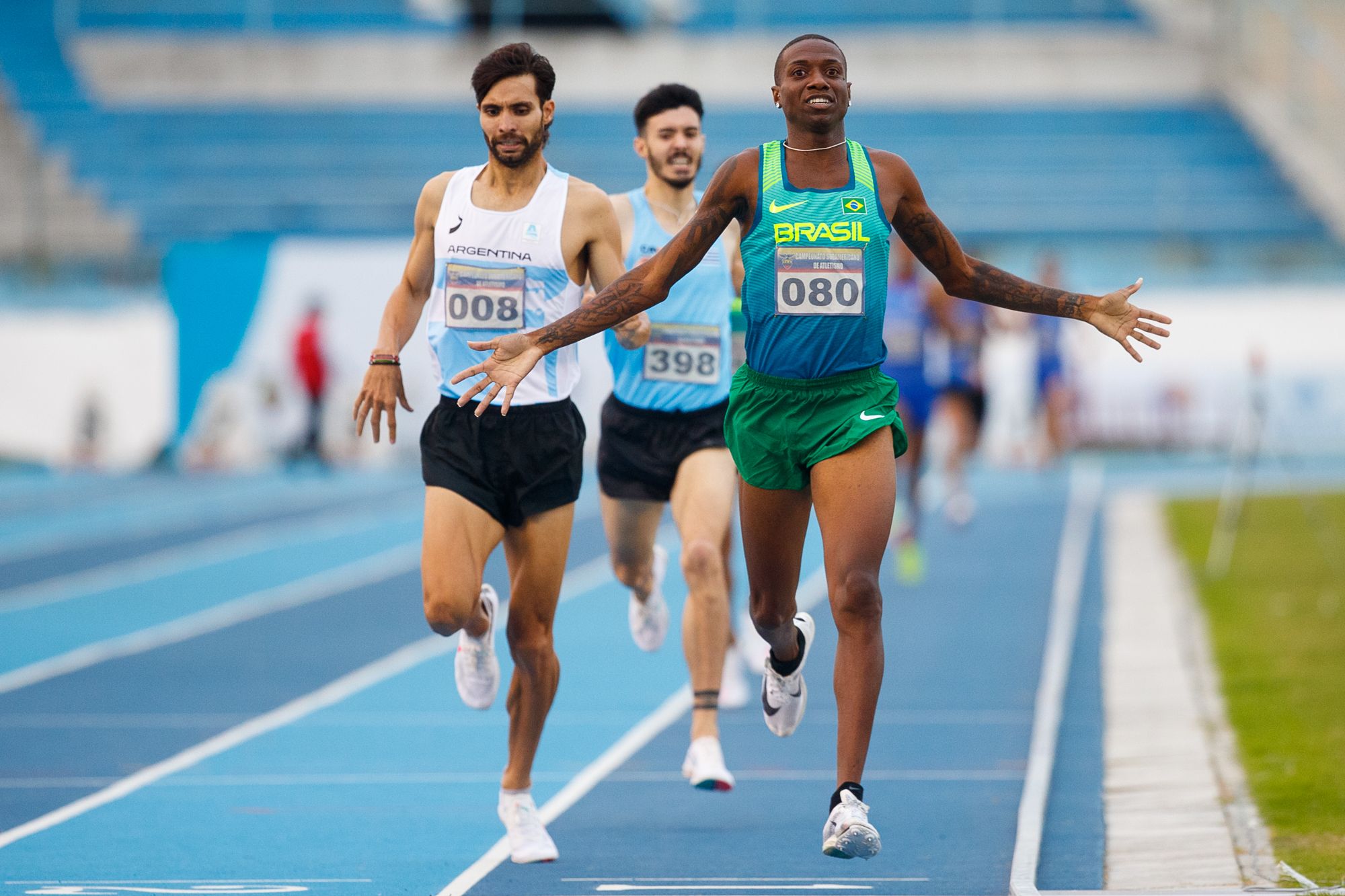 Nineteen-year-old Lucas Nervi won the discus with a personal best of 63.18m. The last time that Chile won this event at the South American Championships was in 1974, when Hernán Haddad was triumphant in Santiago with 47.12m.

Humberto Mansilla took the hammer with a championship record of 75.83m, ahead of compatriot Gabriel Kehr, the defending champion and the 2019 Pan-American Games winner. Just a week prior, the 25-year-old Mansilla had set a national record of 77.70m in his hometown of Temuco. 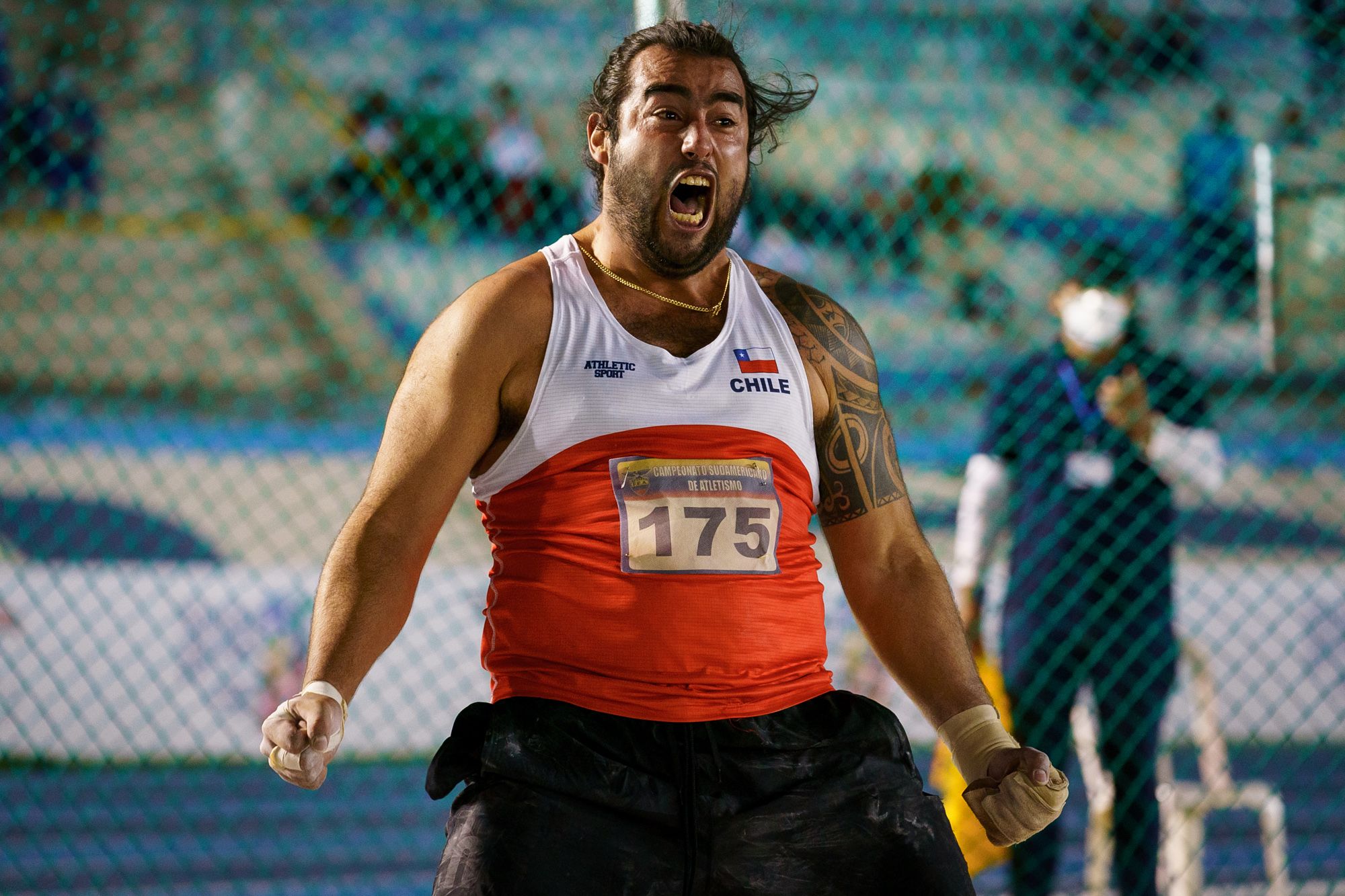 One of the most remarkable victories by the hosts came in the decathlon, with Andy Preciado delivering the first gold at this event for Ecuador – and only the nation’s fourth-ever decathlon medal in the history of the 102-year-old championships.

Aguilar’s compatriot Melissa González also delivered a fine performance by winning the 400m hurdles in a national and championship record of 55.68. The 26-year-old, born in Texas, retained her 2019 title thanks to a strong finish and after Brazil’s early leader Bianca Amaro dos Santos fell with 100 metres to go. Another Colombian, Valeria Cabezas (57.56), pipped Brazil’s Chayenne da Silva (57.78) in the closing stages. 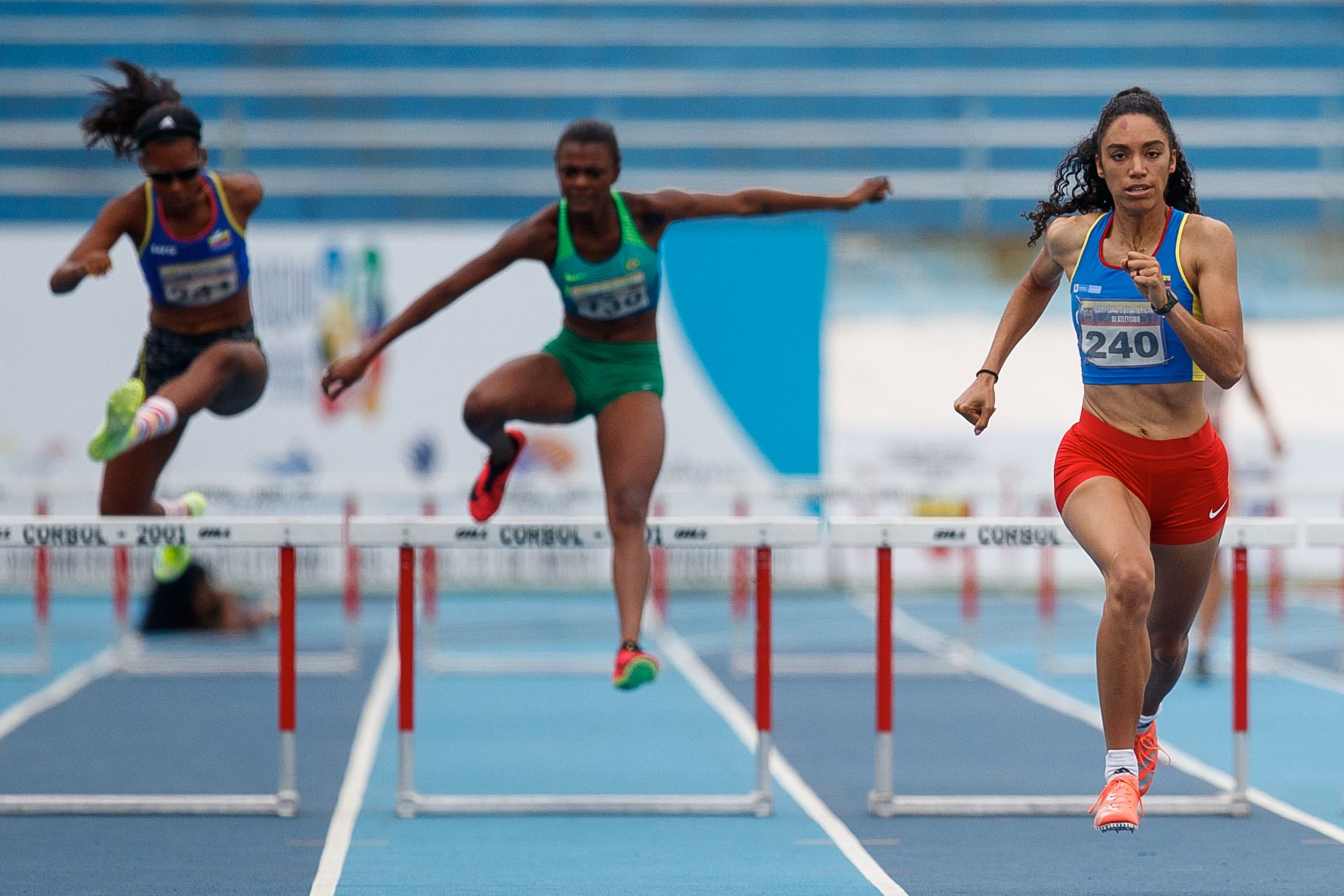 Brazil’s Tatiane de Silva retained her 3000m steeplechase title, improving her own championship record and PB with 9:38.71. The 30-year-old wound up the pace with each kilometre and just missed the national record by 0.08. Teammate Simone Ferraz was second with a big PB of 9:45.15 while Argentina’s Belén Casetta, the South American record-holder, was third with a season’s best of 9:45.79.

The most impressive results in jumping events came from Brazilian athletes. Fernando Ferreira won the men’s high jump with 2.29m (his second title) and 23-year-old Letícia Melo took the women’s long jump for her first time with 6.63m (1.2m/s).

Argentina’s Germán Chiaraviglio won the men’s pole vault with 5.55m, obtaining his fourth gold and ninth medal at these championships (three silver and two bronze). He has now equalled Argentina’s Oscar Veit and Brazil’s Fábio Gomes da Silva as the athletes with more titles in the history of this event. 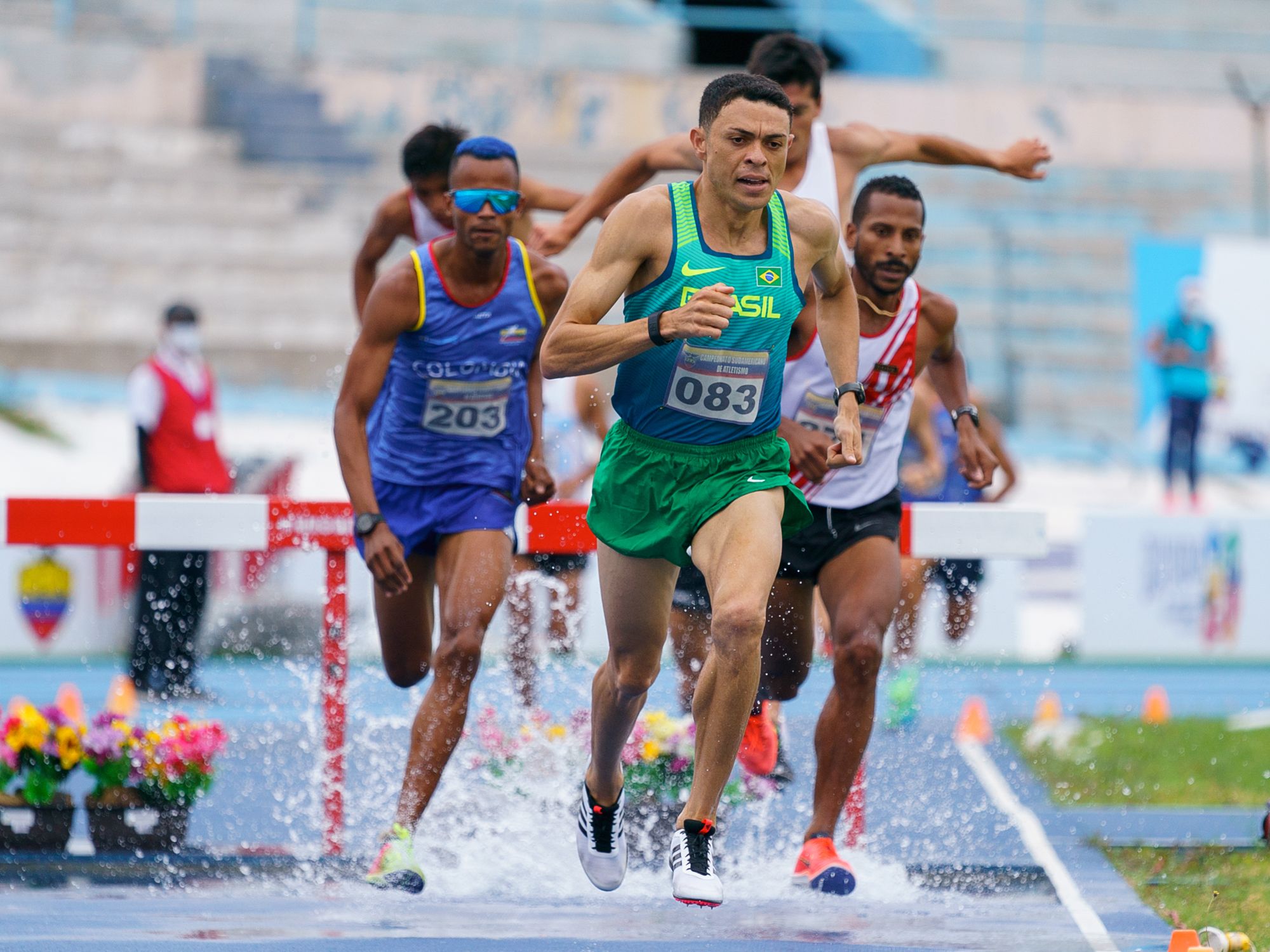 Brazil topped the points table with 470, ahead of Colombia (275) and Ecuador (161.5). Brazil also led the medals table with 49 medals, 26 of them gold. Colombia was second, Venezuela third and hosts Ecuador fourth.

World leads for Gong in Shaoxing and Dustin in Nice