Chol and Gyong take the honours in Pyongyang

Chol took more than a minute off his previous best of 2:13:49 set when finishing fifth in the same race in 2013.

He was part of a three-man leading group, which also included Rwanda’s Jean Pierre Mvuyekure and DPR Korea’s Ri Yong Ho, who went through 30km in 1:34:09.

At this stage the trio were running 30 metres in front of another three man group consisting of Ukraine’s 2010 winner Ivan Babryka, Zimbabwe’s Cephas Pasipamire and local hero Pak Song-Chol, the race winner in 2007 and 2008.

Ho soon started to drift backwards, eventually finishing fourth, but Chol and Mvuyekure continued to run together, passing 35km in 1:49:42.

Both men visibly started to struggle in the next five kilometres but Chol gritted his teeth and built up a 31-second advantage by 40km and almost doubled the gap in the final two kilometres.

Mvuyekure, third in Pyongyang 12 months ago, hung on to finish second in 2:13:20, a frustrating one second outside his best, while Babryka came through to take third place in 2:14:24.

Kim Hye Gyong, eighth at the 2013 IAAF World Championships and second in this race for the past two years, was out on her own in the women’s race from just after 10km and sliced over a minute off her previous best of 2:28:32, set in the same race 12 months ago,.

The 21-year-old runner won by 53 seconds from her twin sister, Kim Hye Song, who was second in 2:27:58, a personal best by over six minutes.

Gyong passed 30km in 1:43:34 and had a lead of 1:25 over her sibling but Song managed to close the gap slightly over the final 10 kilometres.

Defending champion Kim Mi Gyong failed in her bid to become the first runner, man or woman, to win the race in three consecutive years and had to settle for third in 2:29:51.

Race organisers said runners from 27 countries took part in this year’s race, which was over four laps of the centre of the city, starting at Kim Il Sung Stadium and going past the Pyongyang landmarks of the Arch of Triumph, the Friendship Tower and the Kim Il Sung University area.

Runners then crossed a bridge to the east side of the city and wound their way along the river bank to the stadium. A capacity crowd of 42,000 spectators in the stadium were treated to soccer games and martial arts exhibitions while they waited for the runners to return. 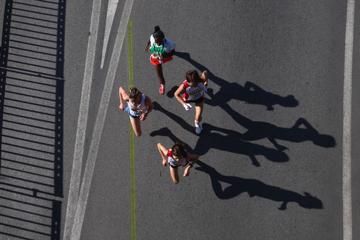 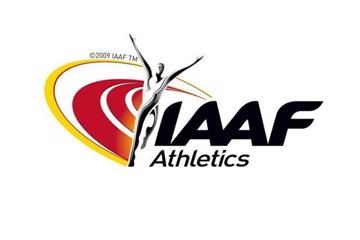 Marusin and Ro take the wins in Pyongyang... 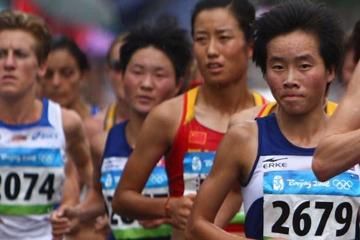 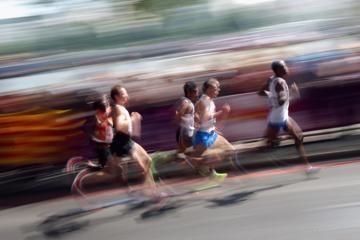