Abraraw Misganaw of Ethiopia and Racheal Mutgaa of Kenya were the winners of the DOZ Lodz Marathon, an IAAF Silver Label Road Race, on Sunday (17).

In a race affected by the high humidity that hit this central Polish city, Misganaw reached the finish in the Atlas Arena indoor stadium in 2:13:24. Unheralded Kenyan Rogers Kipchirchir Melly was second in 2:13:45 to improve his personal best by nearly five minutes and beat his better known compatriot Mutai Kipkemei into third place.

Another Kenyan, the defending champion and pre-race favourite Albert Matebor, was a distant fifth, more than two minutes behind the winner.

The women’s race also ended with an African win as Mutgaa broke the tape in 2:31:41. But with the favoured Ethiopians disappointing, European runners mounted a strong challenge. After a close battle with the Kenyan, Poland’s Agnieszka Mierzejewska finished second in 2:32:04 to win the national title. Further back, Nastassia Ivanova of Belarus was third in 2:34:47.

With European silver medallist Yared Shegumo withdrawing two days before the race, no Polish runners were likely to be in contention on the men’s side. This, however, did not detract from the excitement, as the race proved highly competitive.

A group of seven, led by a pacemaker, formed at the front early on. That pack included the favoured Africans, among them Matebor, Kipkemei and Misganaw, as well as Norway’s Urige Buta. The pace in the first half was brisk and steady, with 10km reached in 30:57 and the half way point in 1:05:15.

Kipkemei tried to take control with a pair of breaks, first at 27km and again at 35km, with only Misganaw and Melly ultimately sticking with him after the second. As the humidity rose, Kipkemei paid for his moves and dropped behind the other two about 37km into the race.

At that point it was Melly’s turn to make a break, but Misganaw closed the gap and took the lead for good after 40km.

The women’s contest, meanwhile, was reduced to three contenders just a few kilometres into the race: Mierzejewska and Izabela Trzaskalska, the two women gunning for the national title, and Mutgaa, the sole foreign rival.

By the time they reached the 10km marker in 35:01, they were already nearly 40 seconds clear of the nearest challenger.

Around the 16km mark, Mutgaa attempted to make a break, quickly building a 20-metre gap. But Mierzejewska caught the Kenyan within the next kilometre, leaving Trzaskalska an isolated third.

The leaders reached the midway point side-by-side in 1:13:43 and continued running together for the next 20 minutes until Mutgaa made the decisive break to win by some 100 metres over the Pole who struggled visibly with a stitch over a portion of the waning kilometres. 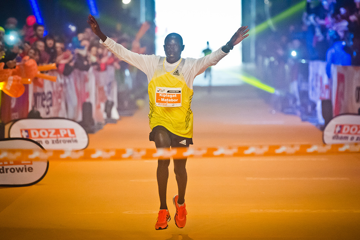 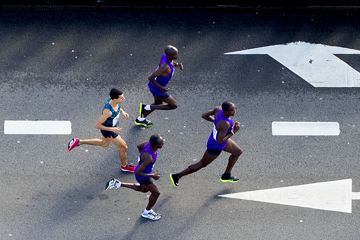 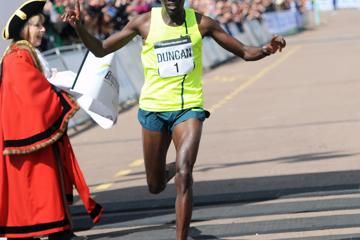 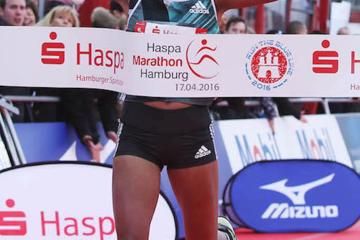 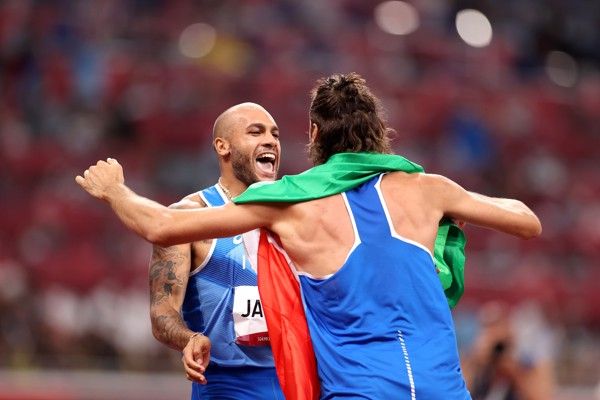 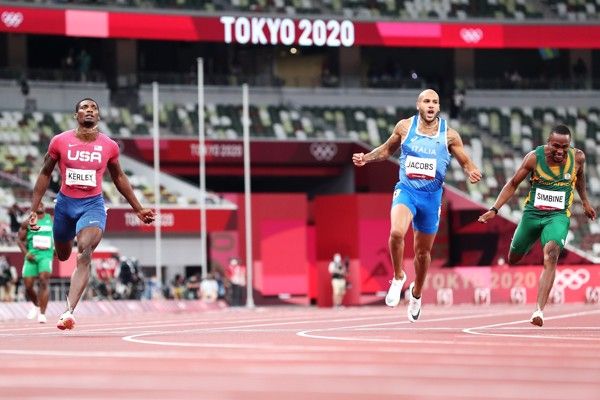 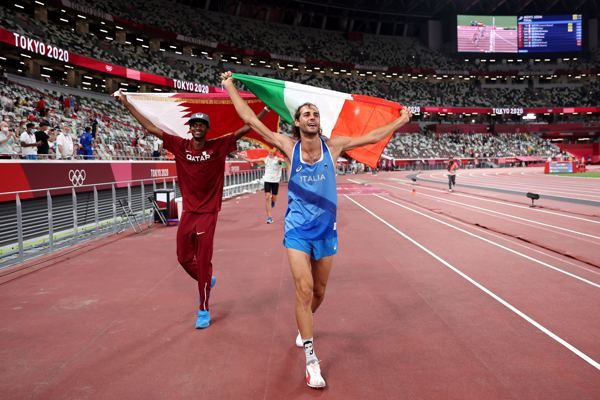