Bahamas’ Shaunae Miller gave the home crowd plenty to cheer as she produced the pick of the six records set at the 42nd Carifta Games, which ended at the Thomas A Robinson Stadium in the Bahamas capital Nassau on Monday night (1).

The stadium will be the venue for the first two editions of the IAAF World Relays, a new event which was approved by IAAF Council during their meeting at the London Olympics. The inaugural competition will take place on 24 and 25 May 2014.

Miller, who has already won World youth and junior gold medals, completed the 200m and 400m double and took the shorter event in a record 22.77 to erase her former Bahamas junior teammate Anthonique Strachan’s 2012 mark of 22.85secs.

For her efforts, Miller earned the Austin Sealy award, which is given to the top athlete of the Games. As she turns 19 in two week’s time, Miller was competing in her last Carifta Games and so it was an appropriate way for her to say goodbye to the event.

Miller got the only record on the track but there were four new standards in the field events went to a number of athletes who are likely to make the trip to the World Youth Championships in Donestsk, Ukraine, this summer.

Trinidad & Tobago’s Chelsea James won the girls’ under 17 Shot Put with 14.80m, Dominica’s Shanee Angol took the girls’ under 17 Javelin with 43.89m; Grenada’s Anderson Peters confirmed the impression that javelin throwing is gaining popularity in the Caribbean after Keshorn Walcott’s Olympic gold medal with a toss of 64.01m to win the boys’ under 17 Javelin, while Surinam’s Miguel Van Assen reached 15.19m in the under 17 boys’ Triple Jump.

Into the bargain, St Lucia high jumper Jeanelle Scheper cleared 1.87m to set a women’s under 20 record in her first outdoor competition of the year after a superb winter which culminated in her finishing second in the NCAA Indoor Championships.

Jamaica, apart from Natalliah Whyte and Martin Manley, who will be seeking IAAF World Youth Championships medals later this year, were surprisingly not able to dominate the sprint events.

Anguilla’s Zharnel Hughes, who is based at the IAAF High Performance Centre in Kingston, Jamaica, shocked many when he won the men’s under 20 100m in 10.44. Jamaica’s Jazeel Murphy was second in 10.48.

More victories went to the host nation when Teray Smith took the mens’ under 20 200m title in winner in 20.58.

In the 400m finals, Jamaica’s Tiffany James of Jamaica took the girls’ under 17 gold medal in 55.13 while Trinidad & Tobago’s hugely talented Machel Cedenio, who was fifth at last year’s World Junior Championships and at 17 will still be young enough to contest next year’s edition in the United States, won the men’s under 20 event in personal best of 45.93.

Trinidad & Tobago’s Andwuelle Wright won the boys’ under 17 Long Jump with a leap of 7.29m, while his teammate Hezekiel Romeo topped the men’s under 20 Shot Put field with an effort of 18.66m.

Several changes have been made ahead of next year’s Carifta Games, scheduled to be held in Martinique.

The number of athletes per country has been increased from 70 to 80, while the age limit of participants has been raised from under 17 to under 18 in the year of competition, in keeping with IAAF standards.

The 300m hurdles for under 17 girls have been changed to 400m hurdles, the girls' pentathlon changed to heptathlon, while the boys' heptathlon has been altered to an octathlon.

The weights of throwing implements and hurdle heights will also come into line with IAAF standards. 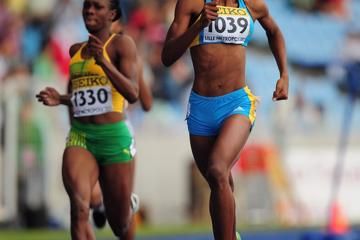 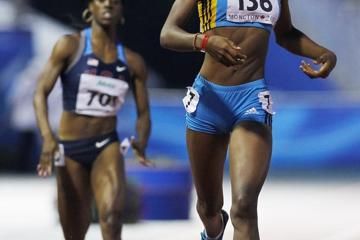 Kerley cruises to speedy 100m triumph at US Championships