Charles Ndirangu and Rosemary Wanjiru, who are both Kenyan runners based in Japan, took the honours at the 48th Chiba International Cross Country Meeting, an IAAF Cross Country Permit Meeting, on Sunday (10).

Ndirangu, now 20 but who recorded 13:15.44 for 5000m two years ago as an 18-year-old, and Australia’s Collis Birmingham, who won the Marugame Half Marathon a week ago, shared the lead in the very early stages the race in Showa Woods.

However, after little more than a kilometre, Ndirangu broke away and was on his own at the front for the rest of the race, eventually crossing the line in the 12km race in 35:01.

Ethiopia’s Miliyon Zewdie, who is also based in Japan, was three seconds back at the end of the first lap of 1.5km and had an equally solitary run for the rest of the race, finishing 25 seconds behind his Kenyan rival.

Another Ethiopian Agato Yashin Hasen had a battle over the closing stages of the race with the top Japanese runner Keigo Yano for third place. On the final straight to the finish, Hasen held off Yano to finish in 35:38, while Yano was given fourth in the same time.

Birmingham struggled in the second half of the race, perhaps feeling the after-effects of his efforts on the roads a week before, and slipped back to seventh in 36:07.

In the women’s 8km race, Wanjiru dueled with her compatriot Susan Wairimu over the early stages of the race until easing away from 2km but by the halfway point in the race the 19-year-old, who was last year’s Japanese High School Championships 3000m winner, had an insurmountable lead.

Wanjiru crossed the line in 26:08 with Wairimu, the 2012 Chiba cross country champion, coming home as the runner up on this occasion a distant 42 seconds in arrears.

Like with the men's race, most of the excitement was happening behind the leading pair.

Hanae Tanaka, Japan’s 2011 World University Games 10000m silver medalist, was sixth at the halfway point but came through strongly over the final 1.5km and moved up from fifth to third one the lap of four main laps to finish in 26:53 and take the plaudits as the first local runner across the line.

Miyuki Uehara, eighth in the 2012 World Junior Championships 3000m, pushed the pace from the start in the junior women’s 5km race and by 2km was out on her own before winning in 16:24.

BACK
Pages related to this articleAthletes
Charles Ndirangu 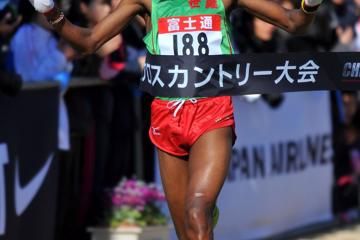 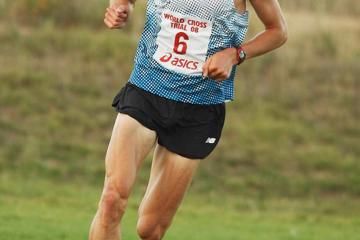