At the IAAF Council Meeting in Monaco last month, the IAAF announced that as of 1 January 2017 any performances equal to or faster than 4:30:00 would be accepted as having fulfilled the conditions for a world record. Prior to today, the fastest 50km time by a woman was Monica Svensson’s 4:10:59 set in 2007.

Henriques, who finished 12th in the 20km at the Rio 2016 Olympic Games, was on world record pace for most of the way and at one point looked set to finish within 4:06. But her quick early pace and lack of experience at the distance meant that it took her more than 30 minutes to cover the final 5km section. Nevertheless, she still finished more than two minutes inside the previous fastest time on record.

“We achieved the goals we were looking for, which were to be the first Portuguese woman to race the distance and to set a world record,” said Jorge Miguel, Henriques’ coach and the race director of the IAAF Race Walking Challenge meeting in Rio Maior. 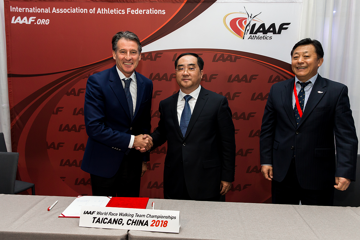 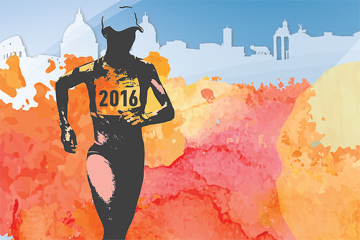 Women to participate in 50km race walk in Rom...