In just her second competition of the year, world champion DeAnna Price of the USA added 36 centimetres to her own North American hammer record on Friday (9) at the Tom Botts Invitational in Columbia, Missouri, winning with 78.60m.

Her mark moves her up one place to third on the world all-time list behind world record-holder Anita Wlodarczyk and Germany’s Betty Heidler. It's also the best throw in the world since August 2018, and the best throw ever recorded within the first four months of the year.

Less than 24 hours later, Brooke Andersen became the second US woman in history to throw beyond 78 metres.

Competing at the Wichita State Open in Kansas, the Pan-American silver medallist sent her hammer out to 78.18m to win the competition by almost 17 metres. The 25-year-old had a previous best of 76.75m.

Estonia's Karel Tilga produced a nine-second PB in the final discipline to win the decathlon at the Spec Towns Invitational in Athens, Georgia, on Saturday (10).

Garrett Scantling, the 2020 US indoor heptathlon champion, made a promising start in what is his first decathlon in almost five years.

The 27-year-old, who missed out on making the US Olympic team by just one place in 2016 and then moved to the NFL, kicked off his competition with a 10.83 clocking in the 100m before leaping a lifetime best of 7.56m in the long jump, following it with an outdoor shot put PB of 16.20m.

Scantling maintained his lead for most of day two, posting the top marks of the field in the 110m hurdles (14.13) and pole vault (5.22m), the latter being held indoors due to torrential rain. Tilga continued to apply the pressure, though, with strong performances of 47.13m in the discus and 66.55m in the javelin.

USA’s Kendell Williams produced the highlight of the first day of the meeting, but it wasn’t in the heptathlon, her specialist event.

Nineteen-year-old Jasmine Moore, a triple jump specialist, was second with 6.83m while Chanice Porter was third with 6.77m.

Namibia's Christine Mboma clocked 49.24 to break the world under-20 400m record* at the Zambia Athletics All Comers Meet in Lusaka on Sunday (11).

Racing at the Heroes National Stadium which is at an altitude of 1279m, the 17-year-old finished just ahead of her fellow teenager and compatriot Beatrice Masilingi, who clocked 49.53.

Mboma’s time, which is a world lead, improves on the long-standing record of 49.42 set by Grit Breuer when claiming silver at the World Championships in Tokyo in 1991.

BACK
Pages related to this articleAthletes
Kendell WILLIAMS 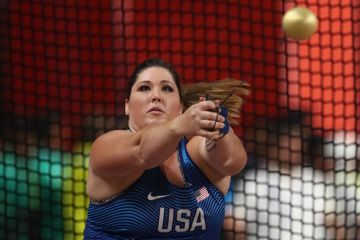 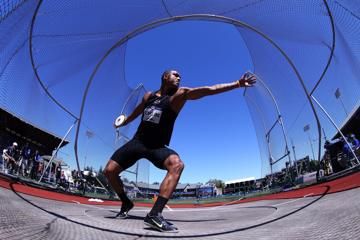