Michael Bentley is not regarded as one of Jamaica’s most promising young sprinters for nothing. On Friday night (22), the second day of the Jamaican National Junior Championships, he sent shockwaves defeating a quality field to win the U20 100m title.

Bentley, who signalled his intentions from the preliminaries after cruising to a lifetime best 10.34 (0.2 m/s), was expected to face a stern test from his more illustrious rivals in Michael Stephens, Jevaughn Matherson, world youth bronze medallist Tyreke Wilson and Romell Glave.

The tall University of Technology sprinter drawn in lane four got the perfect start which surprised Matherson and Stephens forcing them to react more quickly than they expected. Despite their top-end speed they were unable to peg back Bentley who sped to another lifetime best of 10.30 (1.5 m/s). Stephens came through in the nick of time to edge Matherson 10.35 to 10.37.

“It was a pretty good race, I was very focused and confident coming into the final. I just relaxed and executed properly and it paid off,” said an elated Bentley.

Several juniors capitalised on the merged championships and the women’s U20 100m equivalent became a wide open affair after overwhelming favourite Briana Williams opted to race against the seniors where she placed fifth in 11.21 (0.4 m/s). In her absence Okera Myrie ran unchallenged winning in 11.53 (0.8 m/s).

It was evident during the men’s U20 discus competition that Roje Stona, fifth on the world lis, was not himself after registering no fewer than four fouls. The better of his two legal throws landed 55.35m from the ring which was good enough for third.

Kai Chang, who like Stona has thrown beyond 60 metres this season, won the contest with a best throw of 59.35m almost two metres ahead of Phillipe Barnett with 57.50m. Shamella Donaldson won the women’s U20 title after hurling the disc out to 47.35m.

Three of the world’s top U20 quarter-milers in Dashorn Morris, Anthony Carpenter and Chantz Sawyers all advanced to the 400m final.

BACK
Pages related to this articleAthletes
Michael Bentley 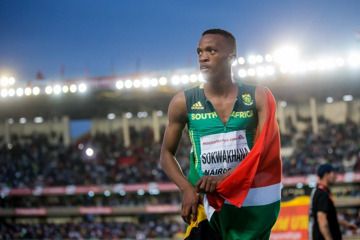 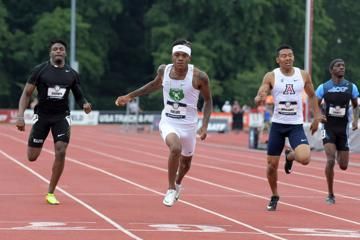 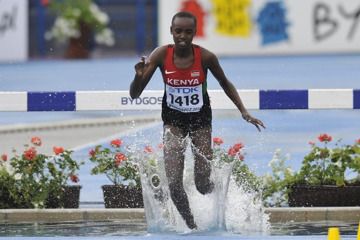 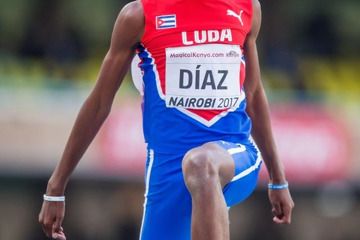