Baji, who took surprise bronze at the World Championships, dominated the 110m hurdles on Sunday (27), winning by 0.20 in 13.35 over Kuei-Ru Chen of Chinese Taipei. The 28-year-old, who took European indoor silver over the 60m hurdles, lowered his own national record to 13.15 earlier this summer.

In the long jump, Juska followed up his 8.31m national record leap in qualifying on Sunday with a narrow victory in the final. The 24-year-old, a finalist at the last two World Championships, reached 8.02m in the third round to beat Yasser Mohammed Triki of Algeria, who reached 7.96m. Raihau Maiau of France was third with 7.91m.

Propelled by personal bests in the high jump and 800m, Austria's Verena Preiner won the heptathlon on Sunday with 6224 points, just eight shy of the national U23 record she set at the European U23 Championships in Bydgoszcz six weeks ago.

Meanwhile, Oksana Okuneva of Ukraine dominated Monday's high jump competition with a 1.97m clearance, equalling the second highest leap of her career to beat back teammate Iryna Gerashchenko and European indoor champion Airine Palsyte who both topped out at 1.91m. The former got the nod for second on countback.

Oksana Okuneva at the World University Games in Taipei City

BACK
Pages related to this articleAthletes
Balázs BAJI 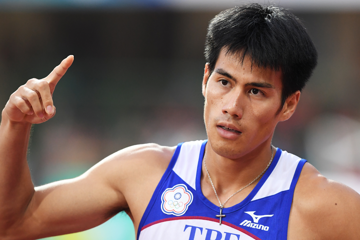 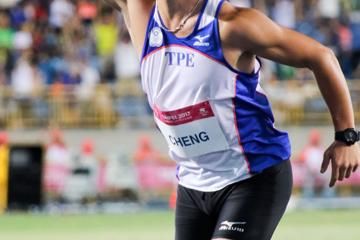