Lashmanova, who also set a World record of 1:25:02 for the distance in London, got her 2013 campaign underway with a flying result of 1:25:49 when winning at the Russian winter championships in February and, with sunny weather and only light breezes expected, she could attack the course record of 1:27:19 set by Belarus’s Rita Turava in 2005.

The main opposition to the Russian, who turns just 21 next Tuesday, should come from Iberian walkers from both sides of the border.

Spain’s Beatriz Pascual won in Rio Maior 12 months ago and was eighth in London while there is a strong Portuguese trio lead by Ines Henriques, who hails from Rio Maior itself.

Henriques was a winner at the opening leg of this year’s IAAF Race Walking Challenge in Chihuahua, Mexico, and want to beat her personal best of 1:29:36, set in 2010, on Saturday.

Ana Cabecinha, the Portuguese record holder at 1:27:46, was second behind Henriques in Chihuahua in February while another Rio Maior native, Vera Santos, makes up the top three local contenders.

Also not to be discounted is Lithuania’s Kristina Saltanovic, who finished eighth at the last two IAAF World Championships, and Guatemala’s Mirna Ortiz, who holds her area record with a best of 1:28:54 and who was second at the famous Memorial Mario Albisetti Trophy in the Swiss city of Lugano last month.

Her compatriot Jamy Franco, the 2011 Pan American champion, and Mexico’s Monica Eqihua, who was third in Chihuahua after the two Portuguese women, could also be a factor.

Barrondo, who got his country’s first ever Olympic medal in any sport in London when he finished second in the shorter of the two championship Race Walk distances, has continued his good form into 2013 with an area record over 50km of 3.41.09 when winning in the Slovak spa town of Dudince recently.

Seeking to upset the odds will be Portugal’s 20km and 50km Race Walk record holder João Vieira, the two-time European Athletics Championships medallist has a best of  1:20:09 over the shorter distance; Ecuador’s 2011 South American champion Andrés Chocho and the Guatemalan pair of Aníbal Paau and Jaime Quiyuch should also be in contention for a place on the podium. 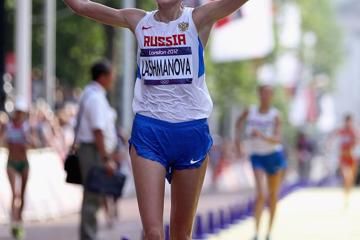 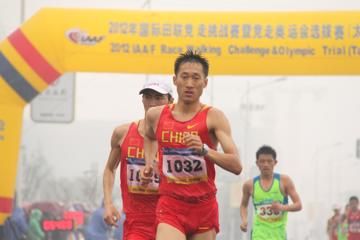