Internationals will provide ideal competition for youth meeting in Sydney

The athletics competition at the sixth Australian Youth Olympic Festival, which commences next week in Sydney, will have a strong contingent of international athletes competing against the two Australian teams. A regular entrant, China, has again sent a very strong team, along with Brazil and New Zealand.

The five-day multi-sport festival for under-18s – first held in 2001 as a Sydney Olympic Games legacy event – includes 1700 athletes from 30 nations in 17 sports. It was one of the forerunners to the IOC Youth Olympics Games which were inaugurated in 2010.

The Chinese team will be very competitive across the 40 events on the athletics programme, but one athlete stands out – Wang Jianan, from the western Chinese province of Jiangsu. Last September, Wang won his national senior long jump title at just 16 years old with a stunning leap of 8.04m. His jump was the longest in the world for a youth athlete in 2012.

The AYOF Long Jump field will boast another quality Chinese athlete in Fang Yaoqing, a 7.68m athlete. The entry of Wang and Fang in the men’s Long Jump is tremendous news for the in-form Australian Henry Smith, the current national schools champion.

“My preparation for the AYOF has been solid, especially for the Long Jump as recently I was able to jump 7.64m in windy conditions,” said Smith. “My hopes for the competition would be of course to get a medal! But even just competing at the AYOF is an honour.”

The Melbourne athlete, who is coached by Vic McFarlane and Cathy Woodruff, is excited about his international debut.

“I feel blessed to be able to represent Australia in my first international competition, and against such strong Chinese competitors. I've been hearing about them for a while! However I'll also make sure to give these two Chinese athletes a strong competition,” said the talented all-round jumper, who will also compete in the High Jump, where he boosts a personal best of 2.10m.

The women’s 100m Hurdles looks a great battle between three of the world’s top 10 16-year-old athletes. On paper Australia’s Aliyah Johnson – who trains alongside Olympic medallist Mitchell Watt – is the fastest with her 13.88 time recorded in March, which ranked her sixth in the world last year. Just one hundredth behind is fellow Australian Katrina Hunt with 13.89. China’s Zheng Yun will be in the mix in a very close race, with her best time of 13.92, recorded when she won her national age-group championships last July. Brazil’s Lais Rodrigues, the national youth champion with a PB of 14.09, could also be in the medal hunt.

“It'll be awesome competing against such talent. I've been jumping and hurdling well in training, so hopefully that pays off in the competition,” said Johnson, a talented all-rounder who will also compete in the Long Jump and relays. “I’d love to come home with some medals and hopefully my World Youth qualifiers.”

“It will be my first international competition. Hopefully it will give me experience on what it is like to be on the big stage and help me to learn about myself and how I compete at such a level. It will be great preparation if I’m successful in making the World Youth team.”

There will be another tremendous clash in the men’s Hammer between two of the world’s best junior throwers. Australia’s Matty Denny, the second-best 16-year-old last year, takes on New Zealand’s Matthew Bloxham.

“There would be not even one slight bit of rivalry between him and me,” said Denny. “We have competed against each other twice and also trained together. He’s a top bloke and has worked incredibly hard to get to where he is. I am excited for this competition together, hoping to be a good one and also a good catch up. I wish him the best of luck.”

Denny knows his superior personal best won’t ensure victory. “Anything can happen and you never know what is going to happen in the competition on the day, but my hopes are to do my best. My preparation has been great and I am very pleased with it going into the AYOF. I’m quite confident. I have put a huge amount of effort into my athletics and I hope it will pay off this year.”

The athletics competition at the AYOF will run from January 18-19, held at the Sydney Olympic Park Athletics Centre at Homebush.

David Tarbotton for the IAAF

NOTE: The hottest Sydney day on record forced the cancellation of the first day of the athletics on Friday (18).

The temperature in Sydney’s Central Business District peaked at 45.8C at 2:55pm, 0.5C hotter than the previous hottest day,  which was recorded 74 years ago in January, 1939.

Much more moderate conditions are forecast for Saturday.  The predicted maximum temperature is expected to be 25C.

BACK
Pages related to this articleAthletes
Aliyah Johnson 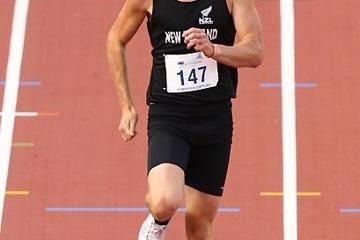