Hernando and Debats back to defend world trail running titles

Spain’s Luis-Alberto Hernando is seeking a fourth consecutive win, while Netherlands’ Ragna Debats will defend her title at the IAU Trail World Championships in Miranda do Corvo, Portugal, on Saturday (8).

However, a surprise or two could be in store with the 44km distance (2200 metres of elevation) being the shortest for several years in these championships.

Hernando returns to the country of his first global win, this time covering only just over half the distance, although his win in Italy two years ago was at 50km, showing his class at the shorter races too.

He will lead a Spanish team who are strong favourites to defend their team title. Teammate Cristofer Clemente, runner-up the last two years, is back, while they also call on Pablo Villalobos, who was fourth in last year’s UTMB OCC race.

France’s Ludovic Pommeret, the 2016 winner of the world’s most prestigious trail race, the UTMB, has been top-six each of the last four years so is a good bet to feature highly again. France’s team also includes Nicolas Martin, who was runner-up two years ago, plus Romain Maillard, who was seventh last year, and Julien Rancon.

Czech Republic’s Jiri Cipa looks to finish top-10 for the third straight year, while Romania’s Robert Hajnal, second in last year’s UTMB, will be aiming to show he can also compete with the best over shorter distances. Italy will be strong through Marco de Gasperi and Francesco Puppi.

On the women’s side, last year’s winner Debats arrives after recent wins in the Marathon des Sables and Transvulcania Marathon. The Spanish-based Dutchwoman is chasing her third straight top-four finish.

New Zealand’s Ruth Croft will be difficult to beat, mixing the speed to set a 2:34 road marathon PB this spring with the ability to win over technical sky runs.

As on the men’s side, Spain will start favourite to defend their team title. Laia Canes and Gemma Arenas, who were second and fourth respectively last year, will have an eye on individual glory too. They will be boosted by the likes of sky running specialist Sheila Aviles and 2016 runner-up Azara Garcia.

France’s Adeline Roche, the 2017 winner, was just seventh last year but may be more comfortable over the shorter distance in Portugal. Her country have won the team title three times in the past four years and will be supported by Blandine L'Hirondel, who was just a minute behind Roche at the national selection trial, and Sarah Vieuille, who was 25th last year.

Silva Rampazzo, who was third two years ago, is joined by Gloria Giudici in a strong Italian team.

The championships are held in conjunction with the ITRA and the annual Trilhos dos Abutres races.

The race will start and finish in the town of Miranda do Corvo and take in the Louzan mountain range. More than 400 athletes from 51 countries have registered to take part.

Paul Halford for the IAAF

BACK
Pages related to this articleDisciplines
Trail Running 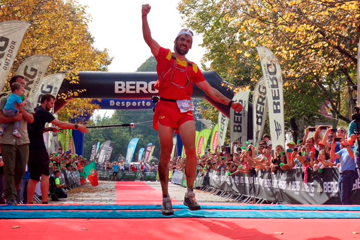 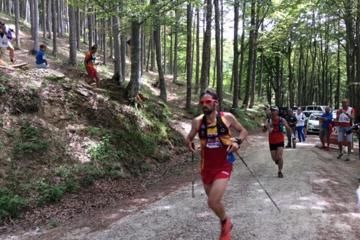 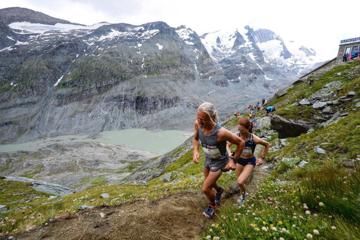