Thiam and Warner look to make more history in Götzis

Damian Warner at the 2016 Hypo Meeting in Gotzis (© Getty Images)

World and Olympic champion Nafissatou Thiam and three-time Hypo-Meeting winner Damian Warner will defend their titles at the IAAF Combined Events Challenge meeting in Götzis on 26-27 May.

The heptathlon will reunite all three World Championships medallists as Thiam will be joined by Carolin Schäfer from Germany and Anouk Vetter from the Netherlands, the world silver and bronze medallists.

Thiam started her impressive 2017 season in Götzis with a sensational world-leading mark and meeting record of 7013, becoming just the fourth heptathlete in history to surpass 7000 points. En route to that score, the Belgian equalled her own world heptathlon high jump best of 1.98m and set a Belgian javelin record of 59.32m.

She went on to win in London with 6784, adding the world title to the Olympic gold she won one year earlier in Rio, and capped her year by being named the IAAF World Athlete of the Year.

Schäfer finished runner-up to Thiam in Gotzis last year with a lifetime best of 6836 in one of the highest-quality heptathlons of all time. The German went on to win in Ratingen with 6667 before taking the silver medal in London with 6696, eventually winning the 2017 IAAF Combined Events Challenge.

European champion Vetter, who finished seventh in Götzis last year, scored a PB of 6636 in London and ended her season with victory in Talence. The Hypo-Meeting will be her first competition of any kind this year.

World indoor bronze medallist Yorgelis Rodriguez will be making her fifth appearance in Götzis. The 2012 world U20 champion finished eighth last year with 6446, then went on to finish fourth in London with a PB of 6594.

USA’s Erica Bougard will be contesting her second heptathlon within the past month, having won at the IAAF Combined Events Challenge meeting in Florence with 6327. Bougard, who won the US indoor title earlier this year with a world-leading 4760, will be joined in Götzis by compatriots Alexandria Gochenour and Annie Kunz.

Rising stars Alina Shukh of Ukraine and Geraldine Ruckstuhl of Switzerland will also be in Götzis. Shukh won the European under-20 title last year with a PB of 6381 while Ruckstuhl took silver with a Swiss record of 6357.

The Czech contingent includes national record-holder Eliska Klucinova and Katerina Cachova, while Burkina Faso’s Marthe Koala, who last year improved her own national record to 6230, is also in the field.

Austrian hopes will be carried by world U20 champion Sarah Lagger and European under-23 silver medallist Verena Preiner.

The Canadian, who holds the meeting records for 100m (10.15) and 110m hurdles (13.54), started 2018 by taking world indoor heptathlon silver with a national record of 6343. But he will be looking to bounce back from his disappointment at the recent Commonwealth Games where he had a big lead after seven events but then failed to clear his opening height in the pole vault.

Fellow Canadian Pierce Lepage, who took Commonwealth silver with a PB of 8171, is also in the field.

World silver and bronze medallists Rico Freimuth and Kai Kazmirek from Germany will return to Götzis. After finishing third in Götzis last year, Freimuth went on to win in Ratingen with a PB of 8663 and ended the season at the top of the IAAF Combined Events Challenge standings.

Kazmirek, the 2015 Hypo-Meeting winner, finished just outside the medals at this year’s World Indoor Championships. Freimuth and Kazmirek warmed up for Götzis by contesting a handful of disciplines at a recent combined events competition in Halle.

German’s 2016 world indoor bronze medallist Mathias Brugger and world U20 champion Niklaus Kaul will also be in Götzis. Kaul won the European under-20 title last year with a world U20 record of 8435, but in a decathlon using U20 implements. This weekend’s contest will be his first decathlon with the senior implements.

Estonia’s Maicel Uibo, the husband of Olympic 400m champion Shaunae Miller-Uibo, earned world indoor bronze in March and will start in Götzis as the world leader after scoring 8407 last month.

Belgium’s European champion Thomas Van der Plaetsen will be looking to improve on the PB of 8332 he set at the 2016 Olympics, while USA’s Zach Ziemek will be aiming to recapture the form that carried him to a PB of 8413 in 2016.

Dutchman Pieter Braun will return to the scene of his 8334 PB from last year. Norway’s Martin Roe, meanwhile, will contest his second decathlon within the space of a month after winning in Florence with a national record of 8228. 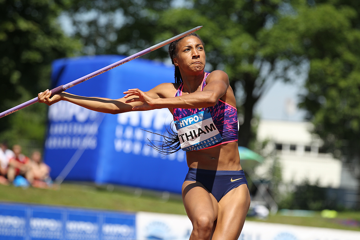 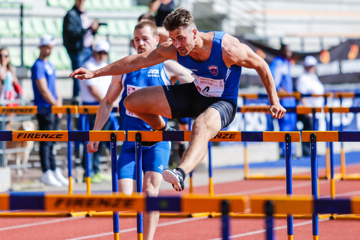