Zaripova injured and out of the 2013 IAAF World Championships

Russia’s Yuliya Zaripova, the London 2012 Olympic Games and reigning World champion in the women's 3000m Steeplechase, has sadly had to withdraw from the 2013 IAAF World Championships through injury.

"She has seriously hurt her knee and has torn the inguinal (groin) muscles. She will undergo detailed medical testing but it's already clear that the season for her is over.

"It's a big disappointment for Yulia and all of us as she had a reasonable chance of a very successful performance in Moscow."

Zaripova had shown the form that made her the favourite to add another gold medal to her collection by winning the World University Games 3000m Steeplechase title last month, and the Russian 1500m title in 4:02.56 two weeks ago.

Earlier this week, Russia’s Yury Borzakovsky, the 2004 Olympic 800m champion, also withdrew from the championships that start on Saturday and run until 18 August, due to illness having suffered a serious fever last week.

BACK
Pages related to this articleAthletes
Yuliya Zaripova 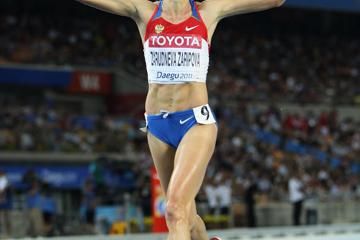 Switch to Steeplechase allowed Zaripova to be... 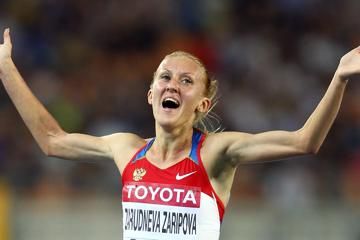