Sally Pearson on her way to victory in Monaco (© Philippe Fitte)

Tyson Gay, Sally Pearson and Brianna Rollins are just some of the many international stars added to the line-up for the Herculis IAAF Diamond League meeting on 19 July.

Gay, who recently won the US sprint double with world-leading times of 9.75 and 19.74, will once again compete in the Principality, having set a 200m meeting record of 19.72 in his last appearance in Monaco three years ago.

This time he will line up for what will be an explosive 100m as he faces his compatriot and London Olympic bronze medallist Justin Gatlin. A three-time World champion back in Osaka 2007, Gay is back to his best shape and it would come as no surprise should he break Asafa Powell’s meeting record of 9.82.

World and Olympic champion Sally Pearson is also returning to Monaco, and she will be facing the newly-crowned US champion and American record-holder Brianna Rollins in the 100m Hurdles. Monaco seems to be a lucky track for the Australian champion who set back-to-back Oceania records at the Louis II Stadium in 2008 and 2009.

Pearson then went on to become the fourth-fastest sprint hurdler of all time with her 12.28 winning performance in Daegu but has since been pushed down one position by none other than Rollins, who clocked 12.26 last weekend to win the US Trials and become the third fastest of all time.

UK record-holder and Olympic Heptathlon champion Jessica Ennis will also line up in the individual 100m Hurdles, an event in which Glorie Alozie’s meeting record of 12.44 from 1998 is well within reach.

The 2011 edition of the Herculis meeting marked the professional international debut for Olympic Triple Jump champion Christian Taylor. Move the clock forward by a couple of years and Taylor is now the biggest name in the event. The World and Olympic champion returns to Monaco with a personal best of 17.96m and the ambition to not only improve on the 17.42m meeting record but also consolidate his lead in the Diamond Race.

Fireworks are also expected in the men’s 400m Hurdles where two-time Olympic champion Felix Sanchez will make his sixth appearance in Monaco. He will be up against the silver and bronze medallists from the London 2012 Olympics, USA’s Michael Tinsley and Puerto Rico’s Javier Culson.

Another regular visitor to Monaco, Kenya’s Asbel Kiprop has set both his 800m and 1500m personal bests on the Stade Louis II track. The reigning World champion and current world leader scored a supreme win last year in 3:28.88, but he wants to improve on that time next month.

For US High Jump champion Brigetta Barrett, the 2011 Herculis meeting was her first ever time competing outside the US. Later that year she went on to win the World University Games title, and made the World Championships final in Daegu.

However, her biggest accomplishment to date remains her silver medal from the London Olympic Games last summer. Barrett will return to Monaco next July with a recently improved 2.04m personal best, just one centimetre shy of the American record.

BACK
Pages related to this articleAthletes
Felix Sanchez 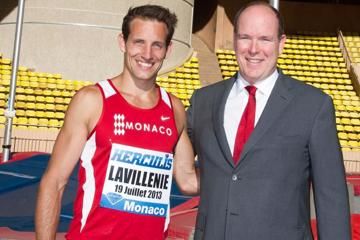 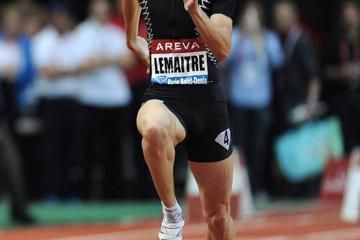 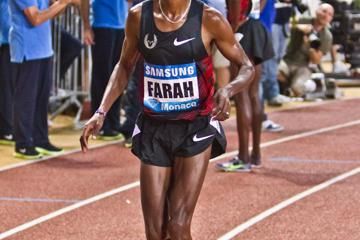