There are several reasons why 2017 is a big year for Finland – and for Paavo Nurmi in particular.

Not only does this year mark the centenary of Finland’s independence, but it also marks the 120th anniversary of the birth of Finland’s greatest runner. This year’s Paavo Nurmi Games – held on what would have been Nurmi’s birthday, 13 June – will also celebrate its 60th edition and for the first time will be an IAAF World Challenge meeting.

But the 2017 celebrations of Nurmi’s achievements will begin at next week’s Millrose Games in New York when the world’s longest-running indoor track and field competition stages the Paavo Nurmi two miles. On the eve of the competition, the New York Athletic Club will host the Night of the Champion where a delegation from the Paavo Nurmi Legacy group in Turku will be guests of honour.

Nurmi’s ties with New York date back to the winter of 1924-1925 when he embarked on a journey across the Atlantic for a US tour. “I trained every day on board,” Nurmi later recalled. “Or, actually, at night under poor electric lighting. At daytime I was too ashamed and in the morning hours I didn’t dare because the stewards were already up.”

After a two-and-a-half week spell of outdoor training under the guidance of Hugo Qvist, the chairman of the Finnish-American Athletic Club of New York, Nurmi spent his final week of training on indoor tracks to get used to the surface for his upcoming races.

Madison Square Garden was sold out on 6 January 1925 for Nurmi’s first race in New York. The 160-yard track was considered the fastest in the USA, as Nurmi would himself later concur. The air was thick with cigar smoke but Nurmi only found that invigorating.

After his brilliant opening night, invitations poured from every corner of the country. Nurmi went on to competed in 55 races during his US tour, travelling from coast to coast, from Boston to San Francisco, with a couple of trips to Canada in between. He won 51 of his 55 races – 45 indoors, 10 outdoors – abandoned one race and lost only three, two of which were handicap races. He set 12 world indoor bests at standard distances and many more in rarer events.

During his 1925 US tour, Nurmi twice broke the world indoor best for two miles, running 9:08.0 and 8:58.2 one week apart. Both performances were quicker than the long-standing outdoor world record at the time.

This year’s Millrose Games on 11 February will pay tribute to those feats by staging the Paavo Nurmi two miles. Olympic 1500m champion Matthew Centrowitz will take on world indoor 3000m silver medallist Ryan Hill in an attempt to break the US record of 8:07.41.

BACK
Pages related to this articleAthletes
Paavo Nurmi 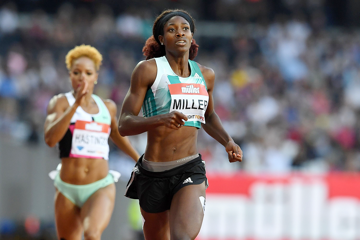 Miller and Muhammad set to compete at New Yor...