Fraser-Pryce: "I just came here and wasn’t prepared for the 60m"

When you can boast of the sort of sporting resume that Shelly-Ann Fraser-Pryce has, it is little wonder that the Jamaican sprint superstar found herself in strong contention for the 2014 IAAF World Indoor Championships 60m gold medal.

The 27-year-old 2008 and 2012 Olympic 100m champion, and 2013 World Athlete of the Year, utilised her major championship experience and lightning-fast speed as the pocket rocket scorched to a remarkable eighth global title on Sunday evening in Sopot.

Sprinting to a world-leading 6.98 victory, Fraser-Pryce in turn claimed the Caribbean island’s fourth 60m win in the 16-year history of the championships and shot right up to seventh on the world all-time list for the indoor event.

She was just 0.02 away from Merlene Ottey’s long-standing Jamaican record which dates from 1992 and 0.06 adrift of Irina Privalova’s world record, both marks having been set in the sprint-friendly 640m altitude of Madrid. By contrast, Sopot nestles by the Baltic Sea.

Not that impressive statistics means anything to the world 100m, 200m and 4x100m champion.

“I’ve said many times that I’m not one of those people who check statistics, follows history and says, ‘If I do this, what will happen’,” she said.

“I just line up and I compete. I think I get going because I try not to put added pressure on myself because a lot of times, you can be very good at what you do but when you get ready, you have to be prepared to get it going.”

Flying out of the blocks with a 0.159 reaction time, Fraser-Pryce enjoyed a slight advantage after just 10 metres before maintaining pole position all the way to the finish, shattering her former 7.04 lifetime best set when winning at the IAAF Indoor Permit meeting in Stockholm last winter.

Having begun her 2014 campaign with a 7.11 clocking in a special outdoor race in Kingston, her home country not having any indoor facility, her only loss of the season was having to settle for second place in Birmingham four weeks ago behind world 100m and 200m silver medallist Murielle Ahoure of the Ivory Coast – her fierce rival who claimed the silver medal in Sopot in 7.01.

“I was surprised, I knew I could do well here and I was more focused on getting that start so I just relied on past experience in the final and I think I got it right.

“I’m pleased I got the chance to compete at my first World Indoor Championships. I’m just humbled and thanking God at the same time for this opportunity. I’m so happy for everything that’s happened so far.”

Sprinting to a 7.12 first-round performance before progressing to 7.08 in the semi-finals, despite a mediocre start which she rectified when the medals were at stake, Fraser-Pryce’s sparkling 6.98 winning time was surprisingly achieved off no specific preparation.

“I’m still preparing for my outdoor season so nothing special for the 60m. I just came here and wasn’t prepared for the 60m,” she said.

“I knew I had a good start and just wanted to come here to do my best. I don’t think it was what I expected. It was ok, the 60m doesn’t make that much difference to my 100m.

“A lot of people do run well at 60m but can’t transfer it to the 100m because there’s still 40m to go and anything can happen in that last section.”

Ever the competitor and eternal perfectionist despite her apparent relaxed attitude to the indoor event, Fraser-Pryce's last words confirmed her unwavering focus for preserving her winning reputation.

“Whenever we line up on the start line, we know we’re going to bring it; there’s no ‘oh, tomorrow’,” she insisted.

“We’re always laying it down and I think that’s important in order to run fast times because we’re competing.”

Nicola Bamford for the IAAF 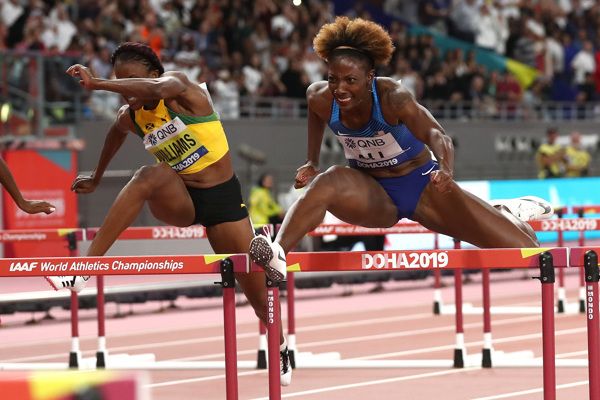