Hassan not ruling out Tokyo treble

Back in the stadium where she broke the mile world record in 2019 before her world title double in Doha, Sifan Hassan revealed that she had not ruled out targeting a treble in Tokyo.

The Dutch 28-year-old ran 4:12.33 for the mile at the Wanda Diamond League meeting in Monaco a couple of months before winning 1500m and 10,000m gold in an unprecedented performance at the World Athletics Championships.

At the Herculis EBS meeting on Friday (9) she will be hoping for another confidence-boosting run at the Stade Louis II stadium – this time in the 1500m – as she prepares for the Olympic Games, where she is entered for the 1500m, 5000m and 10,000m.

Hassan had originally said that the 5000m and 10,000m would be her target in Tokyo, but running 3:53.63 to win the 1500m at the Golden Gala in Florence last month convinced her to keep her options open.

“I had decided to do the 5000m and 10,000m, but when I ran 3:53 something inside of me – the love of 1500m – came back,” explained Hassan, speaking at a press conference on the eve of the Herculis EBS. “I want to keep everything until the last moment because I just want flexibility.

“I say life is not about medals, it is not about gold, it is also about history. I made the decision to run the 1500m (in Doha) even though I didn’t know if it was possible because nobody before had done it (the 1500m-10,000m double).”

Hassan has already made history this year by running 29:06.82 to break the world 10,000m record at the FBK Games in Hengelo. That time took more than 10 seconds off the 29:17.45 Almaz Ayana had run to win Olympic gold in Rio but Letesenbet Gidey went even faster just two days later, running 29:01.03 on the same Hengelo track.

“I just went fast in the last kilometre and I still managed to run a world record, 10 seconds off, and I was very happy,” said Hassan. “But I was also happy that it was broken after two days because I want the 10,000m to become exciting and for me it also gives me more motivation to work hard. I know the Games is not going to be easy.”

Warholm backs up after record run

Freshly-minted world record-holder* Karsten Warholm will race in Monaco for the first time since that historic 400m hurdles performance in Oslo exactly one week ago and said he was ready to perform despite all the excitement of the past week. 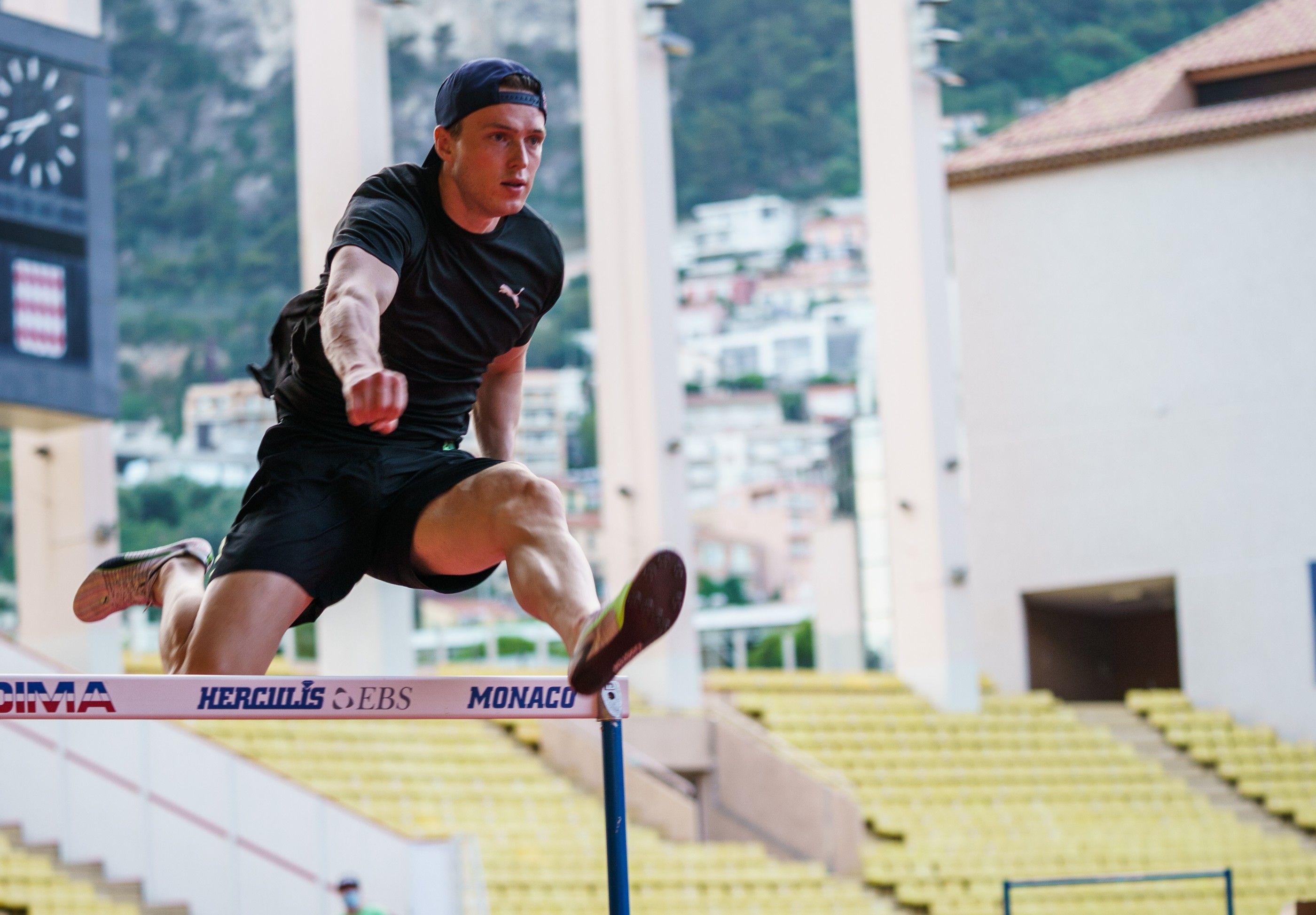 “I think it was just a huge relief (to run 46.70) because I have been thinking about this record for two or three years now. It’s been a long journey and a lot of hard work," he said. “There are a lot of fast guys now and it was very important to me that I was the first to get it from Kevin Young (who held the record for 29 years).

“It’s been a very special week, of course and it’s extra-special because the world record is one thing but to do it at home in Oslo at the track where I train every day and also the first time having people back in the stadium in Norway, it was special to do that in front of family, friends and Norwegian fans. I am very happy, but at the same time I have been trying to cool down and get some energy back because I want to run fast in Monaco.

“The good thing now is that I don’t have to chase the world record any more. Now I can only chase a personal best. If expectations are high it’s a result of me doing a good job and performing at a high level and I can live with that.”

In his typical light-hearted style, Warholm compared the time spent waiting for the record to come with the arrival of a new baby.

“I think this is something similar because you’ve been waiting for this for a long time and then it happens and you get really tired afterwards,” he said. “I think it’s mental but also physical, but I have been able to land pretty well and it’s part of my job to do good races so I really think I am ready to go again.”

He was scheduled to race his closest challenger, American Rai Benjamin, in Monaco but Benjamin elected not to travel to Europe.

Warholm said he was disappointed to lose that opportunity but added that it would make their meeting in Tokyo “even more exciting”.

Fraser-Pryce in the mood to run fast

Reigning world 100m champion Shelly-Ann Fraser-Pryce has also arrived in Monaco in a good frame of mind having achieved one of her career goals by dipping under 10.70 at the Jamaican Olympic trials last month, where she set her personal best time of 10.63, the fastest time in the world this year.

“I have never run 10.6 before, and what a time for that to happen," she said as she aims towards a fourth consecutive appearance on the Olympic 100m podium, and the opportunity to become the first woman to win three 100m gold medals.

But women’s sprinting is currently at an all-time high globally and the challenge was underlined in her most recent race, where she finished second to fellow Jamaican and current Olympic champion Elaine Thompson-Herah (10.71) at the Continental Tour Gold meeting in Hungary on Tuesday night. 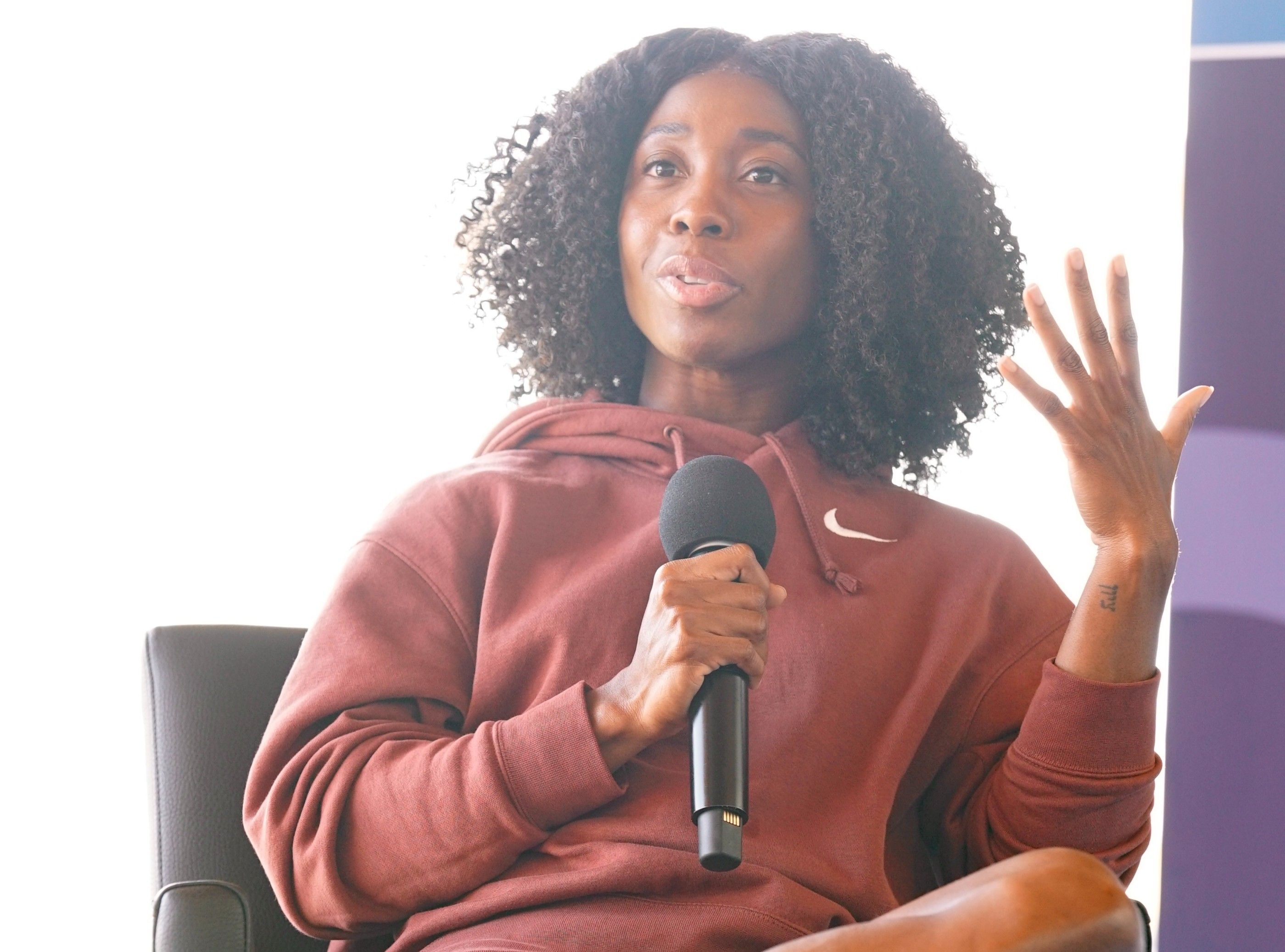 Fraser-Pryce said she had learned her lesson in that race and would “use it as fuel” for their next meeting.

She will run the 200m in Monaco, meeting Shaunae Miller-Uibo in a high-calibre race, and she hopes to improve on the 21.79 clocking she registered in Kingston two weeks ago, which is the second fastest time in the world this year.

The Jamaican female sprinters have shown exceptionally good form this year but the men have been less dominant internationally without their long-time leader, the world record-holder and triple Olympic 100m champion Usain Bolt.

Fraser-Pryce’s advice to her countrymen is not to try to be like Bolt.

“They don’t need to think about filling Usain’s shoes," she said. "Those are huge shoes to fill. They just have to focus on themselves and on showing what they have to offer to the sport.”

That’s advice that the man seen as most likely to win the 100m in Tokyo, American Trayvon Bromell, has already taken on board.

He said his goal was not so much to win gold medals but to send “a message of hope” to children that they could succeed no matter what their circumstances.

With a personal best of 9.77 set this season and a win at the US Olympic Trials under his belt,  Bromell is expecting another quick 100m race when he takes to the Stade Louis II track.

“It’s a beautiful line up, great athletes, I think we’re going to see a lot of fast times,” said the 2016 world indoor champion, who will face his fellow Americans Ronnie Baker and Fred Kerley – second and third behind him at the Trials – plus Canada’s Andre De Grasse and South Africa’s Akani Simbine. “I know it’s going to be a great meet all around.”

Rojas has 16 metres in her sights

Given her superb start to the season, it’s no surprise to hear that Yulimar Rojas has some lofty goals and the next step on her journey as she aims for a 16-metre leap will come in Monaco.

Venezuela’s two-time world triple jump champion jumped 15.43m in May for an outdoor PB which matches the mark she achieved in 2020 to break the world indoor record. That performance in Andujar was just seven centimetres shy of Inessa Kravets' world outdoor record, set two months before Rojas was born, and she is focused on taking things step by step as she works towards even longer leaps and the Olympic Games.

“Monaco is always a fantastic meeting,” said Rojas, speaking through an interpreter. “My main objective here is to have fun and perform well. This year I have had a couple of big fouls which have given me added motivation. It makes me confident that something big is out there for me, I just have to wait for the perfect moment.”

On having 16 metres in her sights, the 25-year-old added: “I am someone who always thinks big. I believe working hard and dreaming big are key to achieving one’s goals. I know 16 metres sounds unattainable, but I think it is doable for me. I will take it step by step, trust in the hard work we are doing in training and aim for it.”

Having chosen to focus on training rather than competition so far this season, Kevin Mayer is another athlete who has gained confidence from the work he has been putting in. The world decathlon record-holder will test himself in the long jump in Monaco, as he lines up as part of a field also featuring world champion Tajay Gayle and world indoor champion Juan Miguel Echevarria.

“I have changed a lot of things in the long jump, maybe this is the event in which I changed the most things, so I wanted to check on this one,” explained Mayer, also speaking through an interpreter. “It’s a good rehearsal for me. I have been changing technique to avoid injuries in the high jump and long jump. I know I have made progress but I want to be sure, which is why I have come here to test myself in this event.” 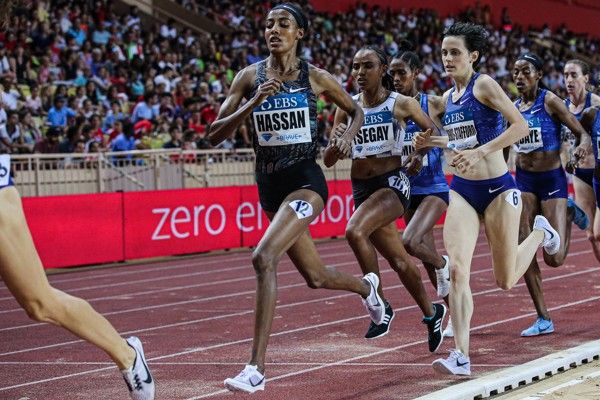