The leading athletes of 2021 will be crowned later this year at the World Athletics Awards 2021.

Following last week’s announcement of the 10 nominees for the Male World Athlete of the Year 2021, we take a closer look at their seasons. 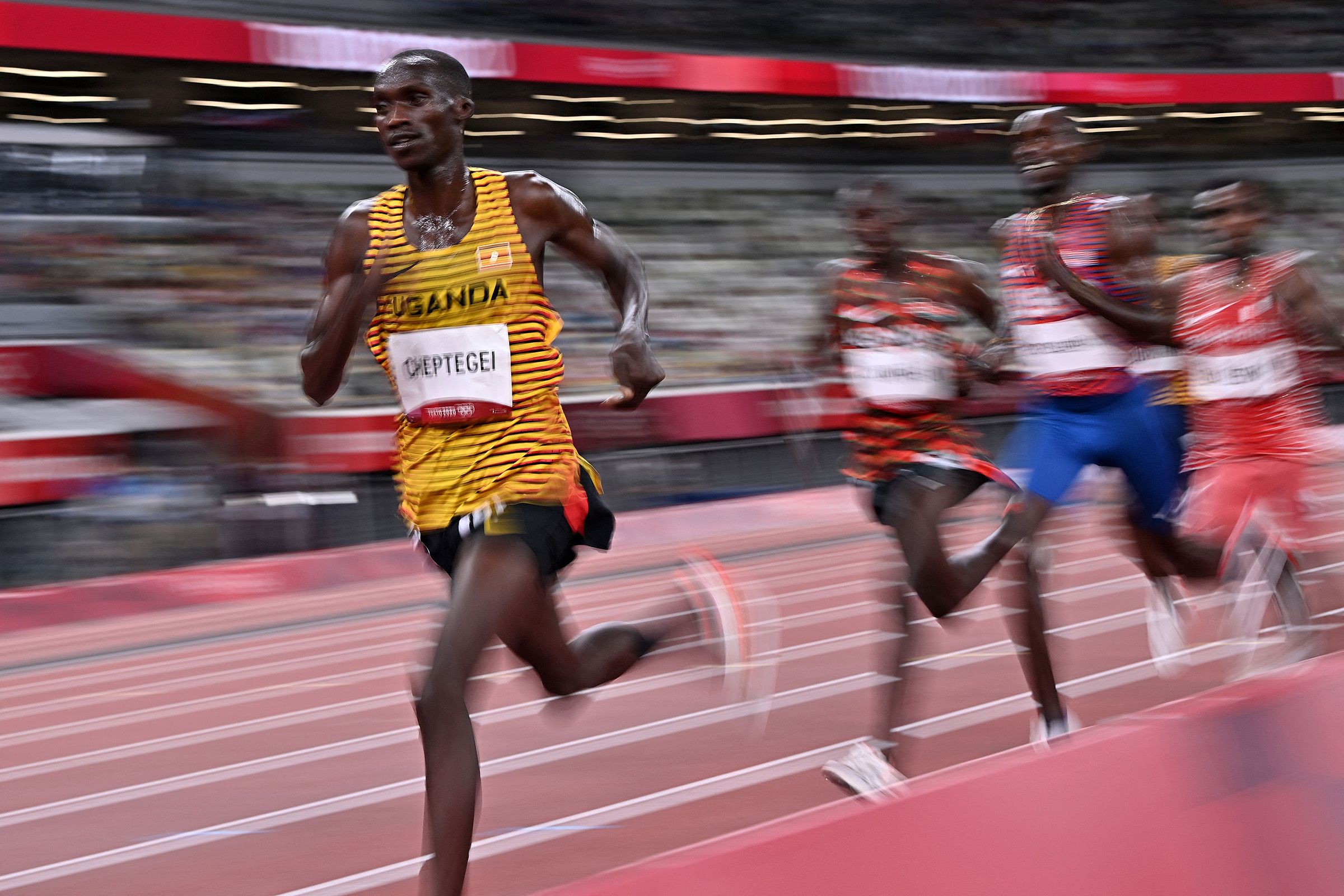 The Ugandan distance runner built on his record-breaking 2020 season with a strong 2021 campaign that included two Olympic medals and victories on the Wanda Diamond League and Continental Tour Gold circuits.

He took silver in the 10,000m at the Tokyo Olympic Games, then one week later struck gold in the 5000m with 12:58.15, the second-fastest time in Olympic history. With gold and silver medals to his name, he returned from Tokyo with the best individual medal haul of any male track and field athlete at the Games.

Two weeks later, he won over two miles at the Wanda Diamond League meeting in Eugene, clocking a world-leading 8:09.55. Earlier in the year he had earned victories over 5km on the roads in Monaco and over 3000m at the Continental Tour Gold meeting in Ostrava. 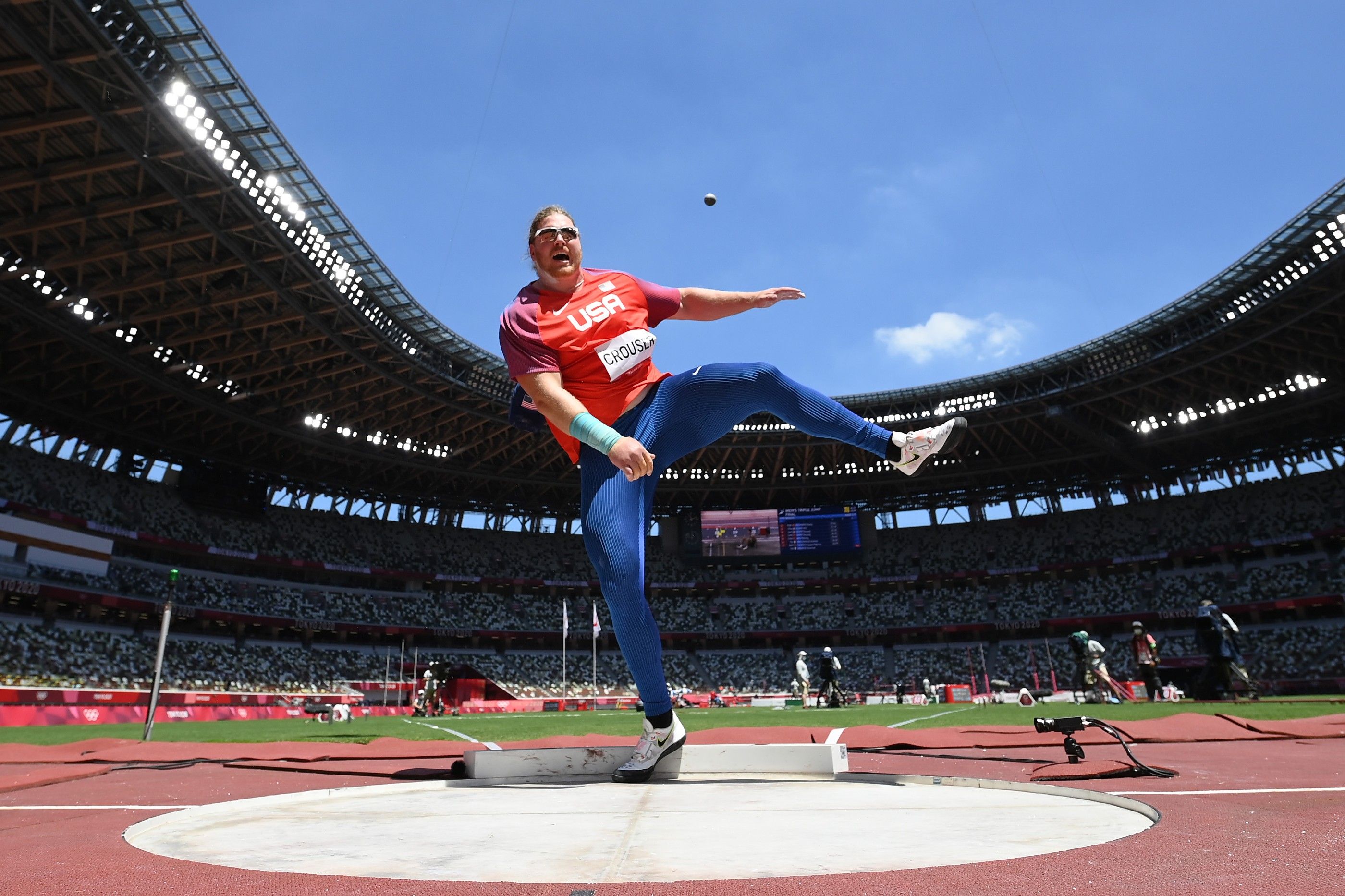 To say that Ryan Crouser has dominated his event in 2021 would be one of the biggest understatements of the year.

Undefeated in all 15 competitions, the US shot putter threw beyond 22 metres an incredible 58 times. Only five other men in the world surpassed that barrier this year; indeed no other man in history has achieved more than 50 marks beyond 22 metres across an entire career.

Crouser smashed the world indoor record in his second competition of the year, throwing 22.82m. Five months later, he added the outdoor world record to his name with a heave of 23.37m at the US Olympic Trials. He came close to that mark when winning gold in Tokyo with an Olympic record of 23.30m, then upon his return to the USA he won in Eugene with a Wanda Diamond League record of 23.15m. A few weeks later, he won the Diamond trophy with another dominant display in Zurich. 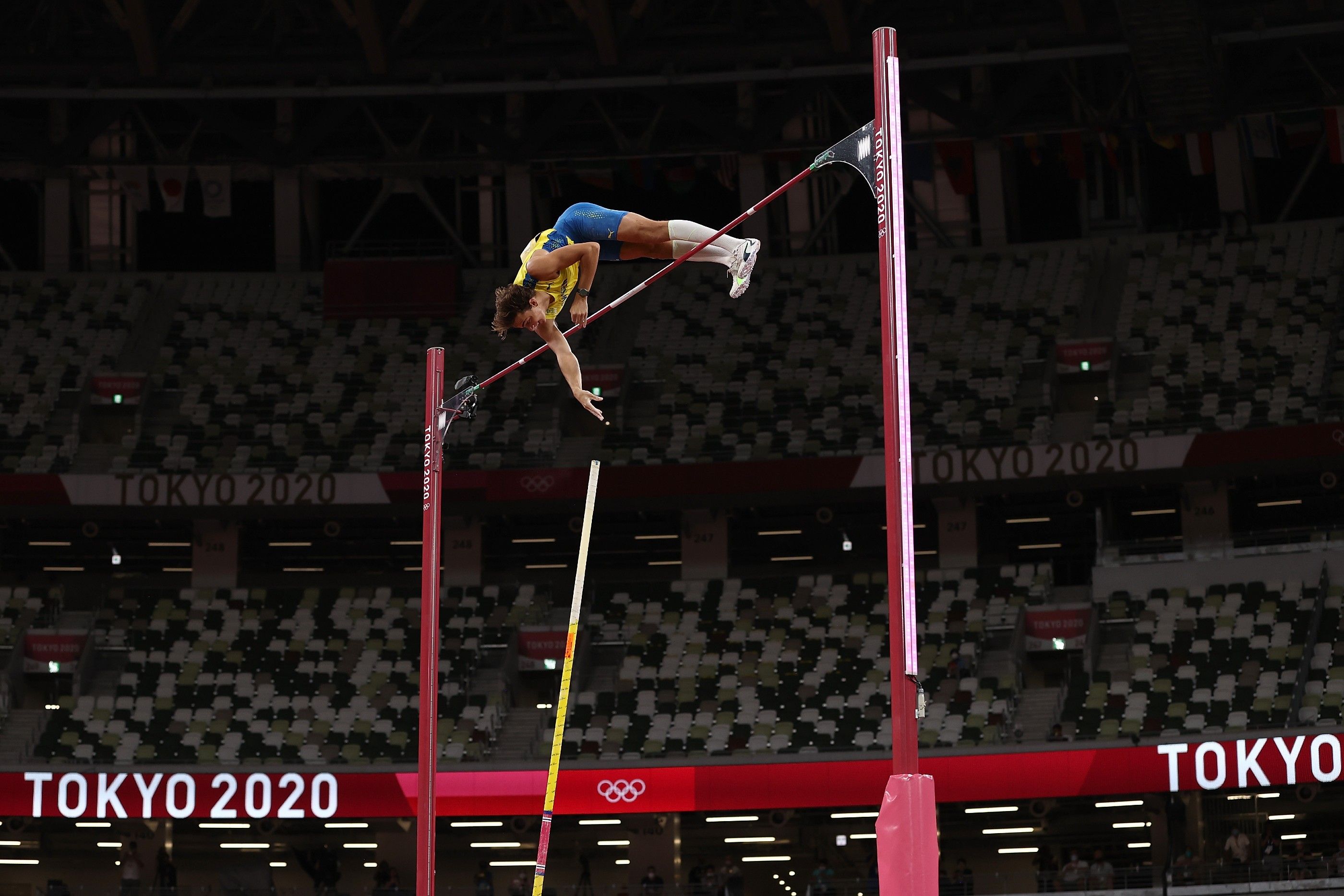 This year he achieved 14 six-metre clearances – more than any other vaulter in history has managed in a single season – as well as winning Olympic gold, the European indoor title and the Diamond trophy.

Duplantis sailed over 6.02m at the Olympic final in Tokyo, the second-highest clearance in Games history. He also cleared world-leading heights of 6.10m indoors and outdoors, and won 15 of his 17 competitions, attempting a would-be world record height of 6.19m in 11 of those. 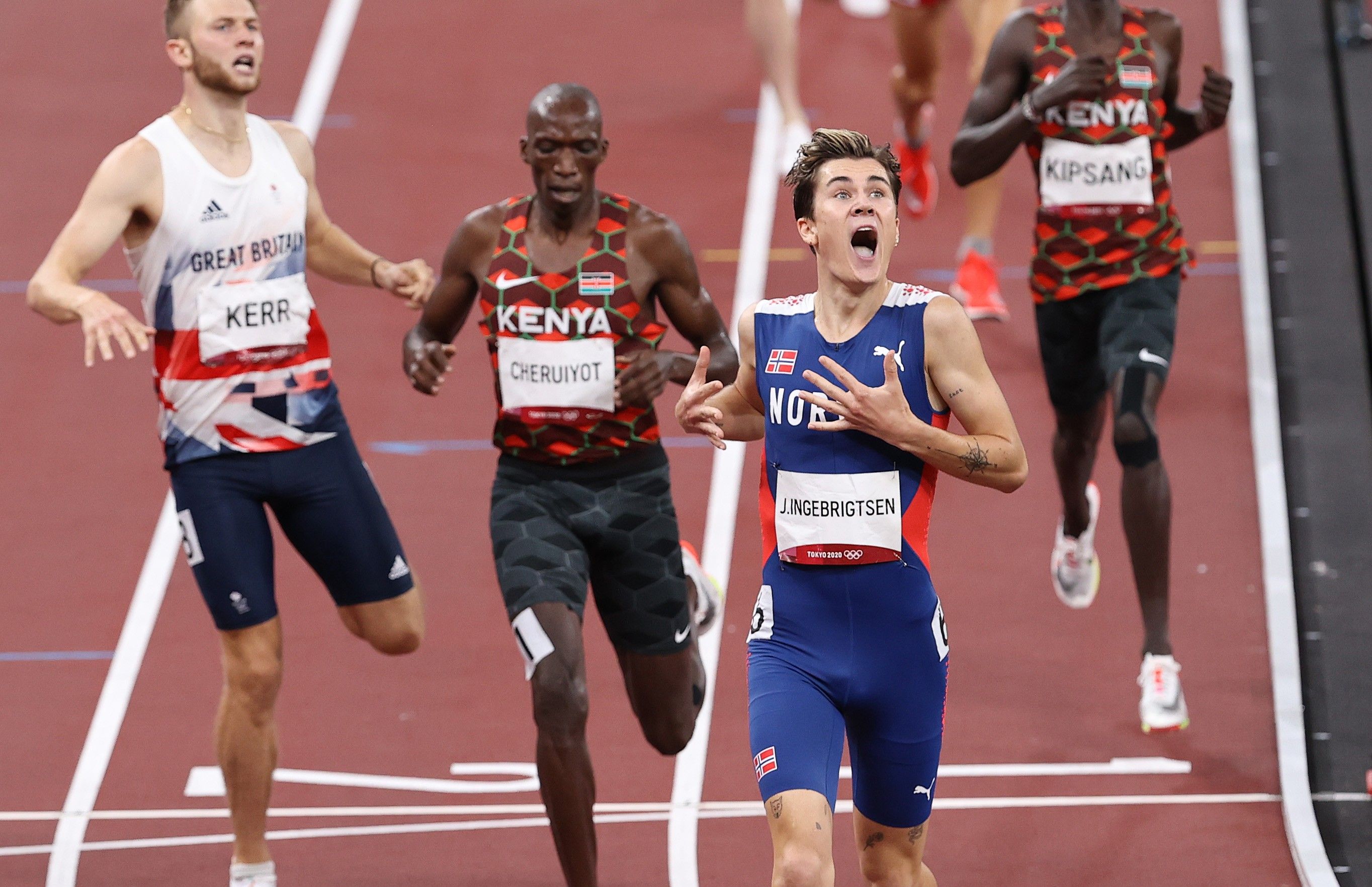 After years of breaking age-group records and winning continental titles, the Norwegian middle-distance runner came of age in 2021.

He won the 1500m and 3000m double at the European Indoor Championships in March, having broken the European indoor 1500m record with 3:31.80 just four weeks prior. Outdoors, he beat a world-class field to win the 5000m at the Wanda Diamond League meeting in Florence in a world-leading European record of 12:48.45.

But the highlight of his season came at the Olympic Games in Tokyo where he won the 1500m in an Olympic and European record of 3:28.32. 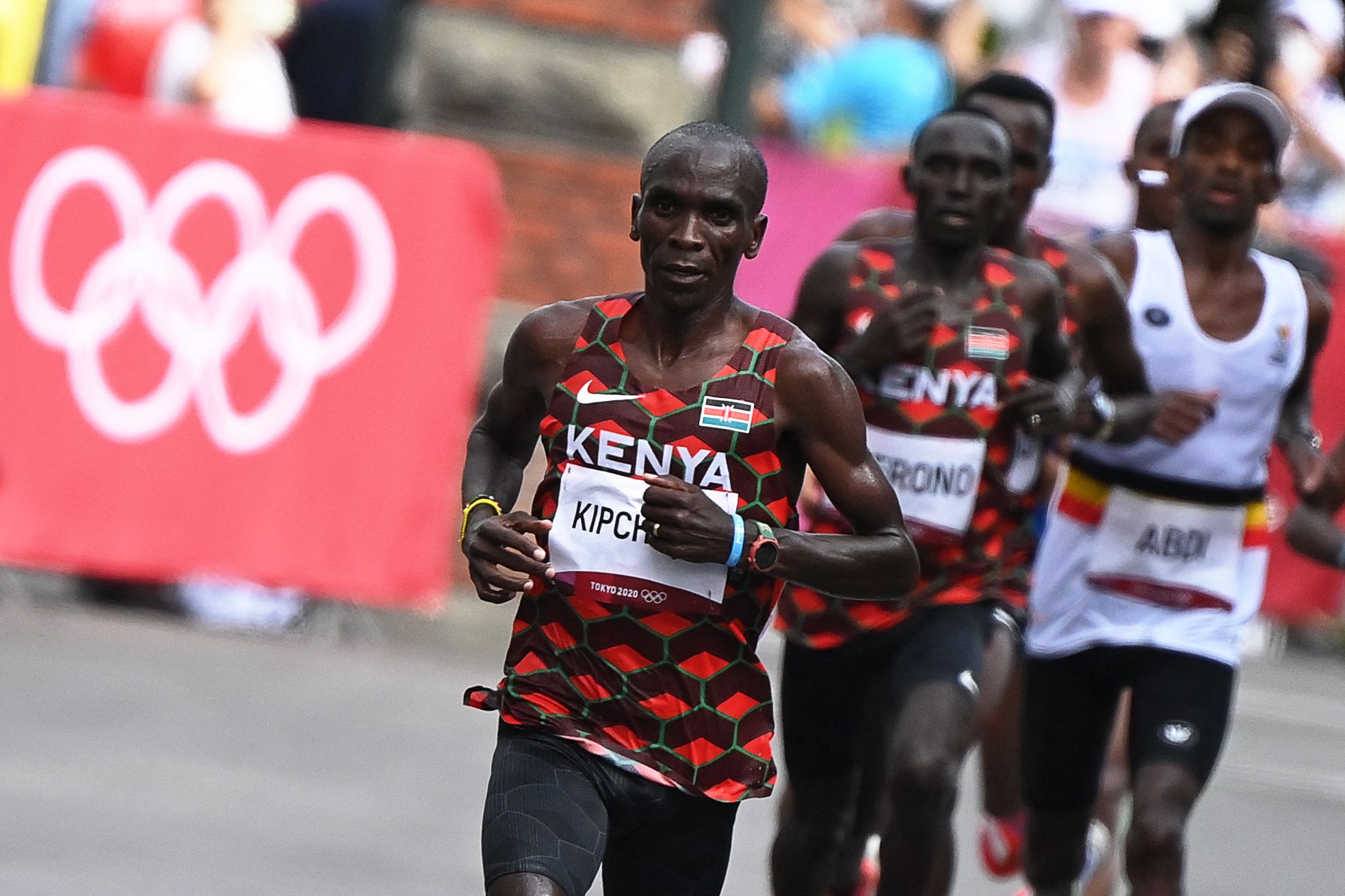 The legendary Kenyan distance runner may have raced just twice in 2021 – a fairly standard schedule in marathon-running terms – but both times he defeated large world-class fields.

He opened his season in April at the NN Mission Marathon in Enschede. Up against 45 world-class marathon runners all seeking fast times and qualifying marks, Kipchoge outclassed them all, winning by almost two minutes in 2:04:30, a world-leading mark at the time.

The big focus of his season, however, was the Olympic Games and he duly retained his marathon crown on the streets of Sapporo. He won in 2:08:38 and finished 80 seconds ahead of his nearest opponent – the largest winning margin in a men’s Olympic marathon since 1972. He capped his season by winning the Wanda Diamond League title in Zurich, having also won at the stops in Eugene and Gateshead. 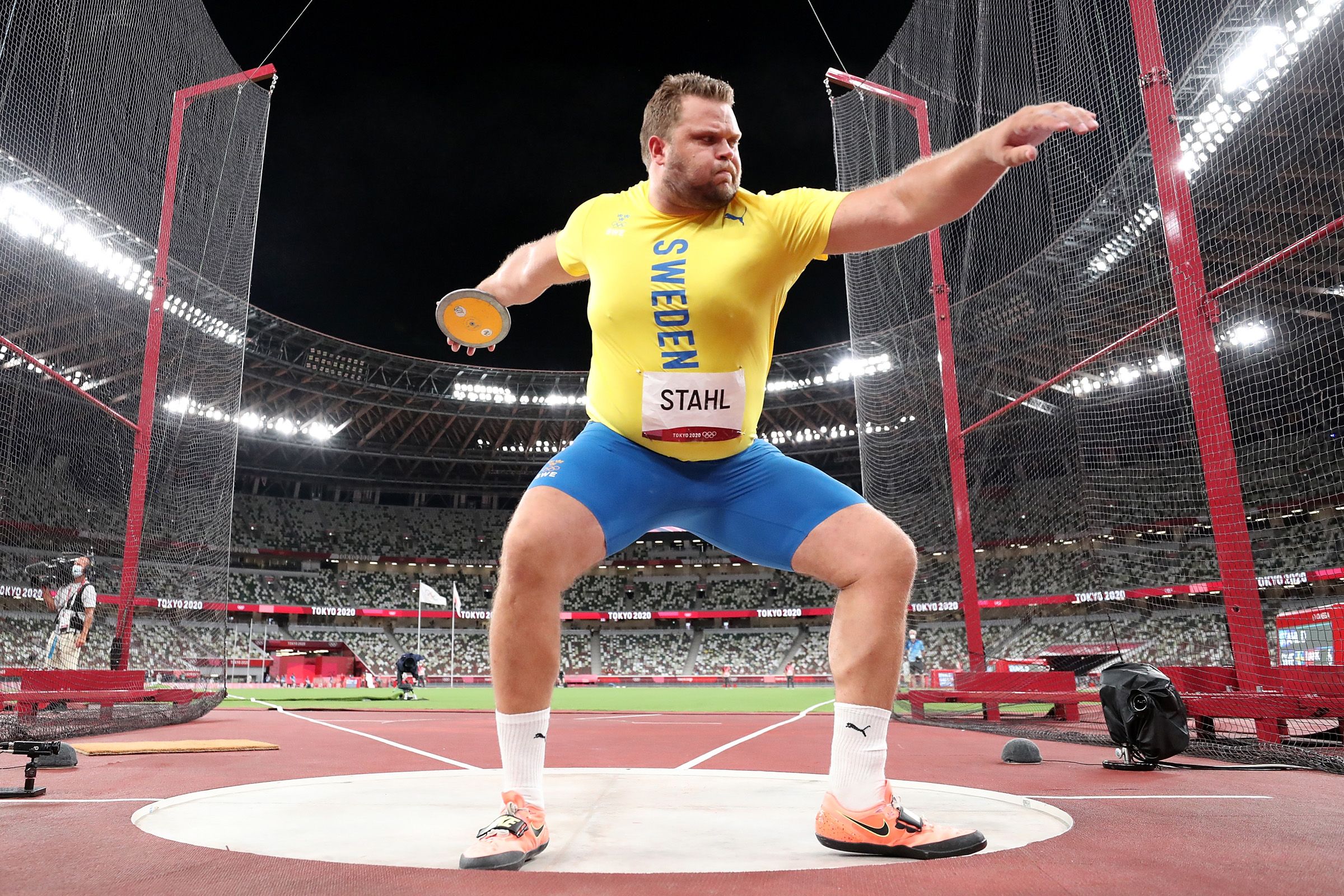 The Swedish discus thrower was one of the most prolific and consistent performers on the international circuit in 2021.

Following a couple of early season defeats, Stahl went on to win 18 of his 2020 competitions this year. That streak includes his 68.90m victory at the Olympic Games and his 66.49m triumph at the Wanda Diamond League final in Zurich.

He also threw beyond 70 metres four times this year, topped by a world-leading heave of 71.40m in Bottnaryd in July. 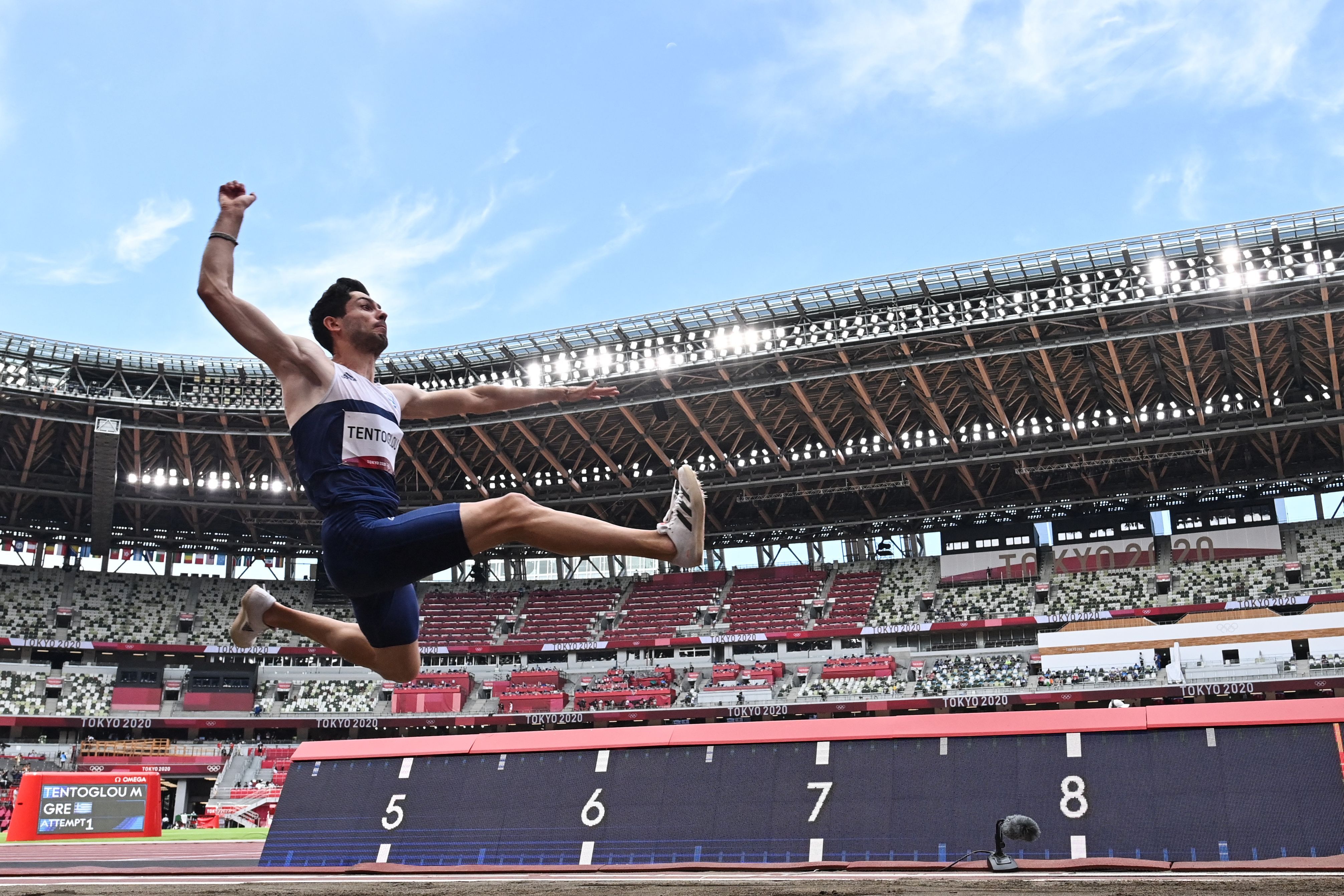 From mid-February onwards, the Greek long jumper maintained a winning streak that lasted up to and including the Olympic Games in Tokyo.

Tentoglou won the European indoor title with 8.35m, a world-leading mark at the time. He opened his outdoor campaign in May with a world-leading 8.60m in Athens, backing it up a couple of weeks later with a 8.48m victory at the Greek Championships.

Following a win at the Wanda Diamond League meeting in Monaco, he headed to the Japanese capital and, in a close contest, won on countback with a leap of 8.41m. 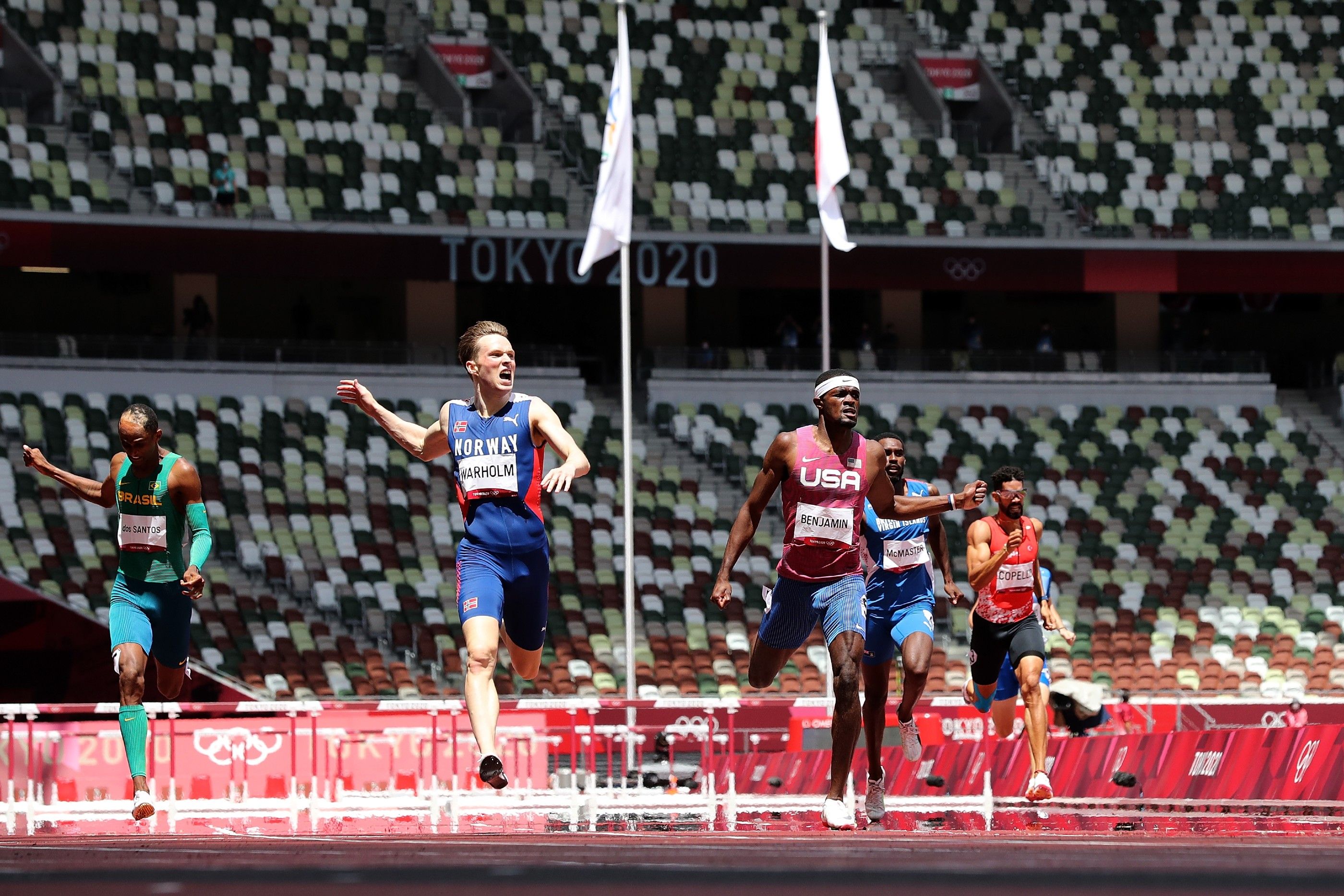 With his victory at the Olympic Games in Tokyo, the Norwegian 400m hurdler produced one of the most remarkable performances in athletics history.

After leading rival Rai Benjamin came close to the mark at the US Olympic Trials, Warholm broke the world record at the Wanda Diamond League meeting in Oslo with 46.70. It set the scene for an enthralling clash between the pair at the Olympic Games which still managed to exceed all expectations.

Pushed all the way by Benjamin, Warholm triumphed in a stunning world record of 45.94 in a race where the top three athletes finished inside the pre-2021 world record. Warholm went on to win the Wanda Diamond League crown with a 47.35 victory in Zurich. 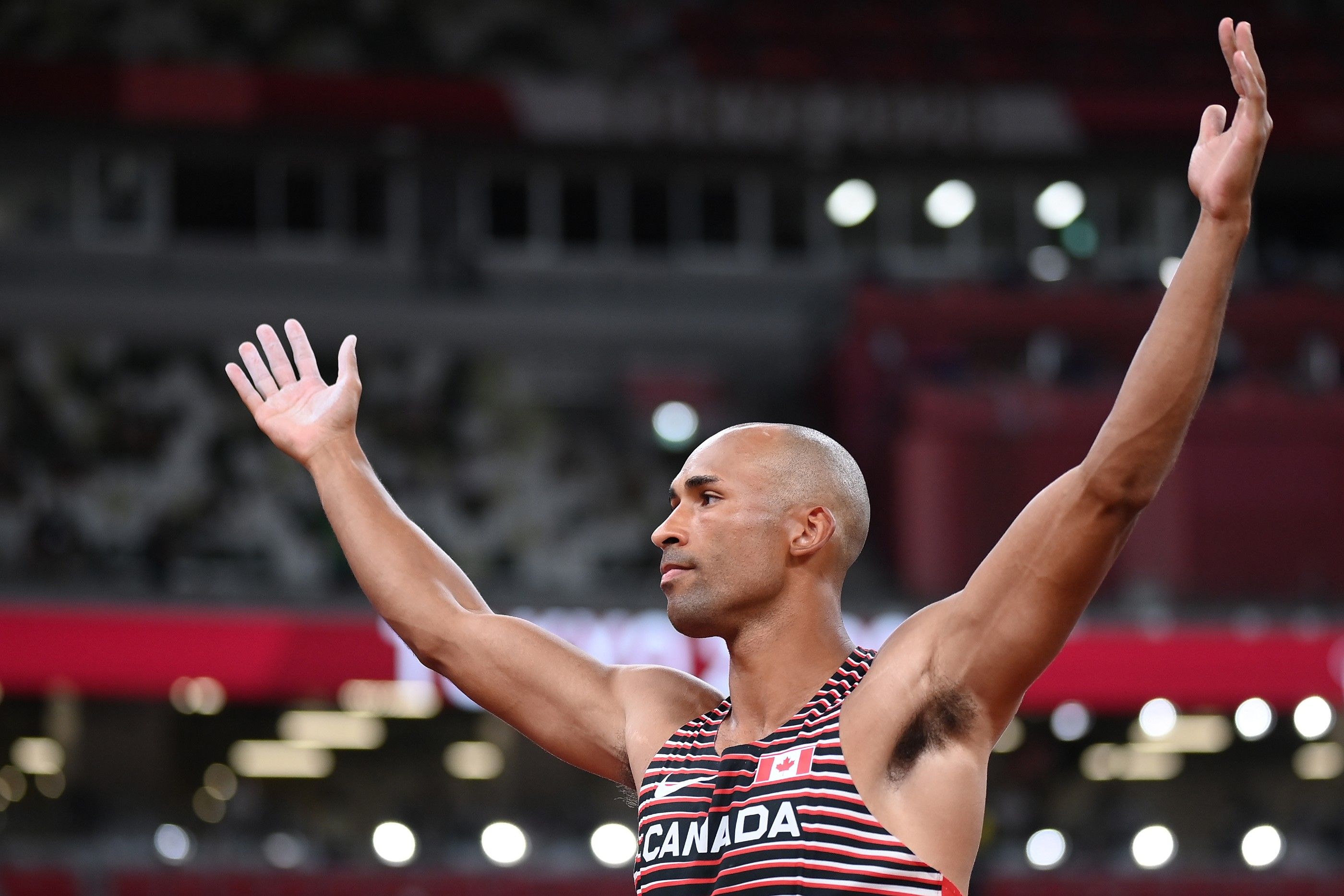 A five-time medallist at past global championships, the Canadian decathlete finally secured his first major title by winning gold in Tokyo.

He did it in style, too, setting an Olympic record of 9018. Across the two days of competition, Warner equalled his own world decathlon best in the 100m (10.12) and set Olympic decathlon bests in the long jump (8.24m – farther than the bronze medal-winning distance in the individual event) and 110m hurdles (13.46). His winning score made him just the fourth man in history to surpass the 9000-point barrier.

Earlier in the season, he earned a record sixth victory at the Hypo Meeting in Götzis, scoring 8995. During that series, he set world decathlon best of 8.28m in the long jump – a mark which also broke the Canadian record – and 13.36 in the 110m hurdles. 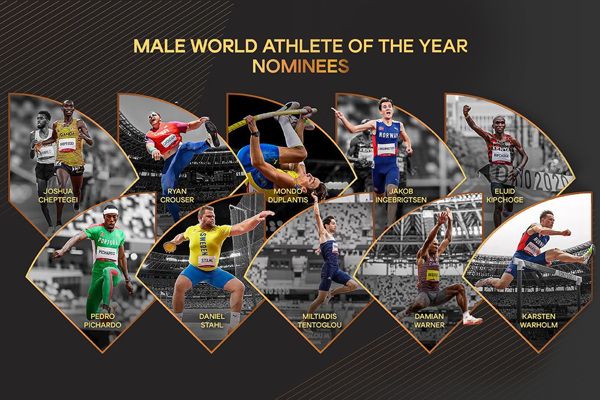 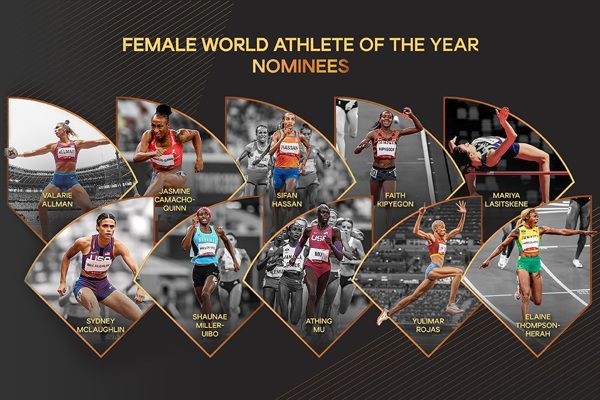 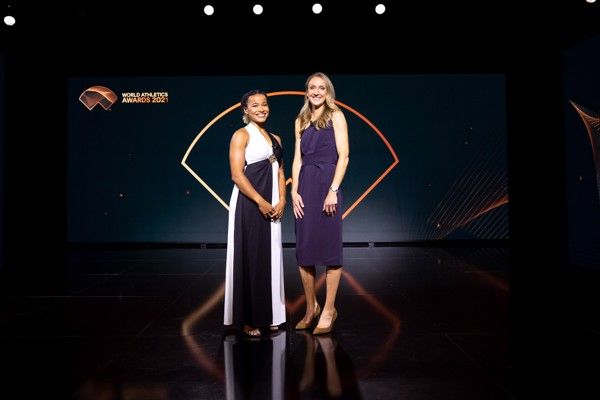