Thomas Barr: I love hurdling because...

European bronze medallist Thomas Barr explains how inspiring the next generation is the ultimate bi-product of competing in the 400m hurdles.

“When I was younger my parents were very encouraging of us that we try out everything that we could, both myself and my two sisters. I first tried athletics when I was probably eight or nine years old, but I tried out everything else: soccer, rugby, swimming, basketball – you name it, I gave it a go. But athletics is the one that I stuck with.

“It was genuinely just because I enjoyed it: it’s where I made a lot of my best friends. What kept me coming back was the social side of things rather than skill or talent. Until I was about 18 years old I was a very, very mediocre athlete. I was not the one who was going to be going very far.

“I tried out every different event. I was actually a high jumper for a couple of years, but then I started dabbling with the 400m hurdles. We used to have a long sprint session and a short sprint session, and through the summer, you could choose to do the long sprint session on the flat or over the hurdles, and I used to prefer over the hurdles because it broke it up. It was something a little bit more interesting, and I had enjoyed the short hurdles when I was a kid – the 80m hurdles, that kind of distance. I don’t think I could get over the three-foot-six-inch hurdles: I’m not fast enough.

“Even after a period of training in the 400m hurdles, I still wasn’t at a very high level. I was running 56-seconds when I was 17/18. Then I moved to college [in Limerick, Ireland] and joined a new training group with my current coaches, the Harrisons [wife-and-husband duo Hayley and Drew]. That was when things really started to improve. I was getting a lot of technical coaching and in one year my PB came down from about 56 to 50 seconds.

“I didn’t even realise I was improving as much as I was. My coaches were telling me I could make it to the European Junior Championships that year. I was of a completely different mindset, to the point that I booked a holiday for the same time. I went to the Juniors and then went on holidays after – I ended up coming sixth and that’s what really kicked off my running career as such. I still went to Santa Ponsa, in Spain, with all my friends!

“I won the University Games four or five years after, but that Europeans result was definitely my breakthrough, when I felt, ‘OK, this is more than a social thing, a hobby, I could actually make something of it’. Although, to be honest, at the time I didn’t look at it as more than a social thing. The reason why I trained every day was I loved training and made a lot of friends from it. The following year I went to European U23s and finished eighth, then went to European seniors, didn’t do too well but I was only young – it just built year on year.

“Because I never took athletics too seriously as a kid, I think I’ve taken that through, in that I don’t take it over seriously now. Obviously I have to focus at the right time, but I know when I’m in that relaxed head space, that’s when I know I can perform at my best.

So close: Thomas Barr after finishing fourth at the 2016 Olympic in Rio de Janeiro

“In Rio, it was easy to be relaxed because there was no pressure on me to do well as I’d been injured for so long. Through the rounds I improved substantially, to the point I made a breakthrough I never thought I would – going sub-48 [a national record 47.97 for fourth in the final].

“At the Europeans this year it was the same. I tried to maintain that relaxed attitude. I’d done the hard work, and I kind of knew what sort of shape I was in. I thought, ‘All I can do is give it my best shot’. All the talk, the pressure that the public and the media were putting on me, I’ve experienced it before and I know that it’s just noise.

“Was European bronze the best of my career so far? I think so. Fourth in Rio is substantial, maybe that performance is even better than the one in Berlin. But to have an actual medal is worth more. The fact that two of the guys ahead of me are two of the strongest in the event at the moment. It was a tough final, a tough bronze. That could well have been a world or Olympic final, with the inclusion of a couple of other guys. So it is the highlight of my career so far, to physically have the medal. I could have been fourth again and been that nearly man.

“Now I know where I’m at and know that I can perform – I suppose I was an unknown before, I thought maybe medal territory was somewhere I could get to – I want to improve my PB and get back into medals, with the World Championships next year and then on to 2020.

“Inspiring the next generation is something that’s an absolute bonus for me, a great bi-product of what I’m doing. I never saw myself as a role model before, but now I know I’m in a position where people do look up to me and are interested in what I’m doing. It took a lot of time to get used to that, but the fact I can show a group of kids my medal and they’re absolutely in awe, them all being really interested, having fans – it’s absolutely brilliant. If me meeting them can generate so much excitement, I want to do that. It’s so easy for me to do but they get so much from it.

“The Irish, in particular, are so enthusiastic with sport. The whole country gets behind an athlete, a sportsperson, or a team, if they do well. It’s amazing what sport can do for a country, how it can change the mood and give such an uplift. I love being part of a positive story like that. It’s intense, but it’s absolutely amazing.”

BACK
Pages related to this articleAthletes
Thomas BARR 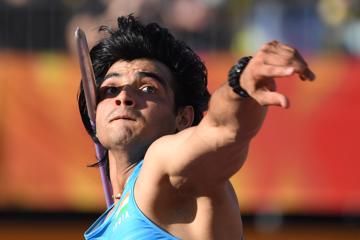 Neeraj Chopra: I love throwing because...... 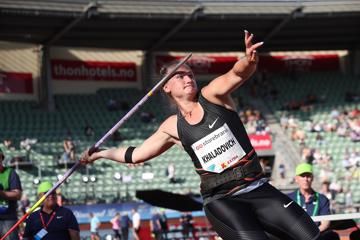 Tatsiana Khaladovich: I love throwing because... 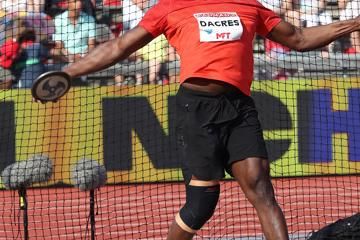 Fedrick Dacres - I love throwing because…... 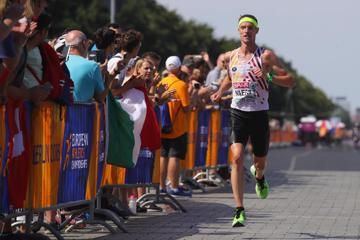