That moment when… Buchel first cracked the two-minute barrier

Two-time European indoor 800m champion Selina Buchel decimated her previous 800m personal best by more than two seconds at the 2015 IAAF Diamond League meeting in Paris. The 25-year-old from Switzerland fondly reflects on that stunning breakthrough performance in the French capital and the significant role it played in her career.

“Earlier that season I knew I was in good form. I had competed in a series of smaller races and set a PB of 2:00.14 in Oordegem. Then at the European Team Championships three weeks later, I started to have problems with my achilles tendon. For the week that followed I trained only on the bike and just three days before Paris I didn’t even know if I would compete.  But two days before the race, I completed a track workout and decided to run.

“It is never easy to get an invite to compete in such a quality race, so I was pleased to be given the chance to compete against the best in the world. I knew I was in good shape (despite the short period with the achilles niggle). I was in there to do my best and fight for a good time.

“The race went off at a fast pace and a group of about four or five athletes were in the lead group behind the pacemaker. I was in the second group, but the pace slowed at about 300 metres and I slowly made up the gap on the lead group. I remember passing either 400 or 500 metres and I was aware I was on for a pretty special time.

“It was strange that the final 300 metres did not feel too painful and I remember in the final metres moving up from fourth to third. I was initially elated simply to finish third in the race. I then saw that the race winner Eunice Sum had run 1:56.99, so I knew I must have run under two minutes.

“It was only in the mixed zone when a reporter told me I had run 1:57.95 for a national record was I aware of the time. I couldn’t believe it.

“It was crazy to think about. I didn’t think I could run such a time. This performance was so significant for me because it gave me a lot of self-confidence. Since then every time I train or line up for a race, I do so knowing I can run 1:57. Knowing I have done this once has given me the belief that I can do it again. This has been very important for my career.” 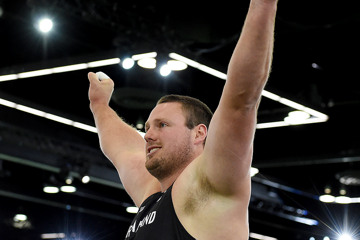 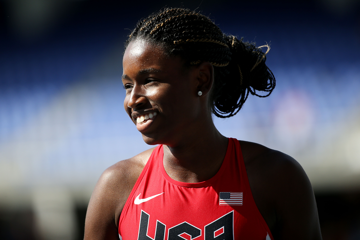 That moment when… Hill won her first world U1... 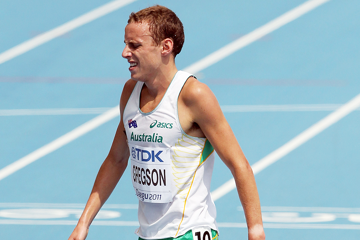 That moment when… Gregson enjoyed his first s... 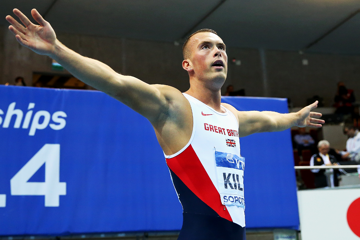