Kevin Mayer's story behind the picture

“This spontaneous moment of celebration perfectly sums up just how I felt to break the world record.

“It has been some journey to reach this point. It was very tough for me to return to training after the disappointment of the European Championships in August (when Kevin no-marked in the long jump discipline of the decathlon).

“I was immensely frustrated by what had happened in Berlin but I was fuelled by a desire to express myself in Talence (in September) and win it for my country because it had been a long time since a Frenchman last won the Decastar competition (Laurent Hernu in 2003).

“There was a lot of talk about a potential world record before the competition and I faced a lot of pressure. Of course, I knew I could break the record but the decathlon in not like the 100m – all ten events have to be perfect to break a world record and I thought to achieve this goal might still be one or two years away.

“The key event for me on my road to the world record was the high jump. I was not too confident leading into this event because I felt a lot of pain in my ankle. But I managed to clear 1.99m, 2.02m and 2.05 all with my third attempt, which was a huge boost.

“I remember waking up for day two of the competition feeling terrible. I had pain everywhere all over my body. I think the energy used for a 9000 point decathlon is far greater than for an 8000 point decathlon and that it why I was feeling so much pain.

“I didn’t even warm up ahead of the 110m hurdles while during the pole vault and javelin I felt extreme fatigue. Another factor to consider is the scheduling of the Decastar is different to a decathlon at a major championships, where after the pole vault or shot put you may get four or five hours rest. At the Decastar there is only one or two hours between disciplines.

“The greatest emotion for me came after the javelin. I was in terrible physical condition but still managed to throw a PB of 71.90m – I can’t explain how I managed this.

“Leading into the 1500m every part of my body hurts but I knew if I held everything together the world record was mine.

“The next day I received a call from Ashton Eaton, the former owner of the world record. For me, Ashton was always a great example as a decathlete. He is a great guy and for him to say ‘how proud’ he was of me was very emotional.”

BACK
Pages related to this articleAthletes
Kevin MAYER 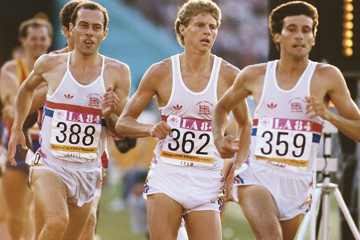 Neil Loft’s story behind the picture of three... 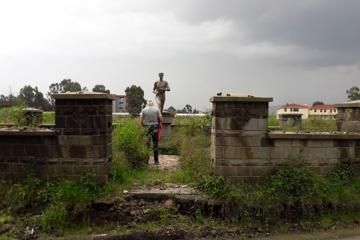 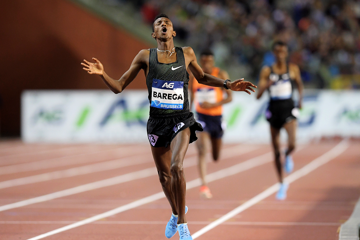 Selemon Barega’s story behind the picture... 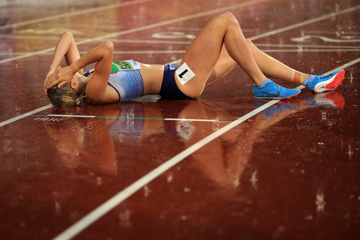 Niamh Emerson’s story behind the picture...